Throughout the (very) early campaign season, we’ve been doing occasional podcasts discussing our “totally subjective odds” — where our analysts get together and riff on the little data we have to handicap the 2016 presidential nominations from each party.

Recently, NY1’s “Inside City Hall” invited the subjective odds team on to the program. Below, find our latest odds, some highlights, and a link to Nate Silver, Harry Enten and Micah Cohen talking with NY1 host Errol Louis. 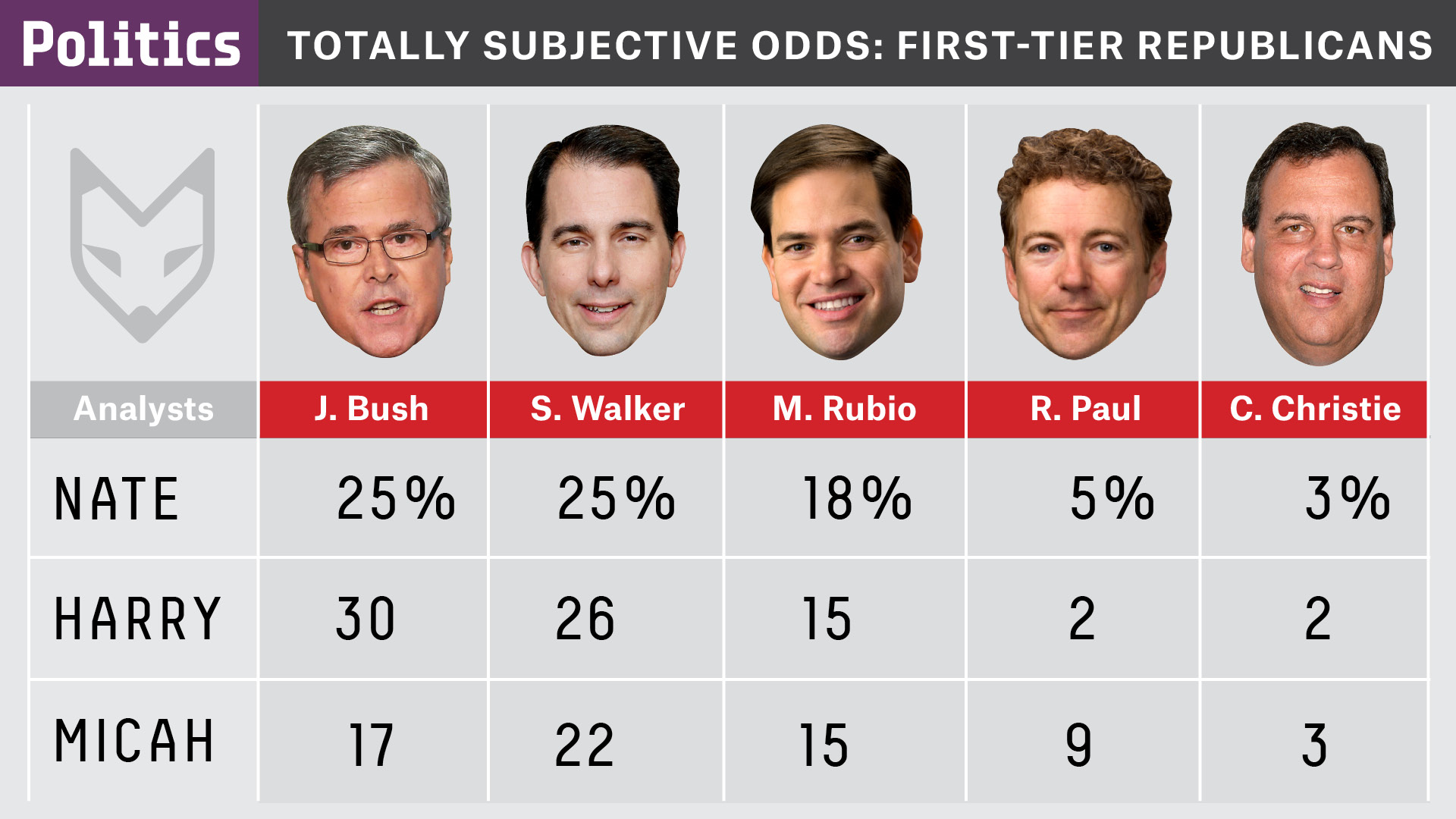 What Really Matters This Early

Micah Cohen: “The big one is endorsements. Support from the party establishment matters a ton in what we would call the ‘invisible primary’ — before votes are even counted. Christie doesn’t have much of it. He’s not exactly beloved within the GOP establishment.” 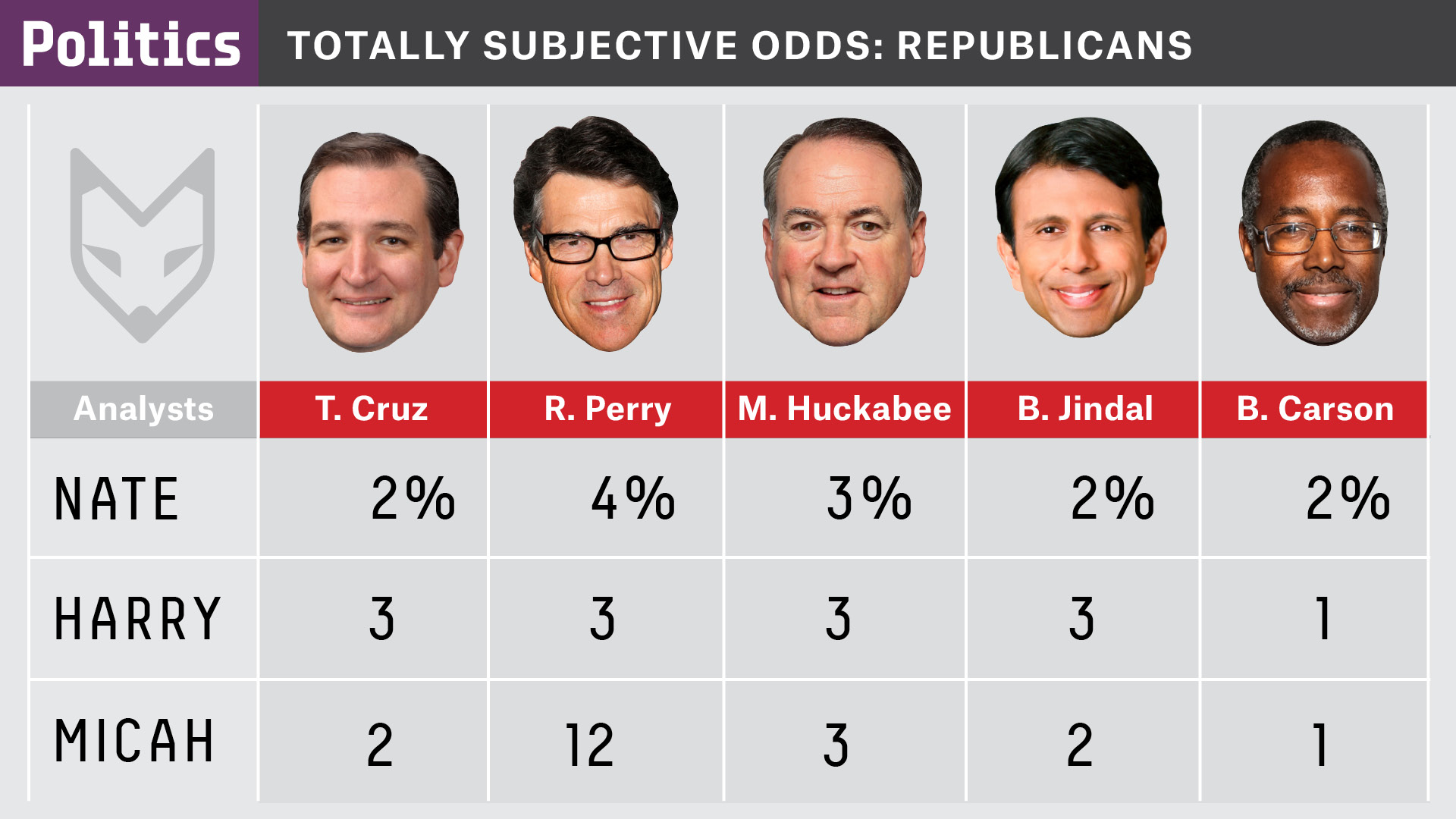 Can Huckabee Make a Move in Iowa?

Harry Enten: “Winning Iowa is nice — it’s pleasant — but more often than not, the Republican who ends up winning Iowa doesn’t end up winning the nomination. You run into a wall in New Hampshire, which is pretty much at the opposite end of the spectrum from Iowa in terms of religiosity. So Huckabee could win in Iowa, but when you look at the party apparatus, those party actors who are so important, they are going to stop Huckabee, for any number of reasons.” 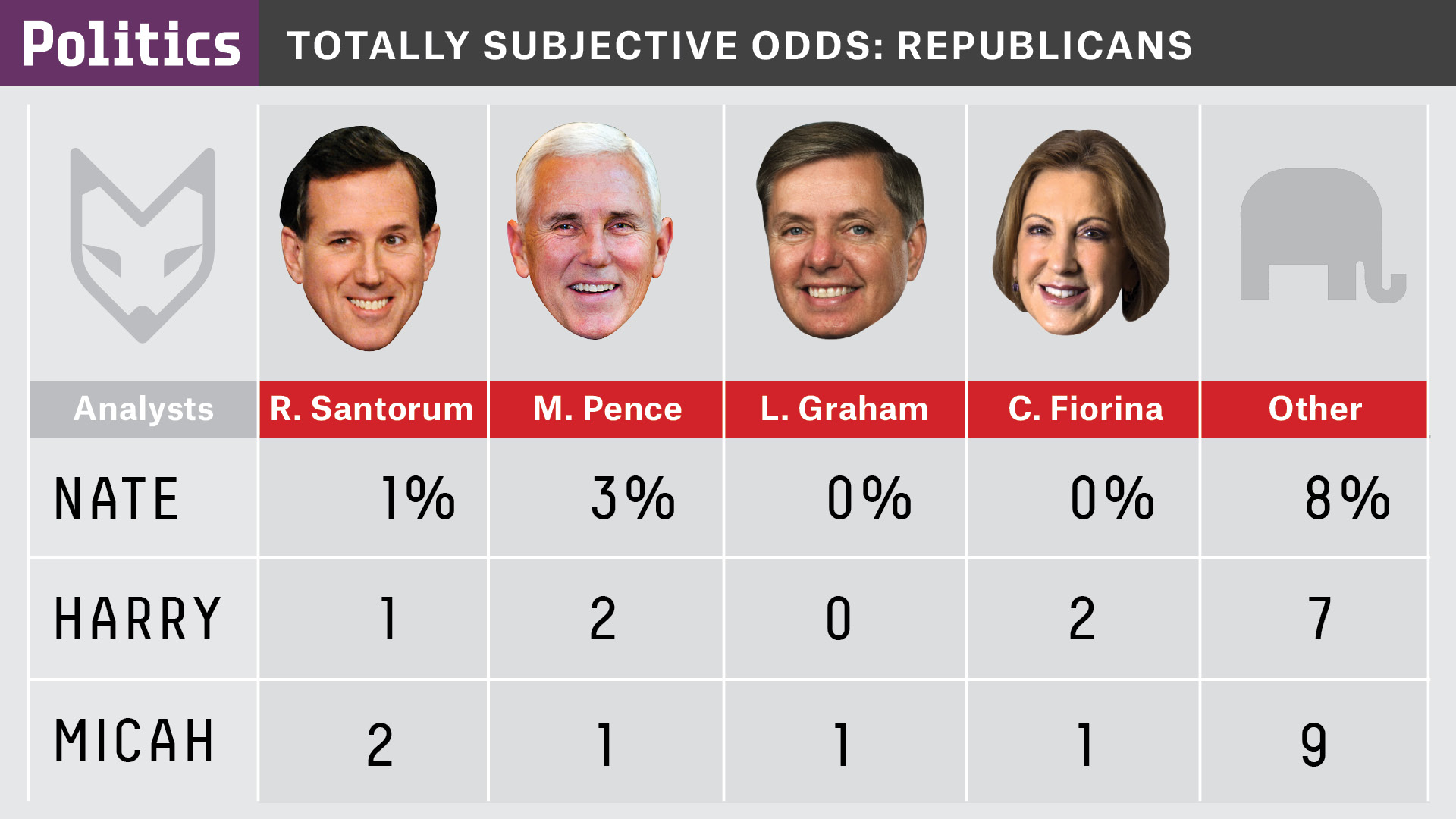 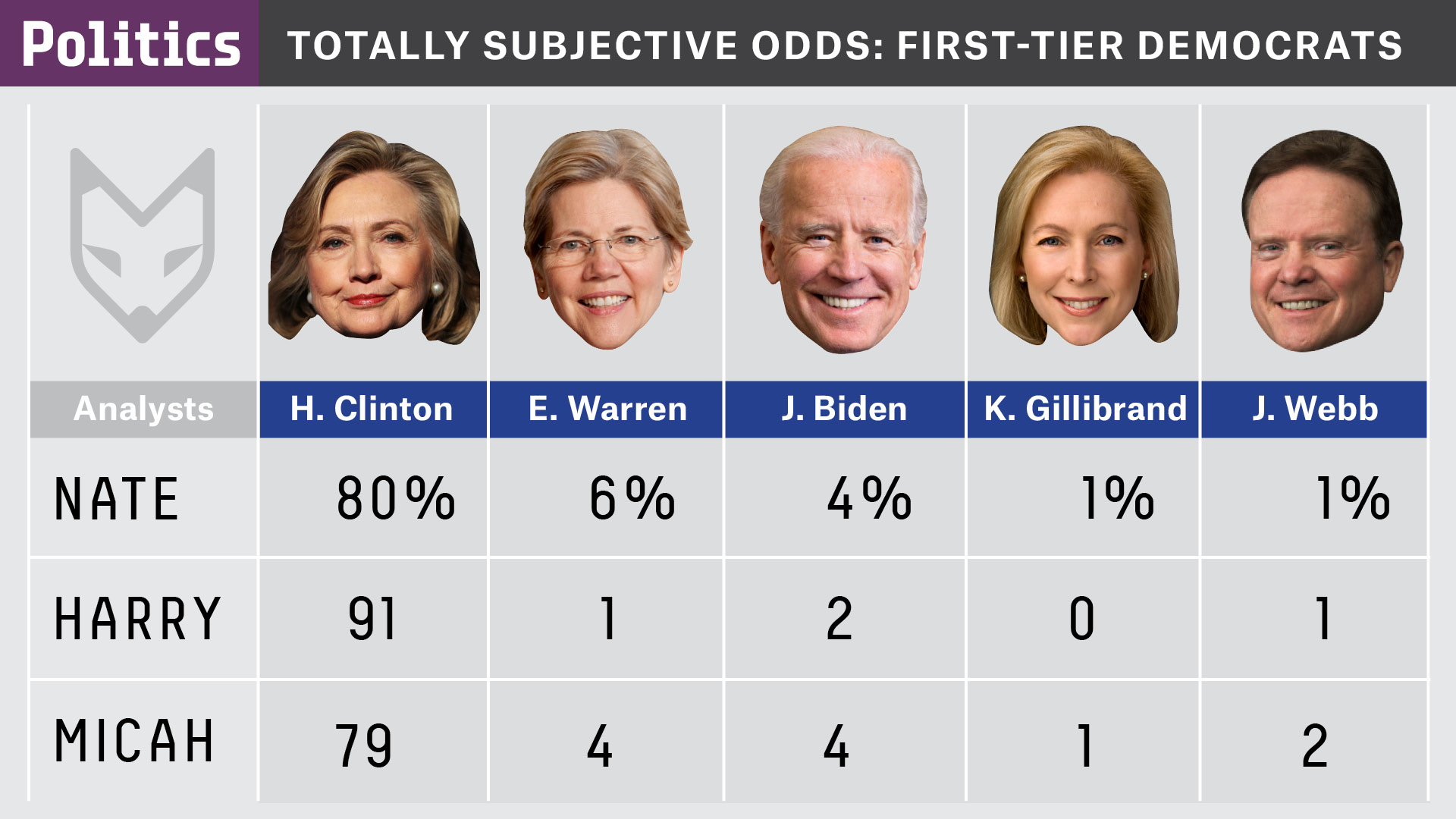 The Scenario in Which Hillary Clinton Isn’t the Nominee

Nate Silver: “If [Clinton] had a vetting issue, a health issue, got sick of it halfway through … it’d be a very different race, and Elizabeth Warren’s one of the only candidates who has a lot of enthusiasm and could raise a lot of money pretty quickly. But I don’t think Elizabeth Warren is going to run and catch Hillary from behind. It’s not an Obama [2008] scenario.” 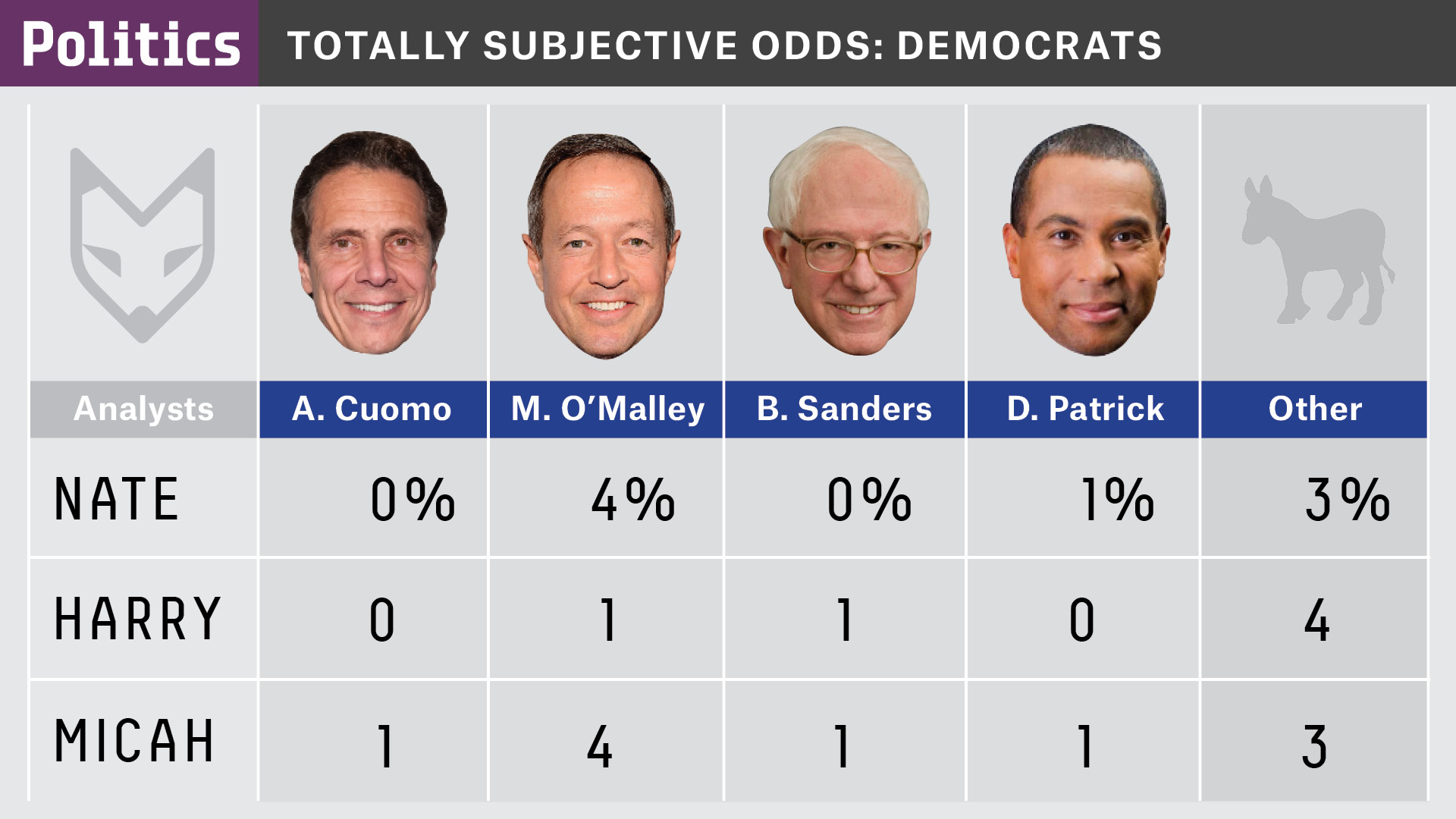 Watch the full segment by clicking below: 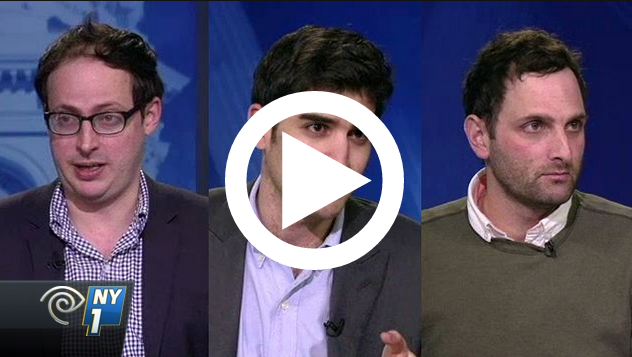