And now, yet another round of FiveThirtyEight’s “totally subjective odds” podcast — when the site’s analysts riff on the little data that we have and attempt to handicap the 2016 presidential nomination from each party.

Listen or download here. And see the full odds, plus some choice quotes, below. 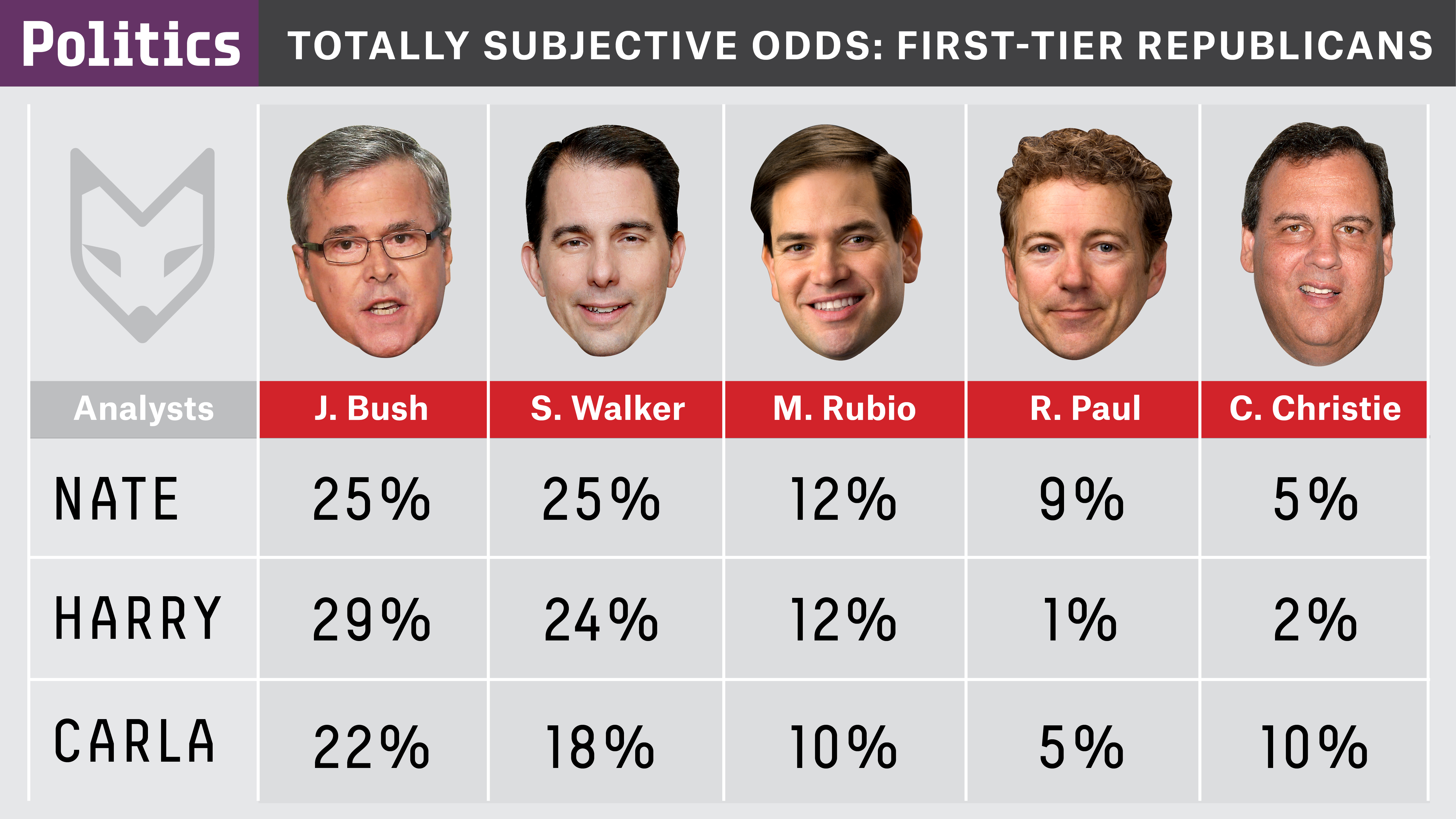 “We were ahead of the Walker boomlet. Do we want to now call the Walker backlash? Is that coming?”
— Micah Cohen (at 5:30)
“Well, you kind of have to shit or get off the pot if you’re him. Because some of this talent is getting soaked up fast, the decision could be made for him if he’s not careful.”
— Nate Silver on Marco Rubio (at 7:00) 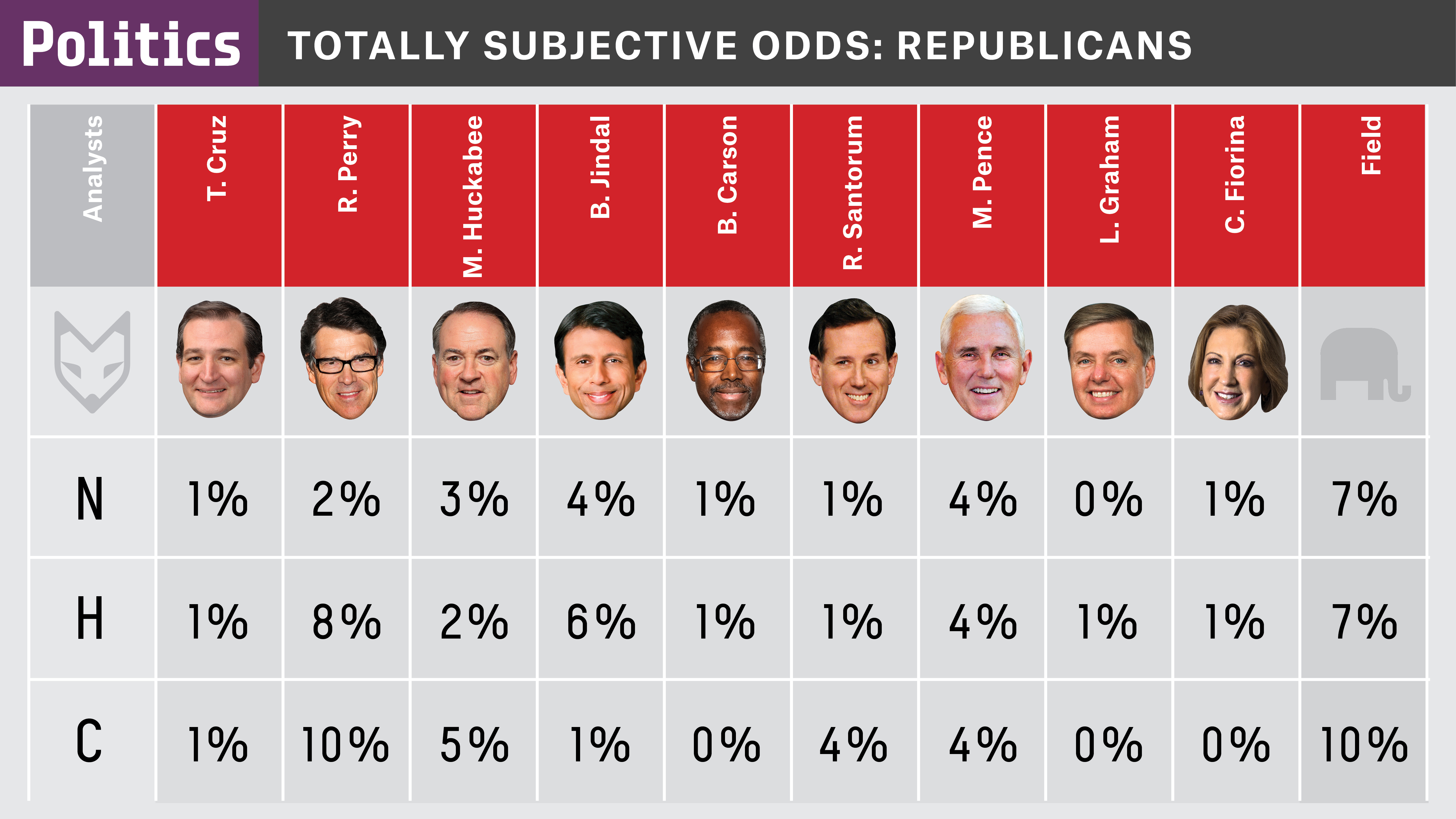 “I don’t think the vaccine comments will matter months and months from now. There will be something else we’ll be talking about.”
— Carla Correa on the controversy of the week (at 10:30) 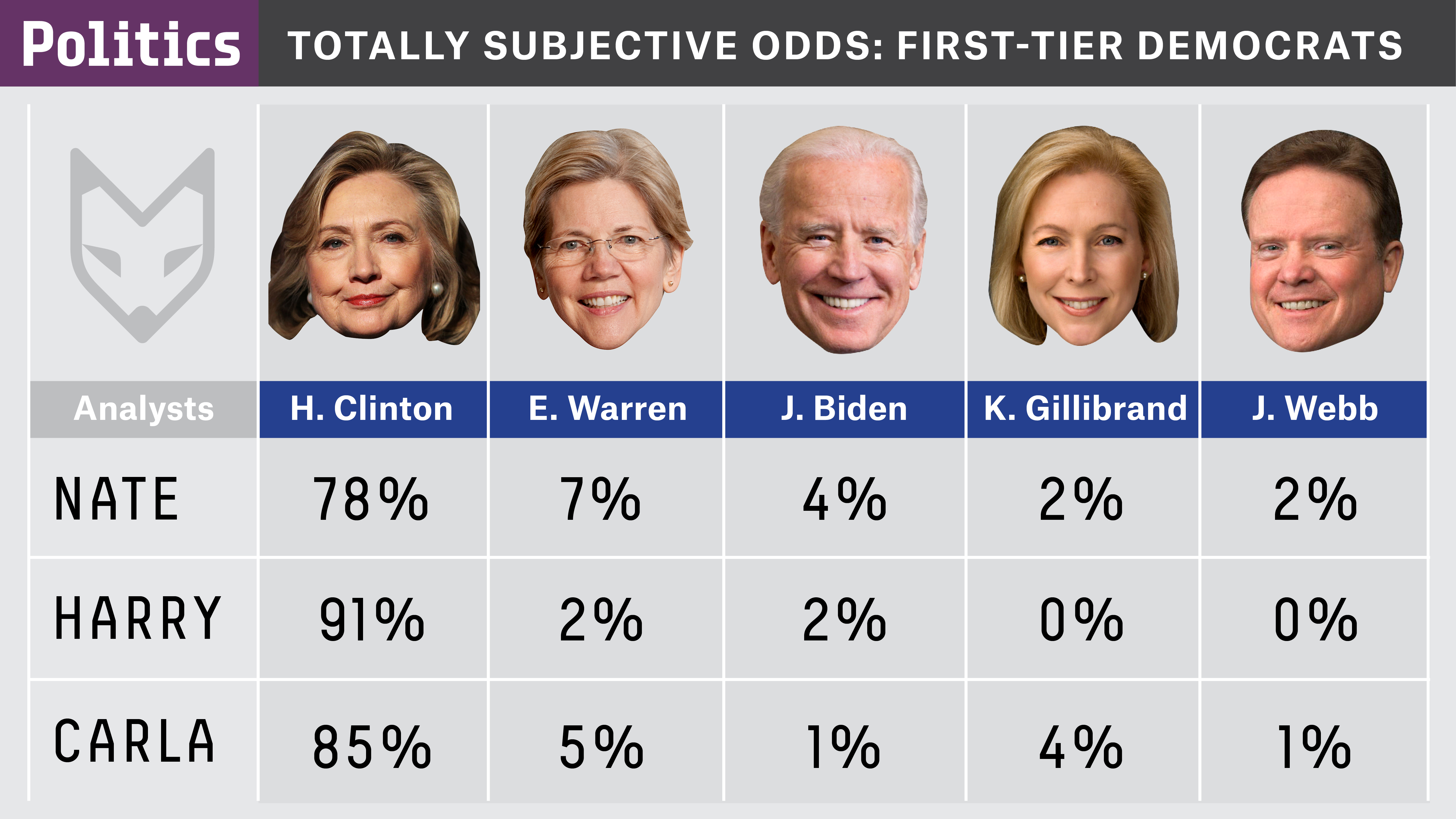 “She’s got it. No one else. Warren, Biden, Gillibrand — I mean those people aren’t running. Ninety-one percent. It’s solid.” 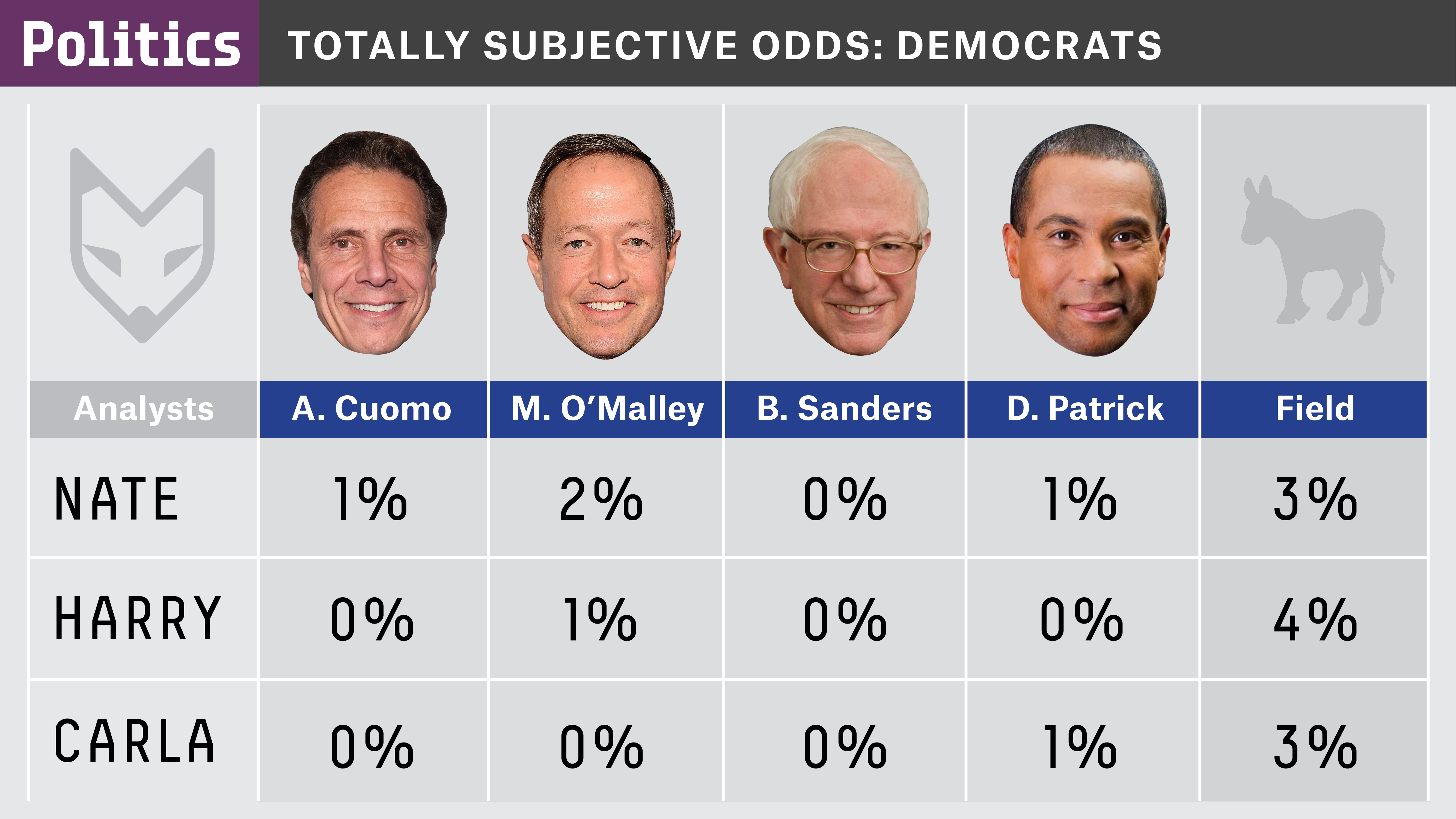 “Martin O’Malley is exciting as The English Patient, for God’s sakes.”

(This is part of the prelaunch experimentation for the FiveThirtyEight podcast. We’ll be posting audio of different kinds on SoundCloud and then launching the actual podcast this spring. Stay tuned! And let us know what you think by tweeting our podcast producer/host, @jodyavirgan, or emailing us.)