In case you haven’t been reading this site lately, here’s the latest reminder that the University of Connecticut’s women’s basketball team, which is seeking its third straight national title Tuesday in Tampa, is really, really good. UConn is way more dominant than Kentucky’s men’s team was even before the Wildcats lost in the national semis. It’s way better than its closest rivals in the women’s game: Notre Dame, its opponent Tuesday. And it’s even way more dominant than its worthiest rivals: other recent UConn teams.

Before the tournament began, we tracked how much UConn led by in its games, on average, throughout the 40 minutes of regulation. Not only had UConn crushed its opponents by an average of 42 points per game this year, but it was even more dominant earlier in the game — for instance, it led at halftime by an average of 25 points. And at just about every stage of the average game, the Huskies were ahead by more points than the UConn teams of the previous four years. The big exception was their Elite Eight game against Dayton, in which UConn had a lead of more than 10 points for less than a quarter of the game.

What we didn’t know then is whether the comparison would hold up once the NCAA tournament began. UConn would have to face some tough competition — could it continue to dominate?

The answer is a qualified yes. UConn’s average halftime margin has been 18.2 points during the tournament, compared to 24.8 points in the regular season and American Athletic Conference tournament — a drop-off of 27 percent. But it has caught up a bit in the second half of games, winning by an average of 37.4 points — just 11 percent lower than its 42.1-point average lead at the end of regulation coming into the tournament. That may mean that UConn peaked at different times in tournament games, or that the 11 percent gap is understating the extent to which UConn has struggled in the tournament, since it spent less time with its foot off the gas pedal in the second half. Of course, struggling is relative for these Huskies: They’ve still won each of their tournament games by at least 21 points. 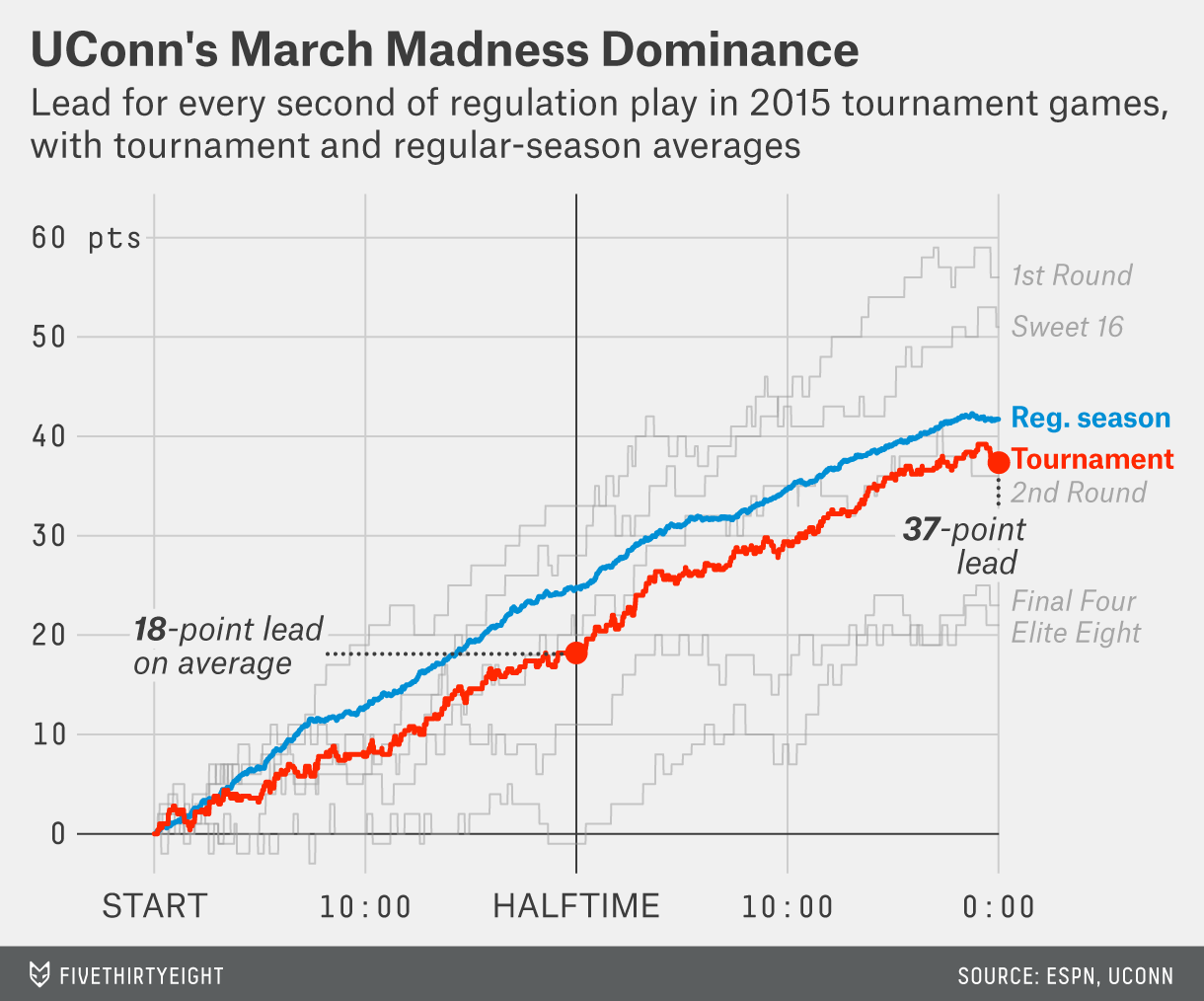 A related question we faced was how much of this team’s apparent edge over its UConn predecessors would drop away once it, like its predecessors, had to play in the tournament. The answer is, not much. 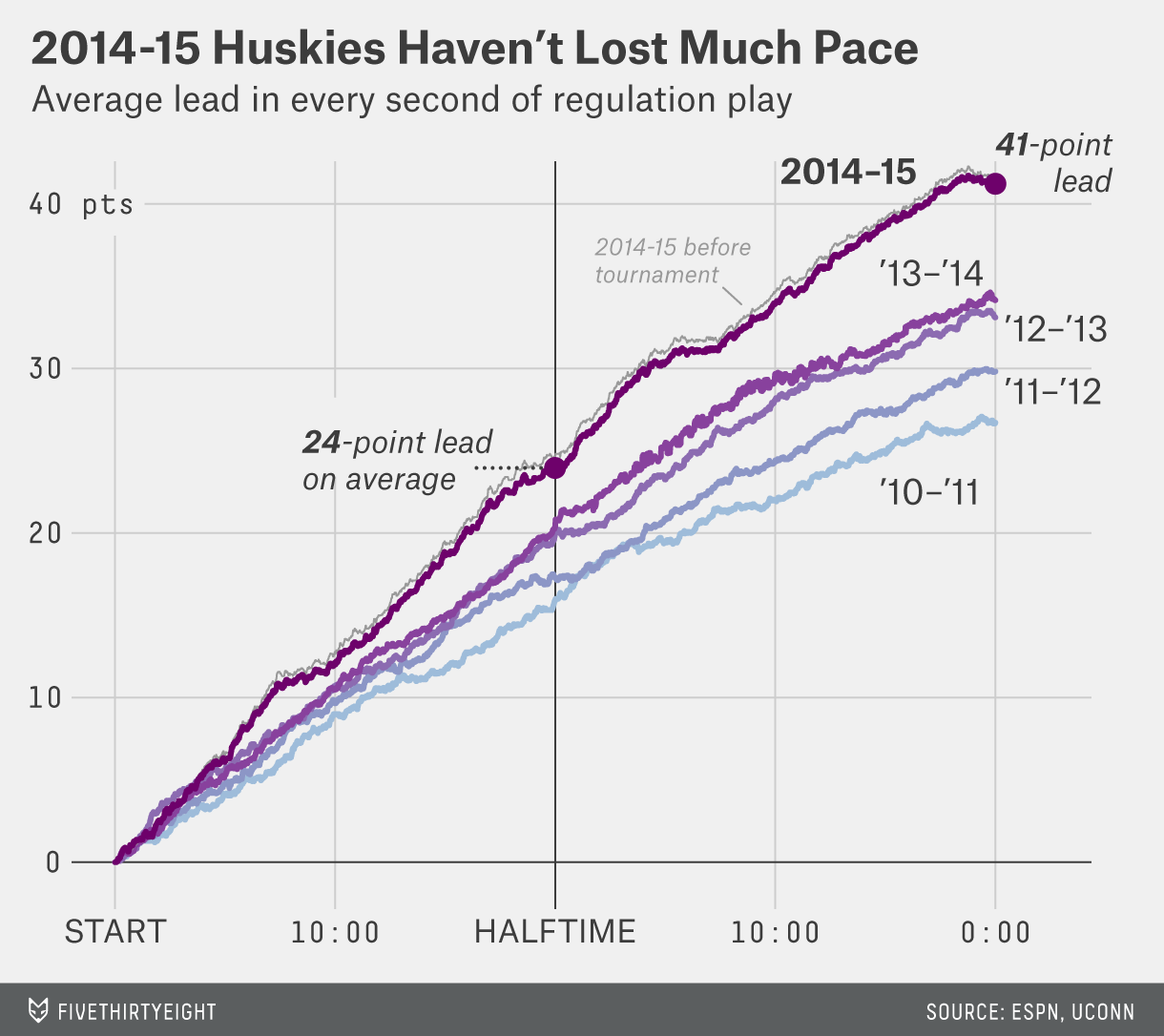 This chart isn’t finished yet — Notre Dame will have something to say about it. Our March Madness predictions give the Fighting Irish only a 14 percent chance of winning. They have an even smaller chance of winning by enough to change UConn’s overwhelmingly dominant profile.

Correction: An earlier version of this article referred incorrectly to a tournament in which UConn played. It was the American Athletic Conference tournament, not the Big East.