Global motherhood: In honor of Mother’s Day, The Washington Post used data from Save the Children to put together this glimpse into where in the world it’s best (and worst) to be a mother. They looked at the expected number of years of formal education, the infant mortality rate, and participation in national government and found that Norway is the best place to be a mom, while Somalia is the worst. [The Washington Post] 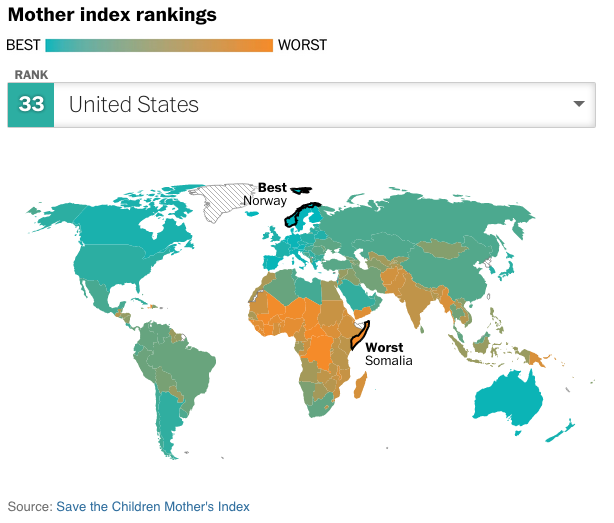 Data journalism perils: Ahead of the U.K. election, the Financial Times’ Sarah O’Connor was curious about which constituencies had seen the biggest job-market recoveries since 2010. But she ran into a dilemma: Her choice of how to measure unemployment made a big difference in her results. As O’Connor wrote, “This exercise was a useful reminder that data journalism is no more inherently objective than any other sort of journalism.” [FT]

The flash crash: After U.S. prosecutors charged London trader Navinder Singh Sarao with 22 criminal counts last month for his involvement in the May 6, 2010, “Flash Crash,” the Wall Street Journal dug into the minutiae of what exactly happened that day. This interactive timeline takes you minute by minute, showing how and why the markets went haywire. [Wall Street Journal] 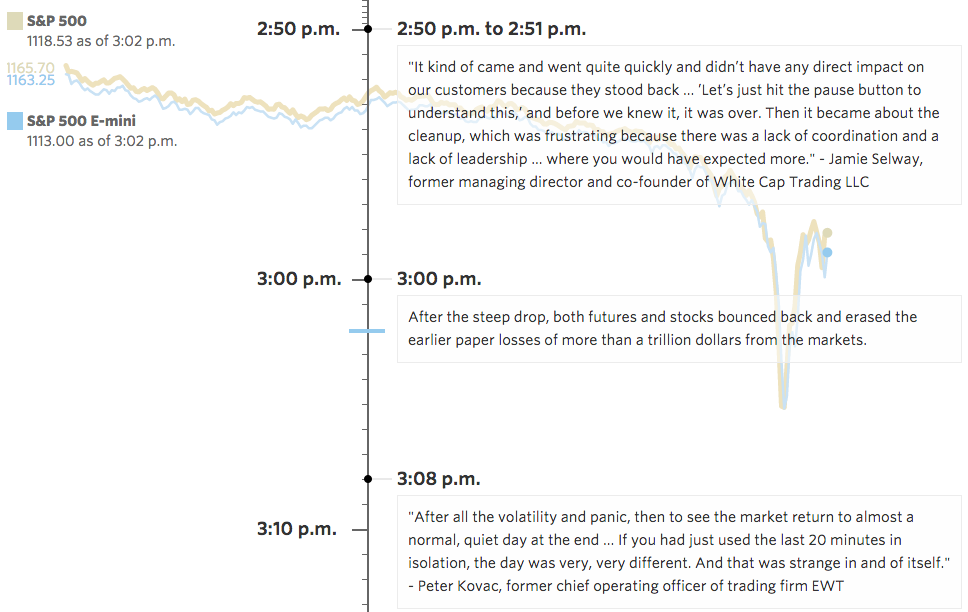 Addicted mothers: Studies show that the rate of intensive-care hospital admissions for infants in withdrawal from drugs has spiked in recent years. Some states have tried to combat the issue by incarcerating women for using drugs during their pregnancies. But is that really the best solution? The Atlantic’s Olga Khazan looked into the data on these practices and explored possible alternatives. [The Atlantic]

The fall of photo shops: We all know that the dawn of the Internet led to the slow demise of what used to be staple businesses, such as newsstands and video rental stores. But perhaps no industry has had it worse than the one-hour photo business. Bloomberg dove into this less-recognized collapse and what the future might hold for corporeal photography. [Bloomberg]

Location matters: Where children grow up has a huge effect on their lifetime earnings, a new study has found. The New York Times put together an impressive interactive based on the data, showing how every county in the U.S. fares in income mobility for children of the poor, the average, the rich and the top 1 percent. [The New York Times] 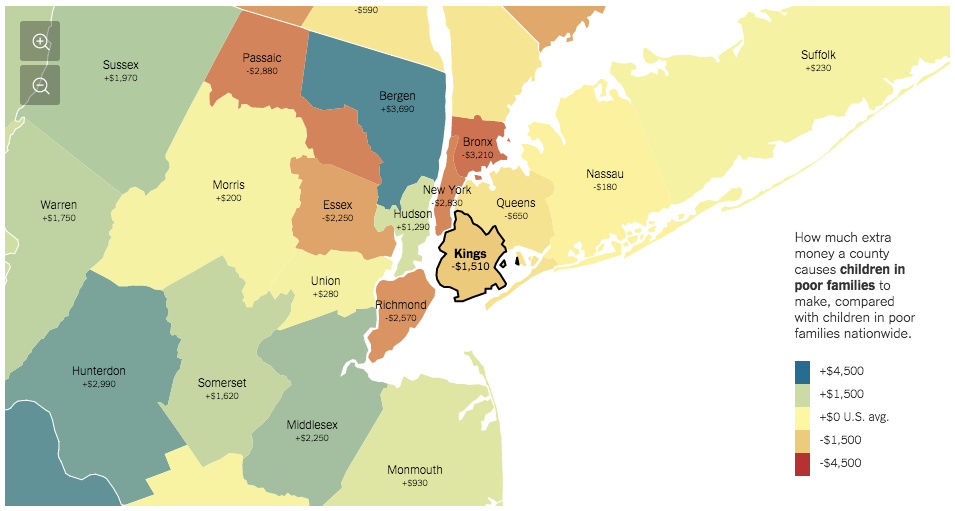 Domain dominance: Though it’s not the type of thing we typically include in our weekly roundup, a look at the week’s data journalism would be incomplete without a nod to Mike Link, the man who registered CarlyFiorina.org. Link beat Fiorina, who announced her presidential candidacy on Monday, to the punch on this domain. The website is a mere collection of 30,000 sad-face emoticons — one for every person Fiorina laid off when she was CEO of Hewlett-Packard. [CarlyFiorina.org] 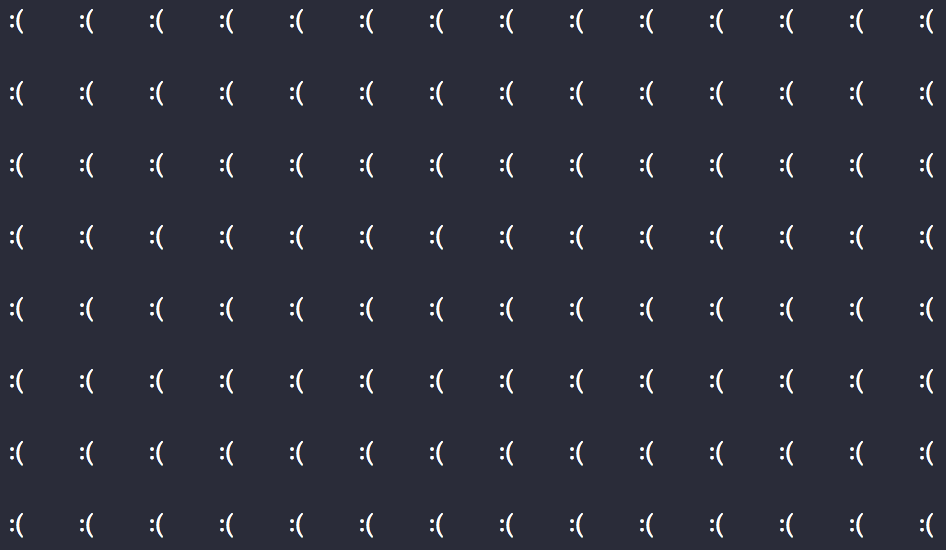