May is here, which means one thing for an entertainment writer such as myself: We’re rapidly coming up on summer, when summer blockbusters start creeping into theaters and the race for the “song of the summer” kicks into gear.

I’ve previously looked into what makes the song of the summer (a somewhat arbitrary label that fails to truly encapsulate how people consume music today). But historical trends have convinced me of one thing: The song of the summer will arrive before summer, and may already be here.

But that simple breakdown ignores a distinct trend in the music industry that we’ve only been able to see in the past 10 years or so. As the “song of the summer” has become a thing, efforts to manufacture that song — rather than merely stumbling into it — have become more concerted.

When we plot the release dates over time, there’s a distinct trend: The song of the summer is coming out earlier and earlier. 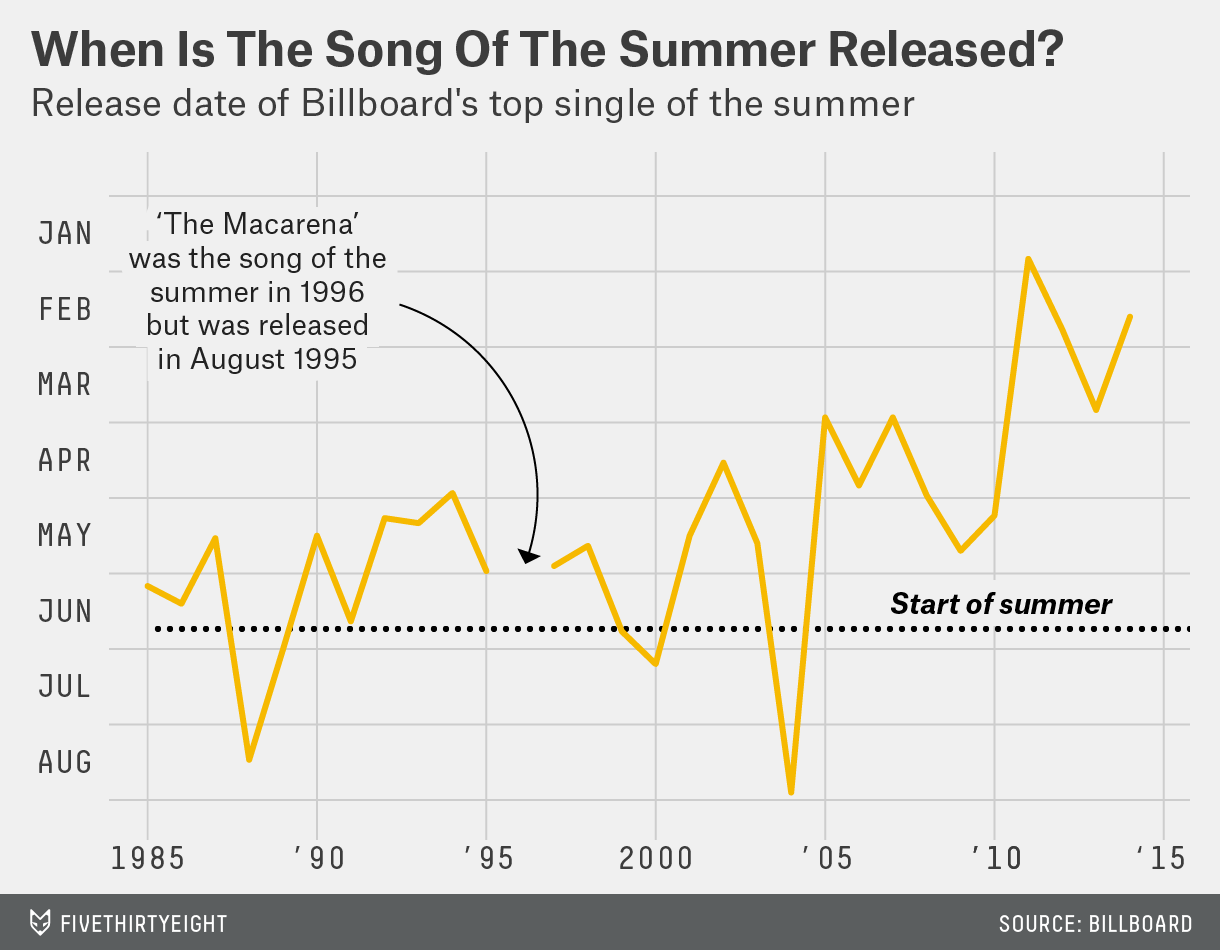 If you look at only the songs since 2005 — the most recent 10 years of data — eight of the 10 top summer songs came out in April or earlier.

So is the song of the summer already out? Maybe! Maybe not! But even if it is out, we can’t identify it yet. We just have to wait until the process plays itself out.

What this really means is that it’s a good time to get used to the top songs on streaming or radio right now, because you may be hearing them all summer. Maybe start praying to the muses that Beyoncé releases another surprise album soon.

Or maybe America will finally come around to The Mountain Goats and we’ll have a cut from a wrestling-themed concept album as the song of the summer.

Hey, a guy can dream.