Economics is expensive: It’s not news to students that college textbooks are expensive, but how do different majors compare on the cost of materials? This article covers everything from price changes for textbooks over time to the average price of new vs. used books. Essential reading. [Priceonomics] 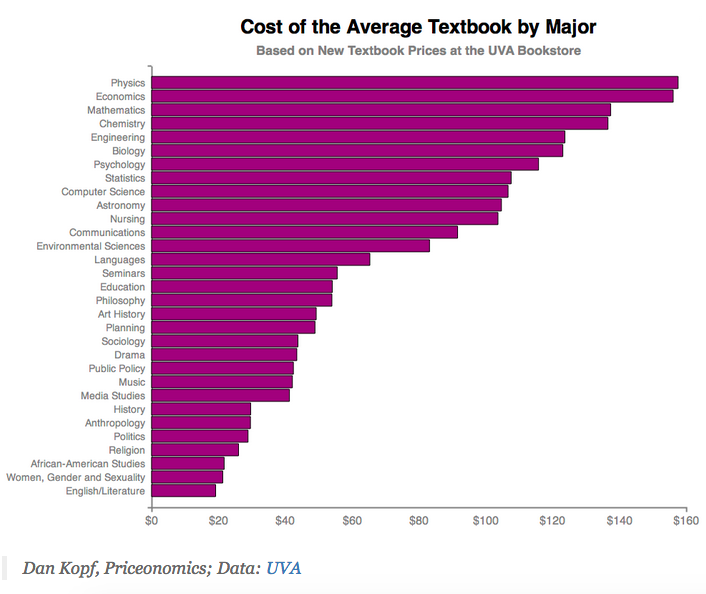 Dystopian dating: Just 5.5 million of the roughly 37 million accounts in recently leaked database of the online dating site Ashley Madison belonged to women. Take a closer look, and it appears that many of those female accounts on the website for having a affair weren’t active, or used at all. After looking at the evidence, Annalee Newitz reckons, “The overwhelming majority of men using Ashley Madison weren’t having affairs. They were paying for a fantasy.” [Gizmodo]

Counting the pennies: Artist blake Fall-Conroy wants to create socially conscious work, and his “Minimum Wage Machine” (2008-2010) is also an elegant work of data visualization. (While it’s a few years old, I spotted it this week after Nathan Yau mentioned it — and it was too good to omit.) Turn the crank to get a penny every 4.11 seconds. Keep it up and you’ll earn $8.75 an hour, the New York state minimum wage in 2015. [Blake Fall-Conroy] 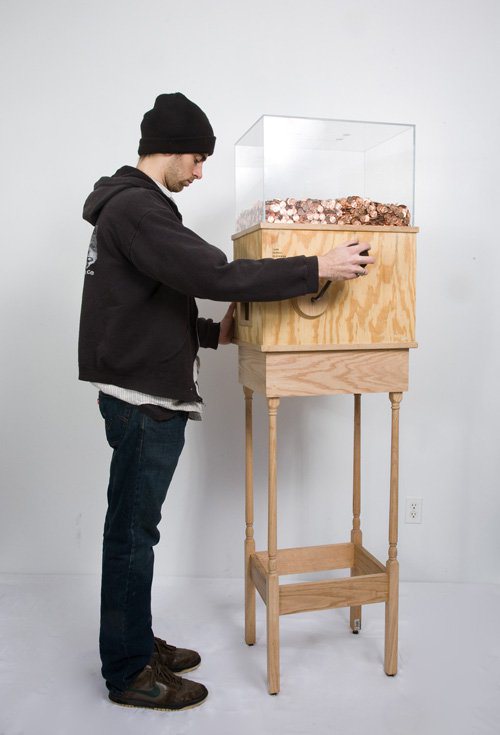 Asylum applicants: As the crisis in Calais deepens, the debate about migration in Europe has turned to those who are seeking asylum. This article summarizes asylum applications and decisions made in European Union countries last year. [The Guardian] 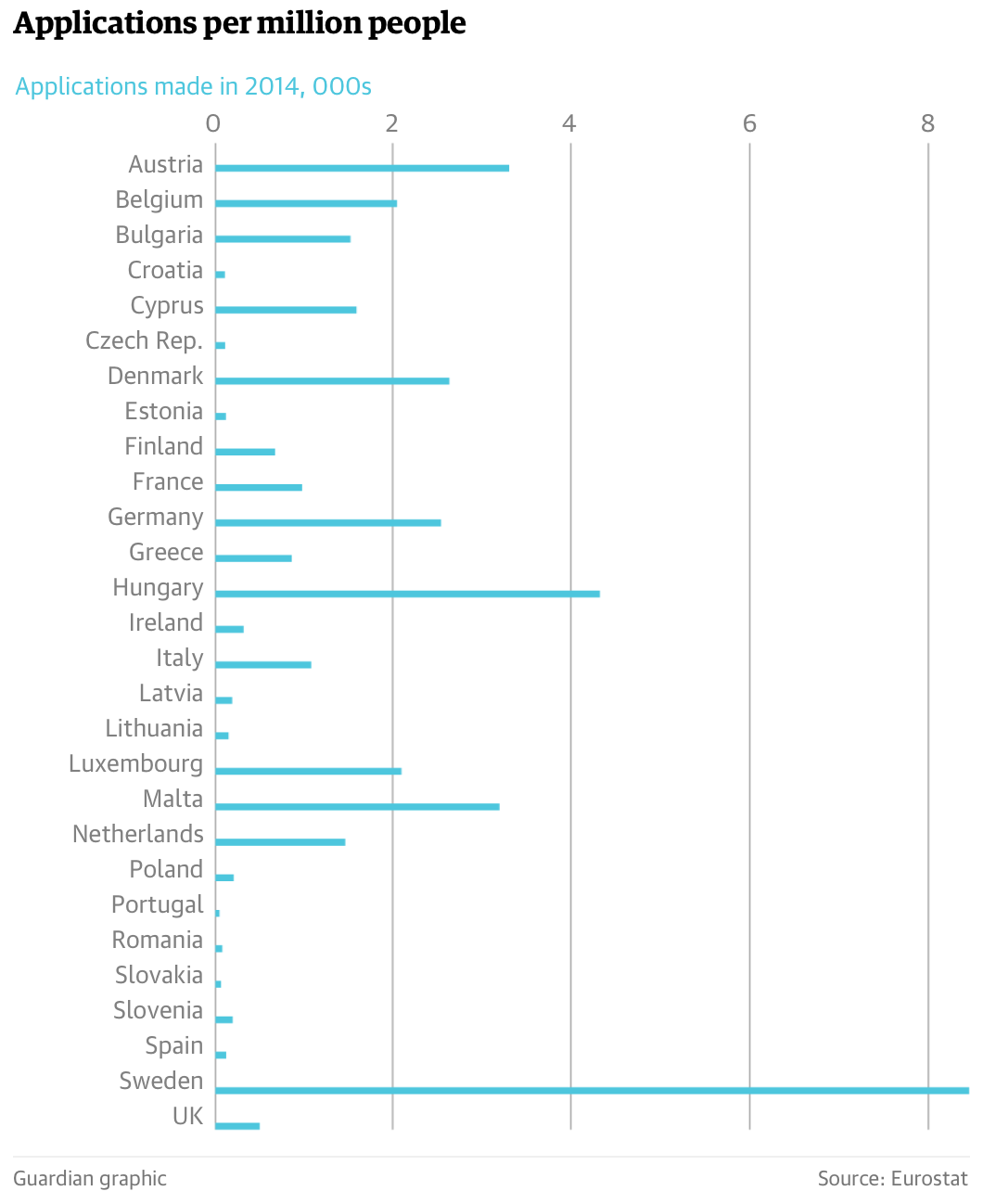 More than one mass shooting per day in 2015: This week’s fatal shooting in Virginia was (as of Friday) the 247th U.S. shooting in 2015 to involve four or more victims, according to an online group that tracks mass shootings. [Wonkblog] 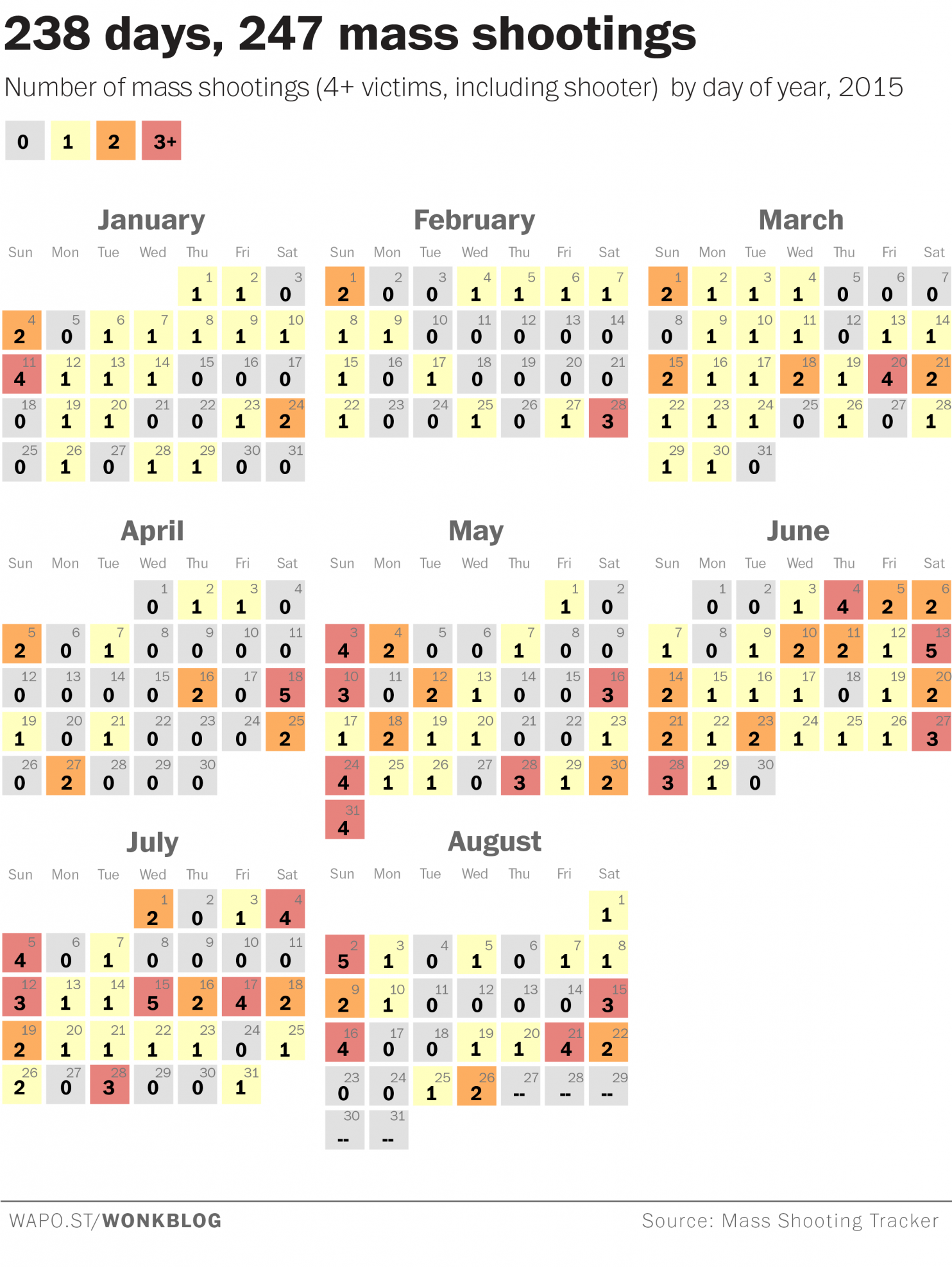