The 2015 Ohio State Buckeyes haven’t played a game yet, but they’re off to a historic start. Not only does the team rank first in the Associated Press’s preseason poll, but it also garnered all 61 possible first-place votes — making it the first time in the 66-year history of the preseason rankings that a team was unanimously voted No. 1.

There’s no question that the Buckeyes are bursting with talent, having retained 14 starters (including three All-Americans) from last year’s 14-1 squad that won the inaugural College Football Playoff National Championship. The metrics are fond of them as well: The Buckeyes rank No. 1 in ESPN’s preseason Football Power Index (FPI), with a 31 percent probability of finishing the season without a loss. (No other team has more than an 11 percent chance of going undefeated.)

But as great as Ohio State figures to be, the share of No. 1 votes that a top-ranked team receives hasn’t historically been a reliable indicator of how strong it will be at season’s end.

In fact, Ohio State’s accomplishment might actually be more indicative of an overall trend toward consolidation atop the preseason poll. In the five polls between 1992 and 1996, for instance, the No. 1 team accumulated 56 percent of all top votes on average. In the most recent five years, that average was 79 percent, with each of the past three preseason No. 1 teams garnering at least 95 percent of the vote. 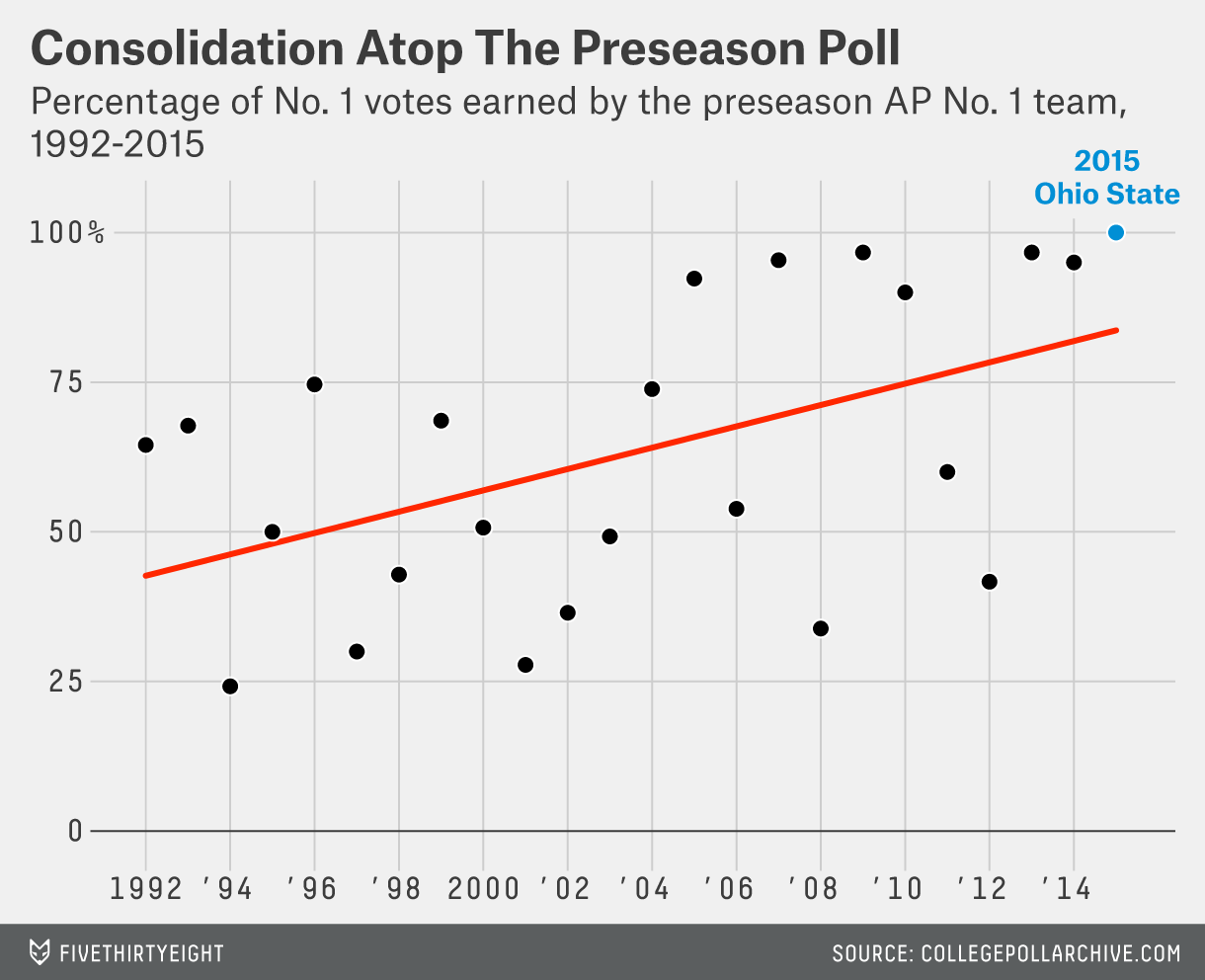 This year’s Buckeyes should be a treat to watch. But their unanimous No. 1 ranking doesn’t make them any more likely to dominate the season than a team with the same FPI but a less-impressive vote tally.