Where’s the swear? Just as they have regional accents, different parts of the country seem to use different swear words. “Asshole” is most common in the Northeast, while the Midwest often shies away from true swear words altogether — “darn” is more popular in the upper Midwest states than anywhere else. [Montclair SocioBlog] 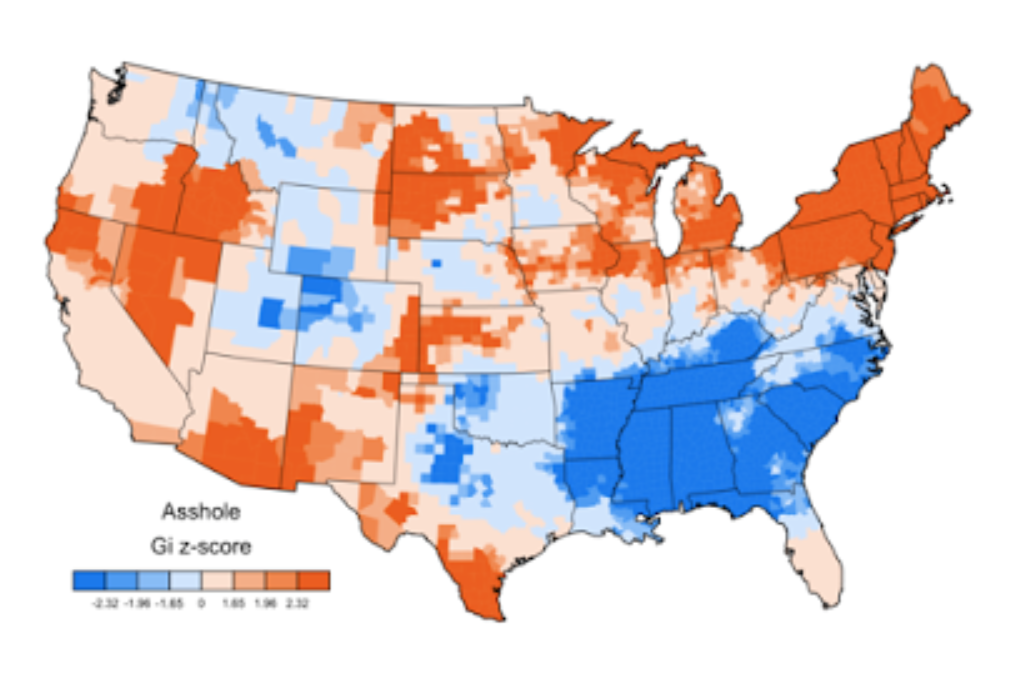 Judging books: Judgey, a website where users can literally judge books by their covers, has collected reviews of 3 million books. The site’s creators charted some of the data from these reviews, comparing a book’s “cover” score with its score on Goodreads, and provided some analysis over at Medium. For most books, judgments based on the cover were more negative than the Goodreads rating. Look through the charts to see which of your favorites has an attractive (or an off-putting) cover. [Medium]

Tender transactions: Ever take a bill out of your wallet and wonder how many people touched it before you? Analysts at OnStride Financial examined this question for U.K. banknotes. An average £20 note will last 113 months in circulation and will be used 2,328 times in that period. That’s significantly more than bills of any other denomination, which are all used an average of fewer than 1,000 times in their lifespans. [The Guardian]

Dating data: Eight years of dating data give a fascinating peek into one woman’s relationships through high school and college. Each row represents a year in her life, with 365 columns representing days, creating a picture of how her dating habits have changed over time. You can see everything from first dates to monogamous and nonmonogamous relationships. [The Early Bird]

“A little false and a lot misleading”: Jeb Bush said last week that he was No. 1 in cutting spending among the governors in the 2016 Republican presidential field. But that argument is not as simple as his camp made it out to be. Vox’s Matthew Yglesias checked Bush’s stats and found that Bobby Jindal is the only governor running for president whose state cut spending during his tenure. Louisiana’s spending went down by almost 2 percent under Jindal, while Bush’s Florida increased spending by just over 6 percent, as this chart from the Cato Institute shows. Yglesias also figured out how Bush came to his conclusion and explains why his claim isn’t accurate. [Vox] 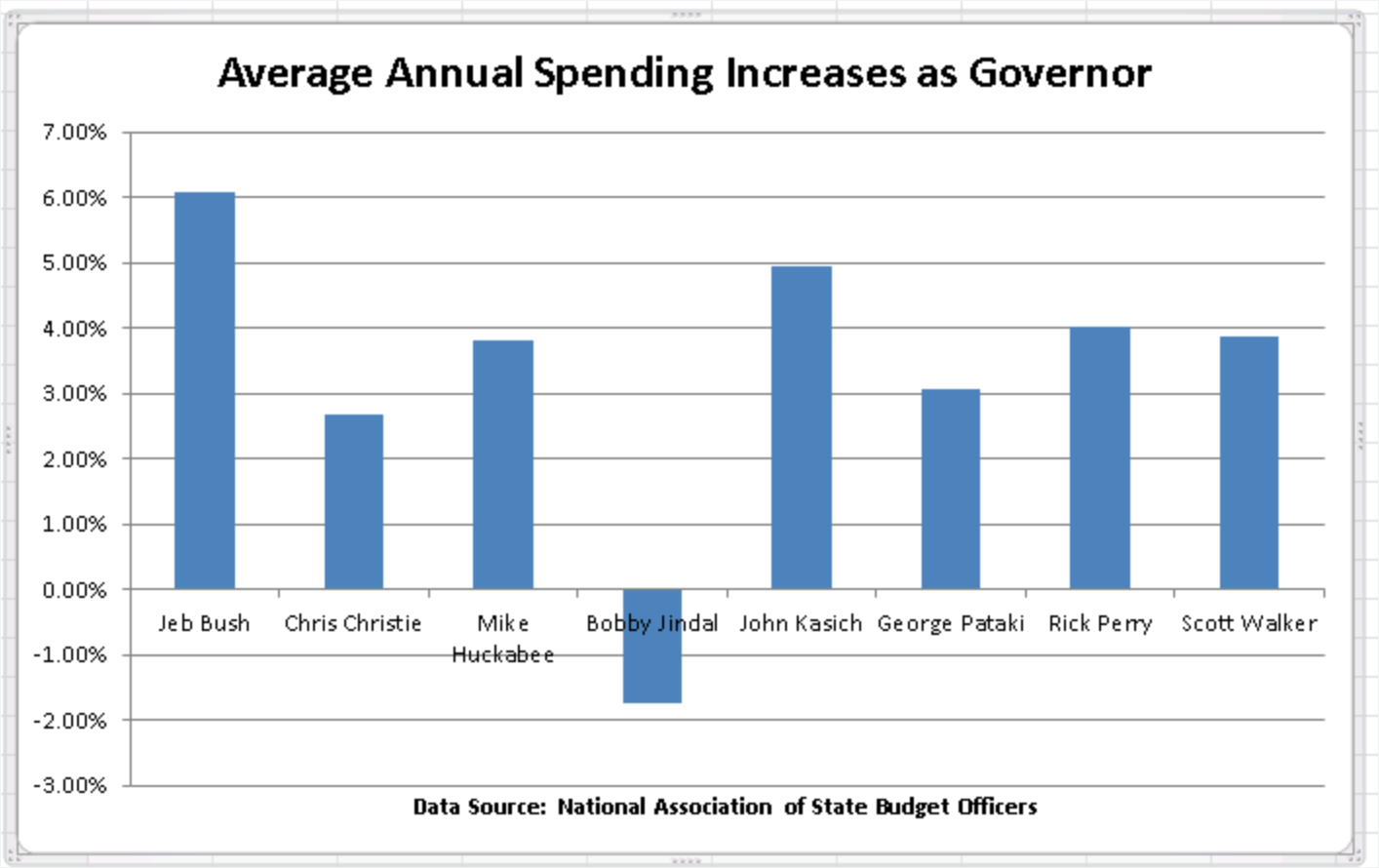