The 2014 Senate elections continued the two-decade-long rise of straight-ticket voting, when voters choose the same party for every race.

Two decades ago, knowing which party won the most recent presidential race in a state told you almost nothing about who that state’s U.S. senators were. Candidates and campaigns mattered a lot. The Senate was crowded with Democrats from red states and Republicans from blue states.

Now, individual personalities mean less; party means more. The party that won a state in the most recent presidential election is likely to win — or have just won — that state’s Senate seat.

This, of course, is bad news for Democratic Sen. Mary Landrieu, who is expected to lose a runoff in Louisiana on Saturday. Assuming Landrieu loses, the seat would fall in line with its presidential preferences, and only 20 percent of the Democratic caucus in the next Senate will be from states that are more Republican than the nation as a whole (we defined the political lean of each state using a weighted version of the Cook Political Report’s partisan voter index, a measure of a state’s presidential preferences). In 1983 and 1995, Democrats controlled 46 seats (the number they are likely to have in the next Senate), but in both years 41 percent of their seats came from red states.

In 2014, past presidential election results explained 76 percent of the Senate results. That’s the highest percentage in the past three decades. 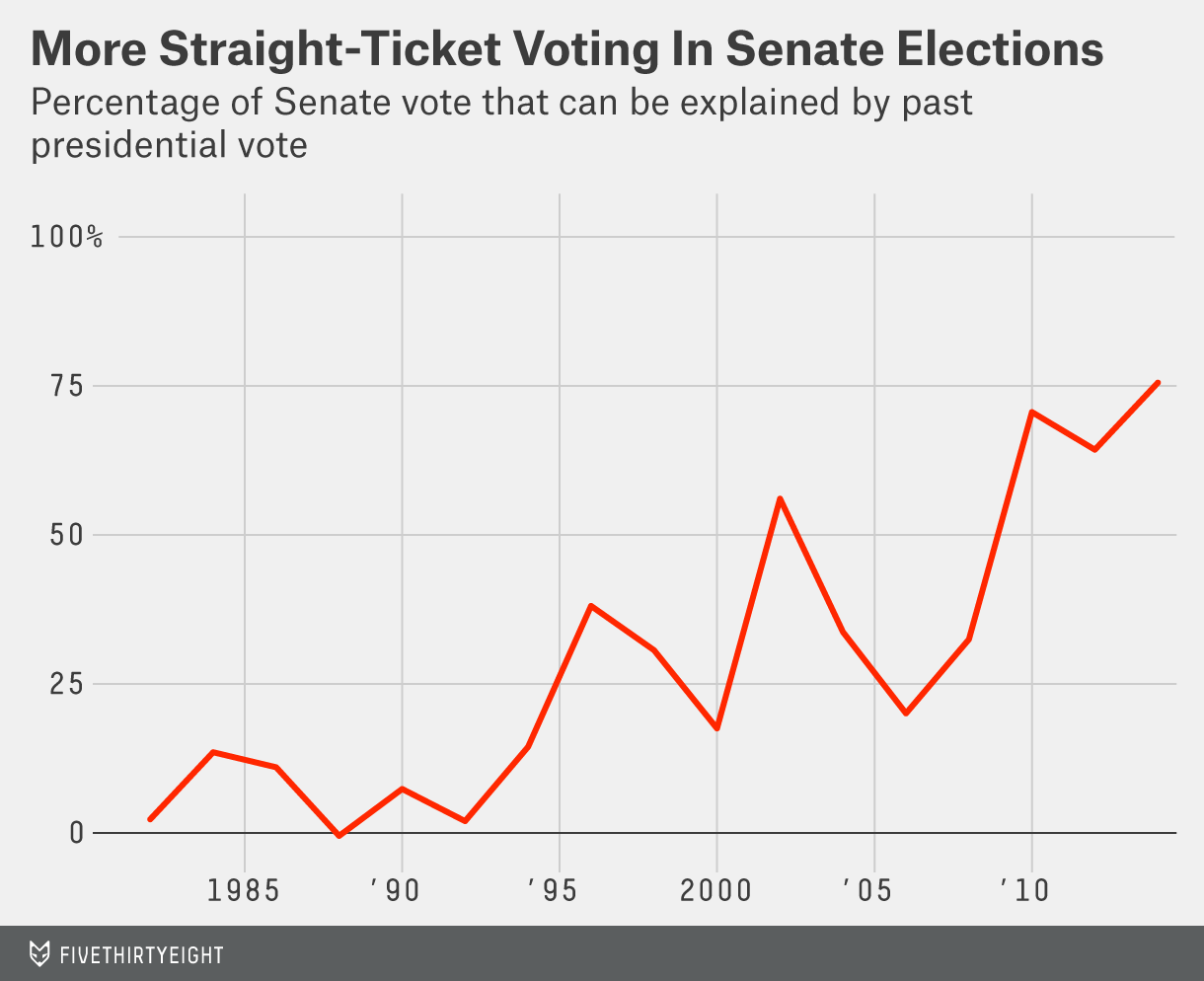