More Americans are finding jobs. But so far, at least, they don’t appear to be starting more businesses.

Back in May, I wrote about what I called the “slow death of American entrepreneurship.” For all the buzz about the Silicon Valley tech boom, the actual rate at which Americans start businesses has been falling for more than 30 years.

That story was based on 2011 data, when the economic recovery was still in its early stages. Some economists had hoped that the 2012 numbers would show a rebound.

Last week, the Census Bureau released new data on so-called business dynamics (startups, failures, hirings and firings) for 2012. Entrepreneurship did rise in 2012, but barely. Americans started 410,000 businesses in 2012, up just 2 percent from a year earlier and still more than 20 percent below prerecession levels. The startup rate — the number of new businesses as a share of all businesses — was essentially flat at 8 percent. 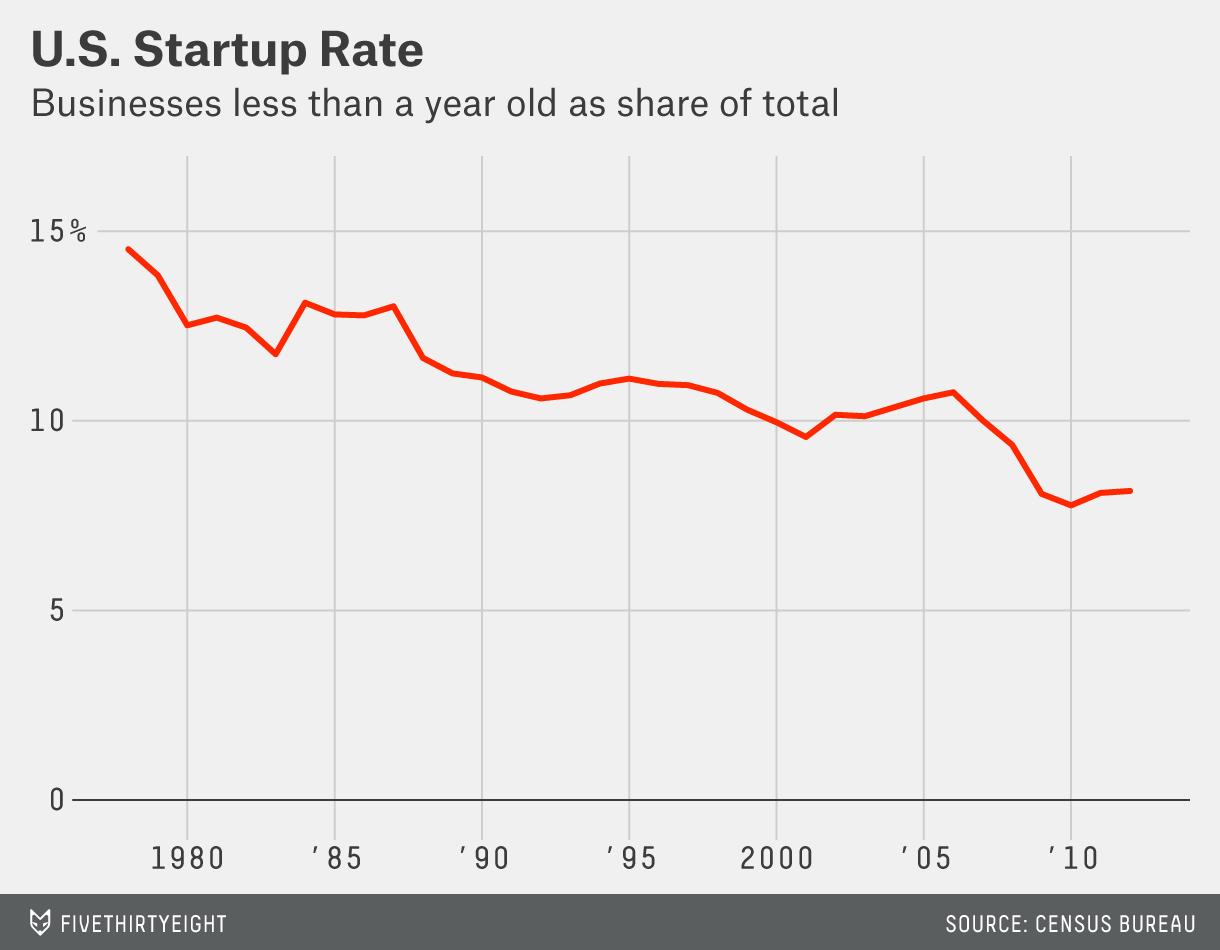 On the one hand, the lack of a rebound shouldn’t come as too much of a surprise. The decline in entrepreneurship predates the recent recession; in economic terms, it’s a “structural” problem, not a “cyclical” one.

On the other hand, the decline did accelerate in the recession, so we might expect to see at least some increase during the recovery. And we have — just not much of one. Entrepreneurship looks a lot like other measures of economic dynamism: Companies, for example, are hiring more workers, but at a rate well below prerecession levels. Workers, similarly, remain reluctant to quit their jobs, which suggests they, too, remain cautious.

On Friday, we’ll get the latest monthly jobs figures from the Bureau of Labor Statistics. Last month’s numbers were disappointing, but on the whole the job market has shown marked improvement this year. That might eventually translate into more new businesses, as would-be entrepreneurs gain confidence. But the lack of a strong 2012 rebound means it’s looking less likely that the startup rate will ever return to prerecession levels.