It was the great Democratic dream of 2014. Hold onto the Senate majority, sure, but in addition: Oust Mitch McConnell, the Senate minority leader, in ruby red Kentucky. And for awhile it seemed possible. Earlier this month, a SurveyUSA poll put Democrat Alison Lundergan Grimes up 46 percent to McConnell’s 44 percent.

By keeping Kentucky competitive, Grimes has limited the GOP’s chances of winning the Senate overall. If we knew with 100 percent certainty that McConnell was going to win, Republicans would be 66 percent favorites to take the Senate (they are 62 percent favorites in our latest forecast).

And yet, Grimes appears to be fading. McConnell’s chances increased from 73 percent to 78 percent on Friday based on a new Rasmussen Reports survey that put him up 52 percent to 44 percent. McConnell has now led in 17 of the 19 independent polls conducted since June. The SurveyUSA poll was an aberration, the only survey to find McConnell trailing over that period.

As I pointed out in July 2013, 62 out of the last 63 Senate candidates to fit those criteria have won.

Many Democrats might have been pleased by polling in the first half of 2014 that showed Grimes tied or ahead. But my research on early polling shows the president’s party typically loses steam down the stretch when the president’s approval is low in the state. President Obama’s approval rating in Kentucky is somewhere between 30 percent and 35 percent. (That helps explain why Grimes refused to admit who she voted for in 2012.)

We’re not ready to declare the Grimes campaign kaput. She still stands a better chance than Republican Terri Lynn Land in Michigan. Yes, the Democratic Senatorial Campaign Committee (DSCC) recently pulled its television advertising in Kentucky, but the average of polls isn’t as bad for Grimes as Friday’s Rasmussen Reports survey.

A Grimes upset is still plausible, but it’s getting less so by the day. 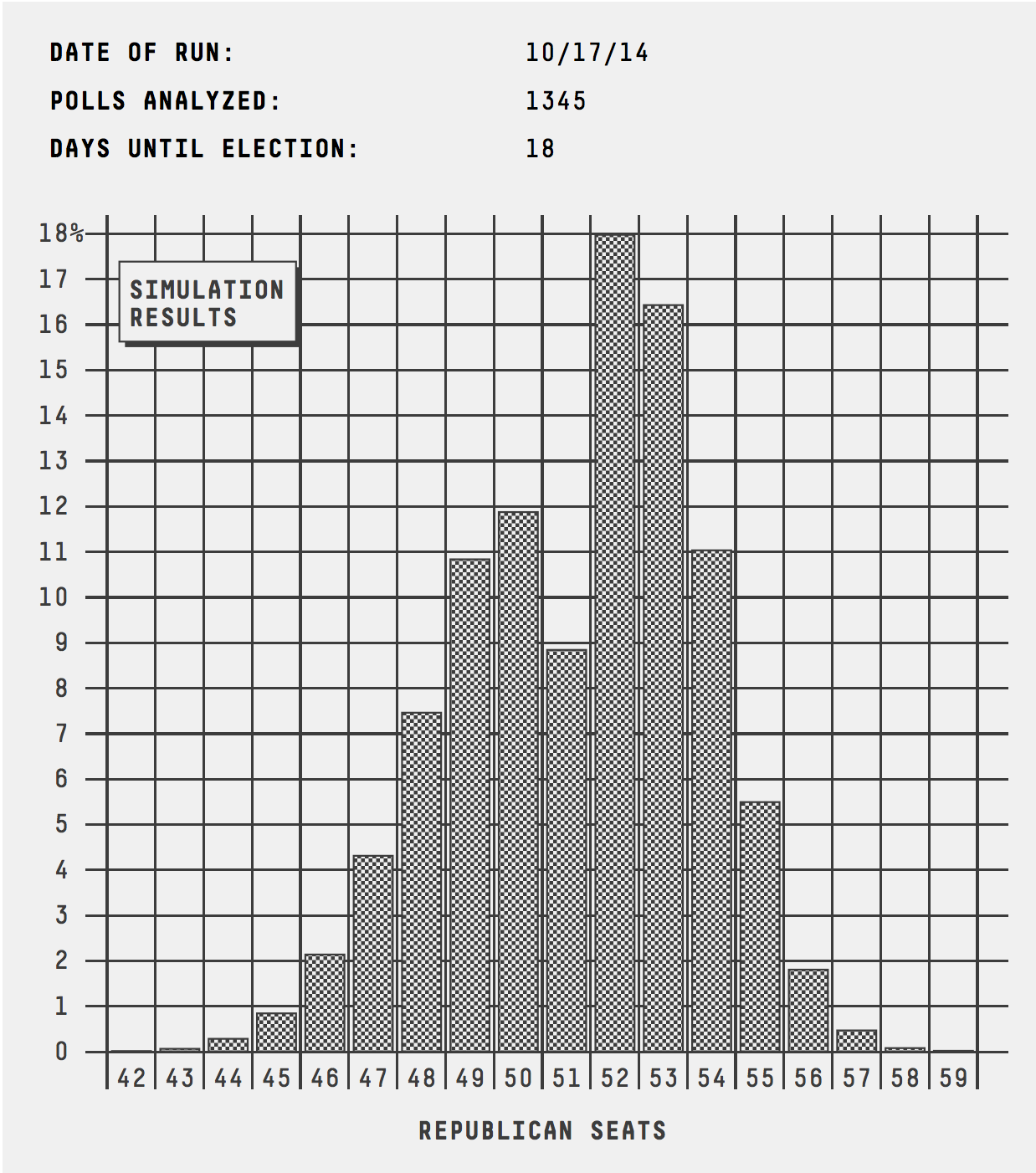