It’s Monday, and that means it’s time for another edition of FiveThirtyEight’s NBA Power Ratings. The least you need to know about how these numbers work: Each team is ranked according to a projection of its strength over the upcoming week — and the upcoming week only — using Real Plus-Minus (RPM) player ratings provided by Jeremias Engelmann and Steve Ilardi. For more details on the ratings, see our introductory rankings post. 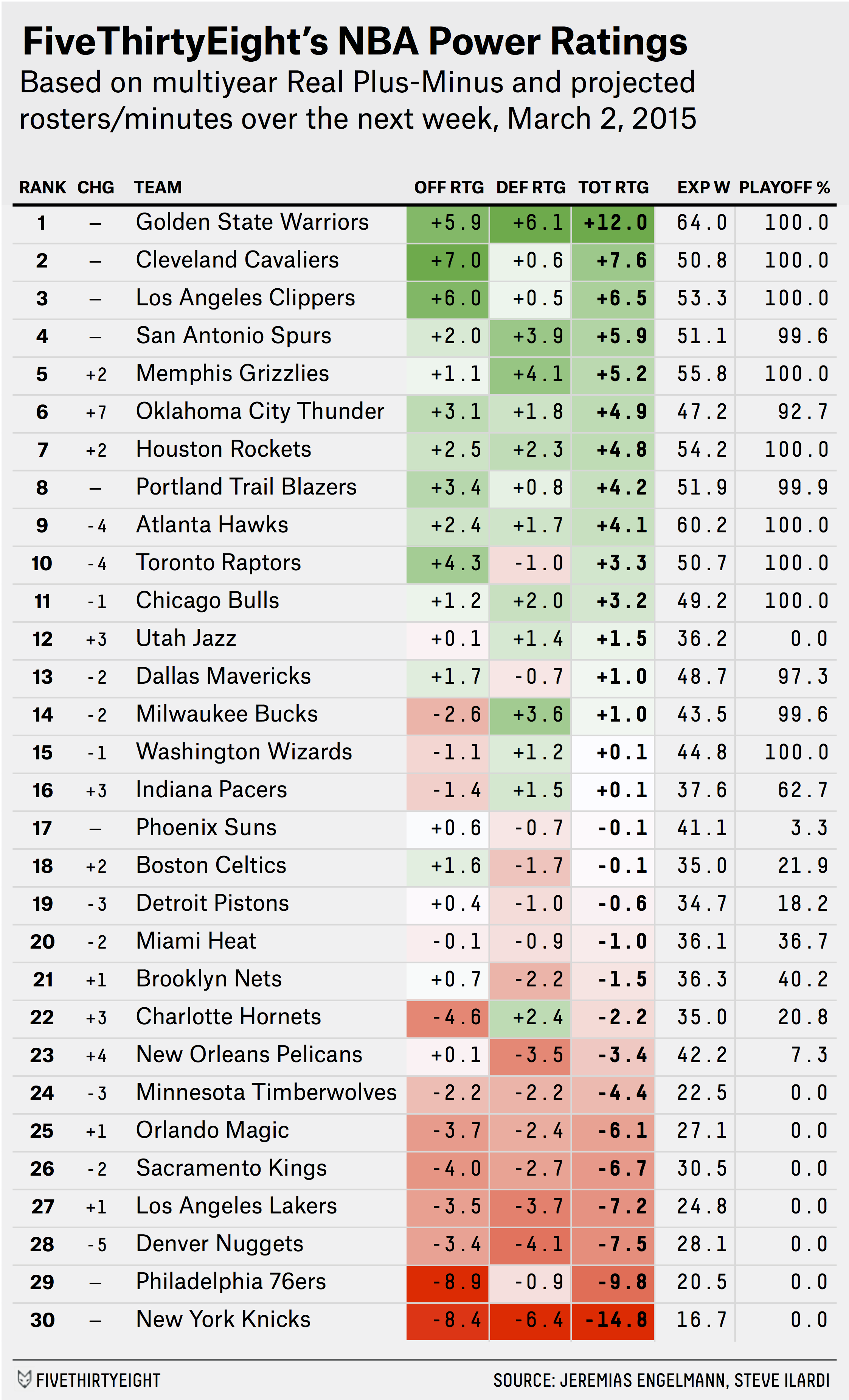 (Note: These ratings were calculated before news broke that Chicago’s Jimmy Butler would miss three to six weeks with an elbow injury. Butler carried a strong +3.2 RPM rating, so replacing his 26 minutes per game with a replacement-level player would drop the Bulls from 11th place to a tie for 19th with the Pistons. Chicago’s saving grace might be that the average player below Butler on the team’s depth chart is significantly better than replacement level, but there’s no doubt that this news reduces the Bulls’ rating.)

Some observations about the rankings this week: