On Tuesday, The New York Times put out a wanted ad in search of a better basketball team for its Knicks beat writer, Scott Cacciola, to follow. (The Knicks, after a dreadful 5-32 start to the 2014-15 season, have begun selling off assets.)

Well, I’m here to help. Certainly just about every other NBA team is more entertaining than the Knicks, and some have suggested Cacciola could even find better basketball overseas. But if he wants to stay close to home, there are also plenty of NBA teams with backup units superior to the Knicks.

Using a minute-weighted average of ESPN’s Real Plus/Minus (RPM) for each player in games they didn’t start, here are the teams whose benches have added more wins above replacement (WAR) than New York’s entire team thus far in 2014-15 (these stats are from before the Knicks traded J.R. Smith and Iman Shumpert): 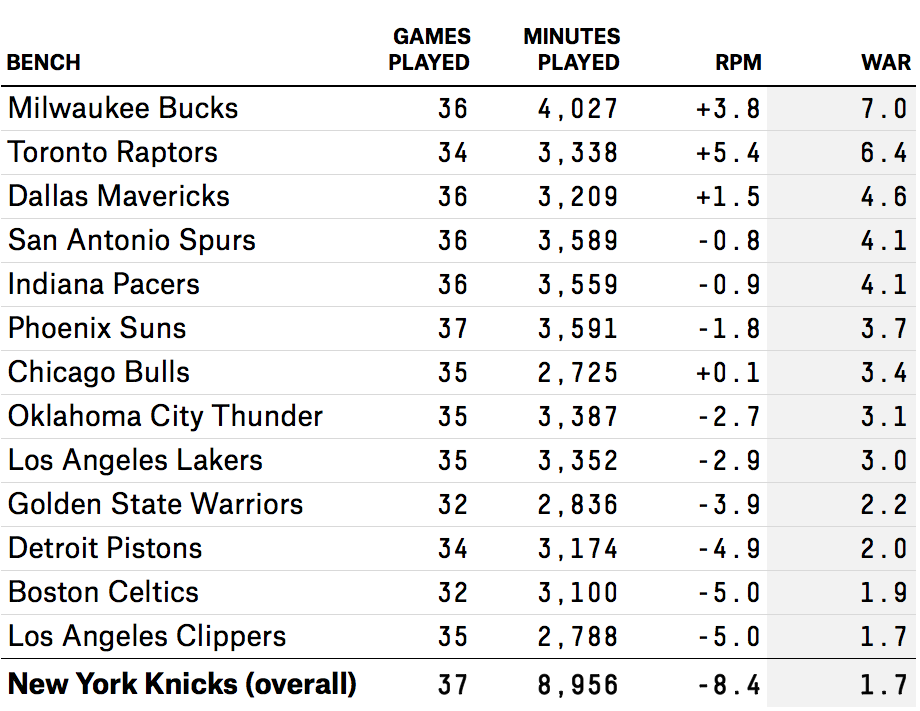