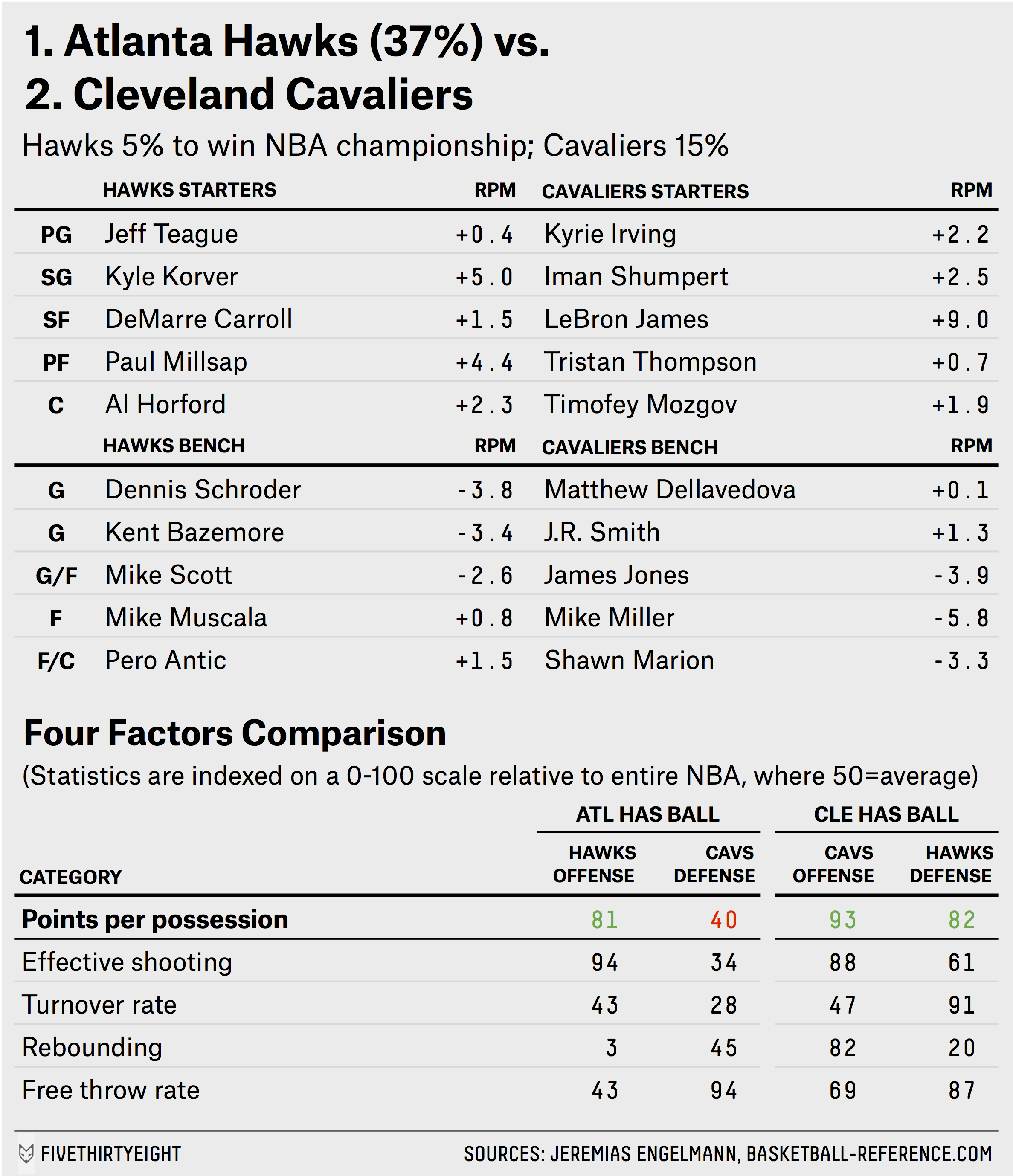 The Fighting LeBrons — err, we mean the Cleveland Cavaliers — face off against the Atlanta Hawks for a trip to the NBA Finals. It’s the four-time MVP vs. four All-Stars.

And it’s a close matchup, though the Cavs have a slight edge. The Hawks earned the top seed in the East and home-court advantage, but the Cavs still have a 63 percent chance of winning the series, according to our Real Plus-Minus projections.

But if these two teams are similar in their overall level of talent, they are radically different in its distribution. This year’s Hawks team is historically well-balanced — like the 2004 Detroit Pistons, the 2006 Phoenix Suns and the 2013 San Antonio Spurs. The 2015 Cavs, in contrast, are largely carried by James (and, to a lesser extent, by Kyrie Irving).

Atlanta has four players — Kyle Korver, Paul Millsap, Al Horford and DeMarre Carroll — who have all accrued 1.1 to 1.5 wins above replacement (WAR) through the first two rounds of the playoffs. Meanwhile, LeBron has amassed 2.1 WAR for the Cavs all by himself.

The Hawks rank fourth out of the 124 teams to make the conference finals since 1985 in terms of the evenness of their production. (As measured by the distribution of WAR among the five players with the most minutes through the first two rounds, weighted quadratically.1)

By that measure, the Hawks’ score was 52.2. (The higher the score, the greater the contribution the team received from its less-heralded players.) LeBron’s Cavs, however, ranked 71 out of the 124 teams with a score of 26.9 — so they’re not extraordinarily unbalanced, but they are less balanced than the typical team in the conference finals. In addition to the brilliance of James, that number was primarily driven by the weak production from Cleveland’s fourth- and fifth-best players, namely Tristan Thompson and Timofey Mozgov.

Below is a table of each conference finalist since 1985 with their weighted WAR and its percentile. The Hawks are in the 98th percentile, while the Cavs are in the 43rd.2 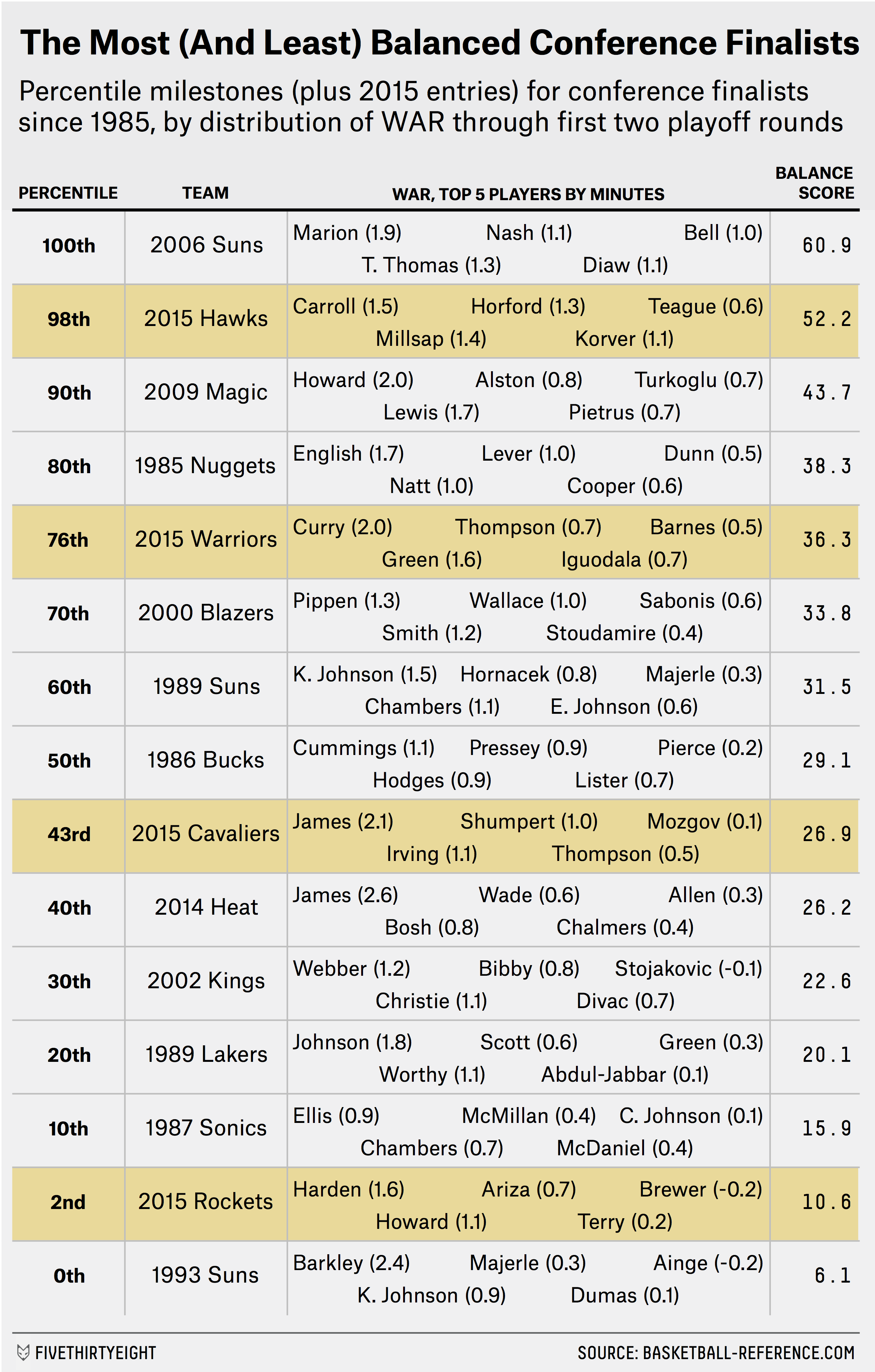 Over in the Western Conference, James Harden’s Houston Rockets, however, rank as the fourth most unbalanced team in the past 31 years — in the 2nd percentile! Meanwhile, this year’s Warriors team is more balanced than usual, ranking in the 76th percentile, which is amazing given that Stephen Curry himself has 2.0 WAR through the first two rounds. The Dubs have a superstar and a well-balanced team. (Which probably goes a long way toward explaining why they’re so great.)