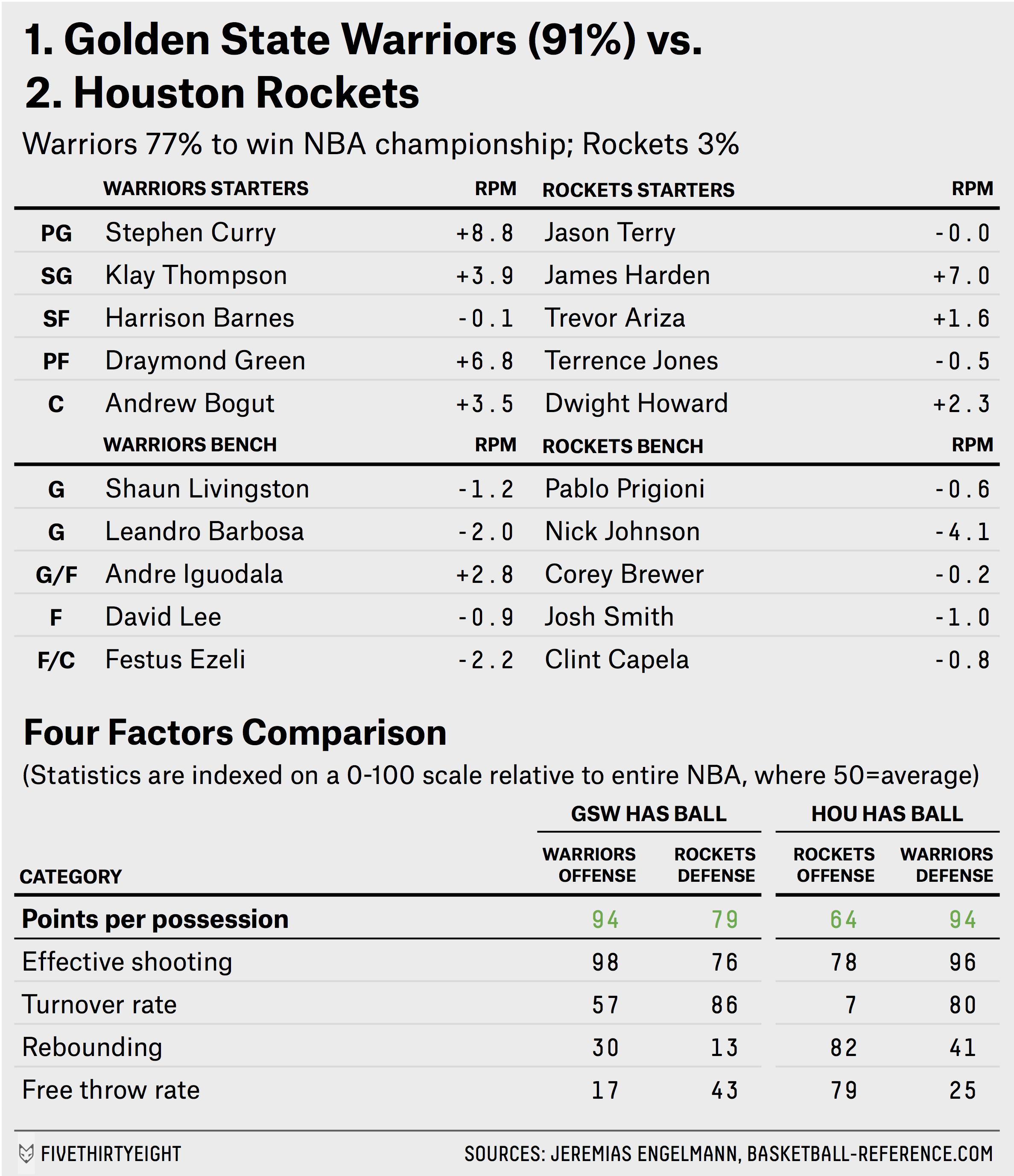 When Stephen Curry, the newly minted MVP, was asked about his Golden State Warriors’ upcoming matchup with the Houston Rockets and James Harden, who finished as the runner-up in MVP voting, Curry responded:

“All those story lines kind of end once the game starts for us because we understand it’s a team game and neither one of us is going to go out and win four games by ourselves.”

We’re inclined to agree with Curry. The series is about the teams, not specific players — especially because Curry leads a historically dominant Warriors team. Golden State has a 91 percent chance to beat Houston, according to our Real Plus-Minus projections.

Since 1985, the top two players in MVP voting have gone on to meet in the playoffs seven times. (Curry vs. Harden will be the eighth.) In those matchups, the MVP winner led his team to victory five times. The two exceptions took place in the NBA Finals: In 1985, MVP runner-up Magic Johnson’s Los Angeles Lakers unseated award winner Larry Bird’s Boston Celtics. And in 1997, Michael Jordan’s Chicago Bulls beat MVP Karl Malone’s Utah Jazz.

So the MVP is five-for-seven. And in those matchups, the “most likely better player” (at least, according to our long-term talent estimates) is also five-for-seven. The exceptions there came in 1998 — when Jordan’s Bulls won even though Malone was likely the more valuable player during the regular season — and, again, in 1985.

This year, those two trends will collide as Harden was most likely the best player, while Curry took home MVP honors.

Whether it’s the darling of the player ratings or the MVP voters who prevails in this matchup, though, one truth has held up across all these series: The team whose star has played better has won. 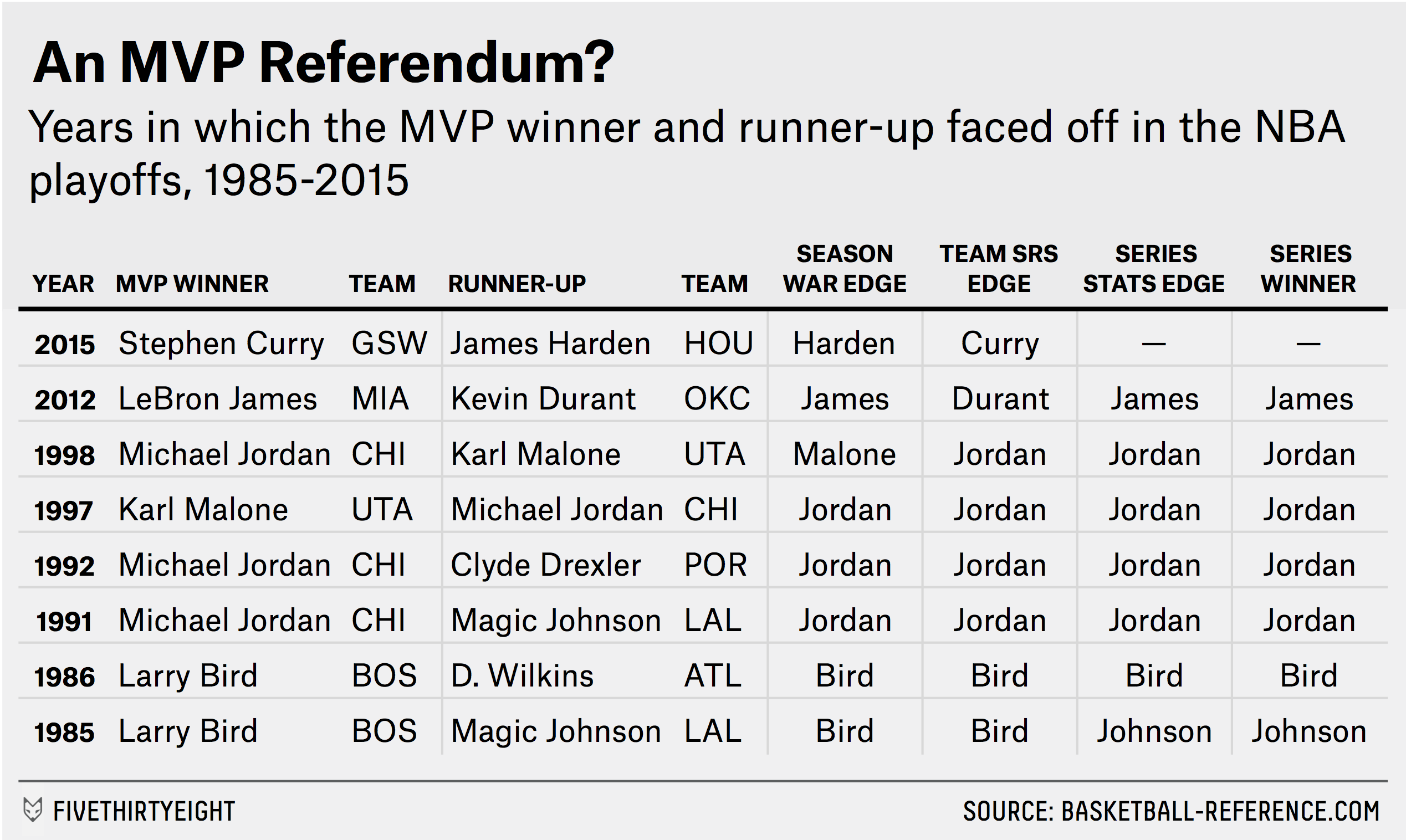 In every matchup of MVP and runner-up, the player with the better stats in the series (as measured by leveraged points above replacement) led his team to victory.

For example, look at the battles between Jordan and Malone in the 1997 and 1998 NBA Finals. In both cases, the player who won the MVP (Malone in 1997, Jordan the next year) rated second in the “most likely best player” derby. But in both instances, Jordan had the superior series statistically — and the Bulls cruised to back-to-back championships against the Jazz.

It’s a tiny sample size, of course, and each MVP candidate’s team has talented sidekicks who could conceivably carry the load if things were to go awry for the stars. But at the same time, don’t be stunned if the pattern holds and the relative play of Harden and Curry aligns with the overall result of the series.