The job market is finally gaining steam. But as Josh Zumbrun wrote in a Wall Street Journal column Monday morning, that improvement comes with an important caveat: Americans aren’t yet returning to the labor force. The important question for 2015 is whether they ever will.

I’ve written before about the historic decline in the share of adults working or actively looking for work. The so-called labor force participation rate is near a 35-year low and hasn’t rebounded along with the overall economy. That’s due at least in part to the aging of the baby boom generation and other long-term trends. (For much more on those trends, see the recent New York Times series on the decline of work.) But it’s also due to the weak economy: During the recession, millions of Americans gave up looking for work because there weren’t any jobs available. So far, at least, the economy hasn’t strengthened enough for them to start looking again.

Policymakers at the Federal Reserve have said repeatedly that if the economy heats up, these “missing workers” will return to the job market. But Zumbrun writes that many economists are becoming skeptical. The economy has generated at least 200,000 jobs for 10 straight months, and the unemployment rate has fallen below 6 percent. If that isn’t enough to bring people back to the labor force, then maybe nothing will. Maybe they’re gone for good.

There is some reason for optimism, however. Zumbrun notes that the share of the unemployed leaving the labor force has continued to rise during the recovery. But among the long-term unemployed — those out of work more than six months — there have been some recent signs of improvement. Over the past year, the long-term jobless have become more likely to find work, while the share leaving the labor force each month has stopped rising. 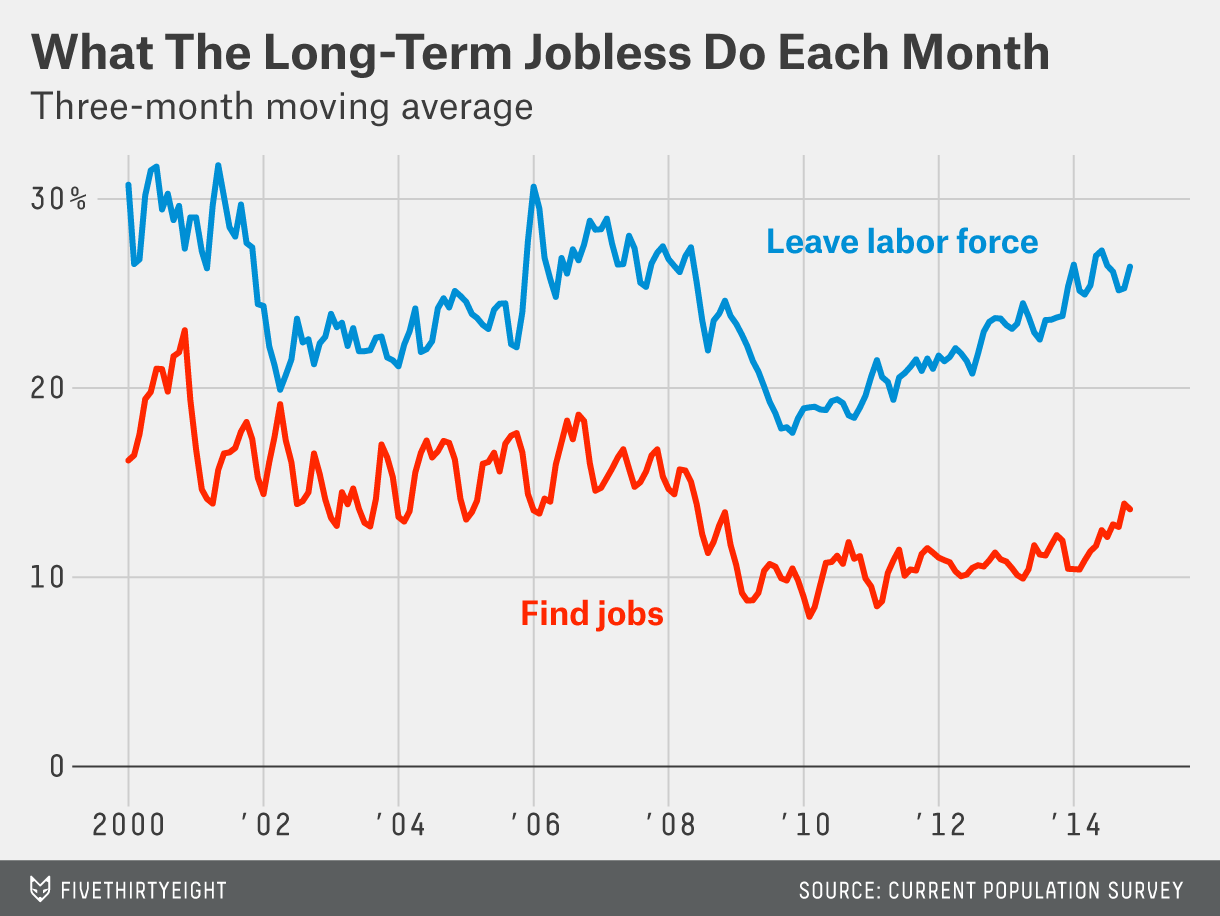 The long-term unemployed still have a much harder time finding work than people who lost their jobs more recently. But any improvement is good news. If employers are finally willing to hire the long-term jobless, the economy might finally be getting to the point where people who left the job market will start coming back.

To be clear, even if people start returning to the job market, the overall participation rate might not rise much, if at all. Millions of boomers will continue to reach retirement age and leave the labor force. But as long as the economy keeps improving, the participation rate should flatten out. If it doesn’t, that’s a sign that the scars of the recession may never fully heal.