In the wake of their dominating victory over West Virginia Thursday night, the Kentucky Wildcats have achieved a fairly remarkable distinction according to our March Madness predictions: They’re now more likely to go undefeated than not. Our latest calculations give Kentucky a 54.5 percent likelihood of winning the national championship — so in a bet between the Wildcats going unbeaten and anybody else in the field knocking them off, they should be considered a slight favorite.

Kentucky’s chances were already quite good going into the tournament. On the morning after Selection Sunday, our model pegged their odds of winning it all (and going undefeated) at 40.7 percent, a mind-blowingly high probability considering it meant winning six straight games against the best teams in the country.

Those odds didn’t really change much through the Wildcats’ first two games. Winning two games (by a combined margin of 143-107) helped, but they were overwhelmingly favored in each, and performed below the expectations set by their pregame power ratings. That’s why their rating dropped slightly over the tournament’s first two games, and their odds of going undefeated went up by just 0.4 percentage points.

All of that changed Thursday night, when we finally saw Kentucky play like the team that had been hailed all season long as one of the best in NCAA history. After trouncing West Virginia by 39 points (and doubling up the Mountaineers on the scoreboard), the Wildcats’ tournament victory chances improved by 13.9 percentage points, and their power rating improved from 97.9 to 99.7.

That wouldn’t have been the case had the win not been so convincing. Here’s what Kentucky’s NCAA tournament win probability (and odds of an unbeaten season) would have been if they’d beaten West Virginia by different margins: 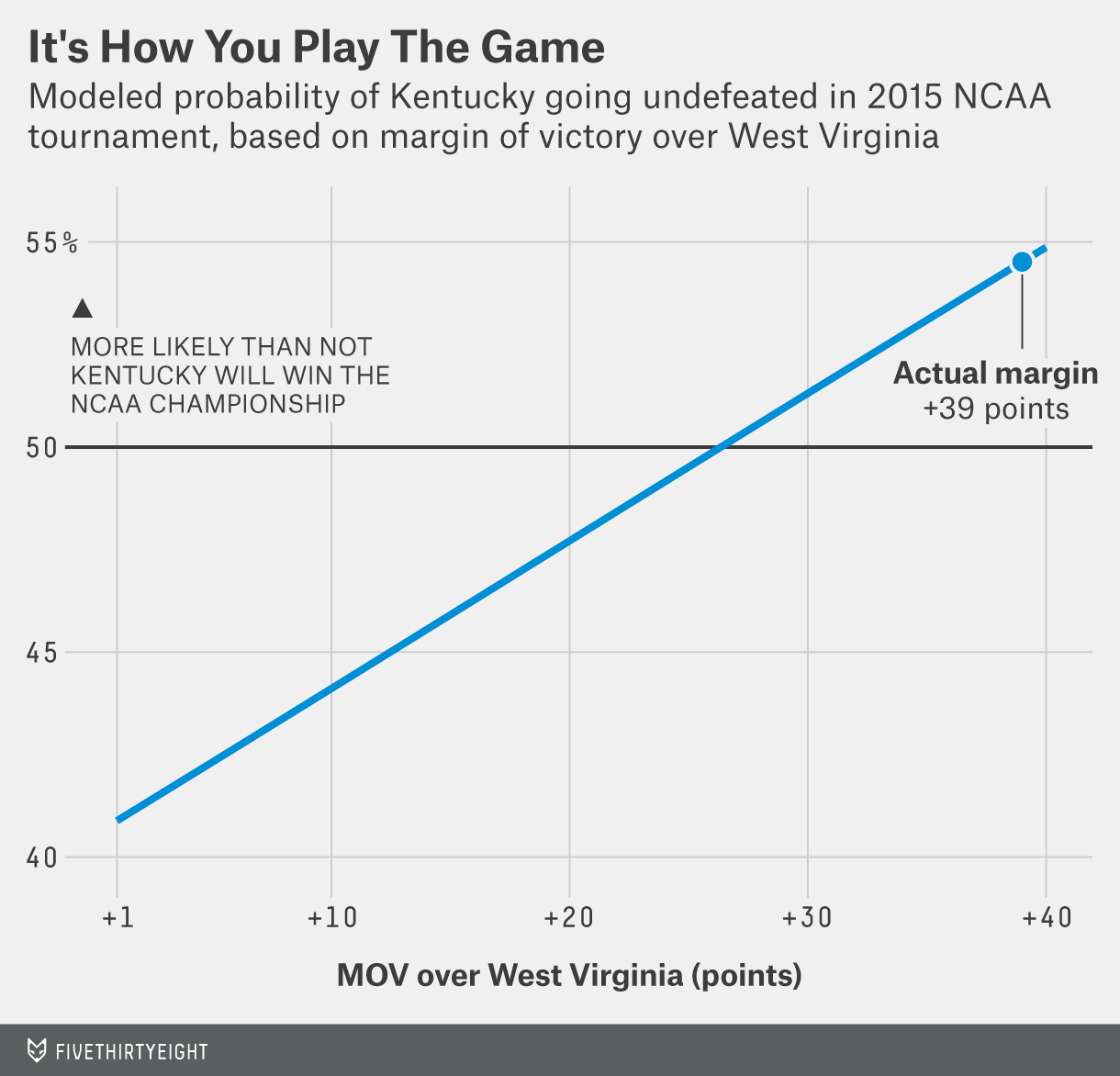 In the FiveThirtyEight model, it’s not just that a team wins, but how. This fact had worked against Kentucky up until Thursday night, but now it’s the reason the Wildcats are modest favorites to supplant Bob Knight’s 1975-76 Indiana Hoosiers as college basketball’s most recent undefeated team.