Jeb Bush’s claim Wednesday that Americans “need to work longer hours” may have been bad politics, but he got the economics pretty much right.

The comment came in an interview with the editorial board of the Manchester Union-Leader, a New Hampshire newspaper. According to video of the interview, Bush, the former Florida governor turned Republican presidential candidate, said this:

My aspiration for the country — and I believe we can achieve it — is 4 percent growth as far as the eye can see. Which means we have to be a lot more productive, workforce participation has to rise from its all-time modern lows, means that people need to work longer hours and through their productivity gain more income for their families. That’s the only way we’re going to get out of this rut that we’re in.

Democrats immediately seized on the “longer hours” line, which they called “out of touch.” Bush scrambled to clarify that he was talking about the need for more full-time jobs.

But rather than focusing just on one controversial phrase, it’s worth looking at Bush’s whole statement. Bush is highlighting one of the most basic formulas in macroeconomics: In its most simplified form, a country’s economic output is the product of its number of workers times how many hours they work times how much they can produce in an hour. If you want the economy to grow faster, you have to get at least one of those three factors — workers, hours or productivity — to accelerate.

Right now, as Bush says, the U.S. is struggling in all three areas. Start with the number of workers: Labor force participation — the share of the adult population that’s working or actively looking for work — has been falling for 15 years and is at its lowest level since 1977. 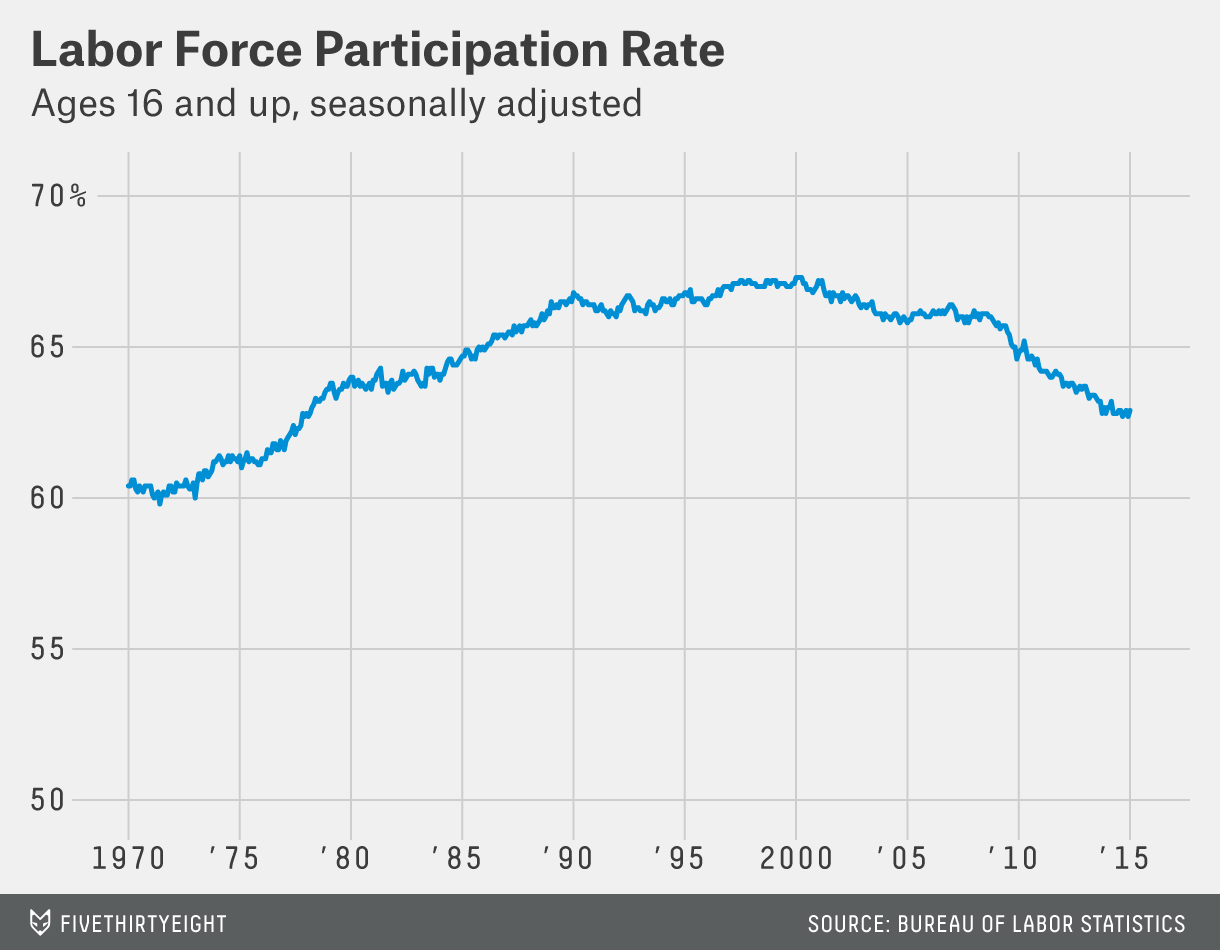 The drop in labor force participation is being driven in significant part by a demographic trend that’s beyond the control of any president: The retirement of the baby-boom generation. But as I’ve discussed at greater length in the past, aging boomers can’t explain the entire decline. Even among Americans in their prime working years, participation is declining, for reasons that remain hotly debated by economists.

On hours — the issue that got Bush in trouble — the story is a bit more complicated. The length of the average workweek dropped sharply during the recession but has since rebounded. Over the longer term, working hours have fallen since the 1970s but have held fairly steady over the past 15 years at a bit more than 34 hours a week. (Pre-2006 data is available only for nonmanagers.) Those numbers are based on data from employers; workers themselves report longer hours, but surveys show the same steady trend. 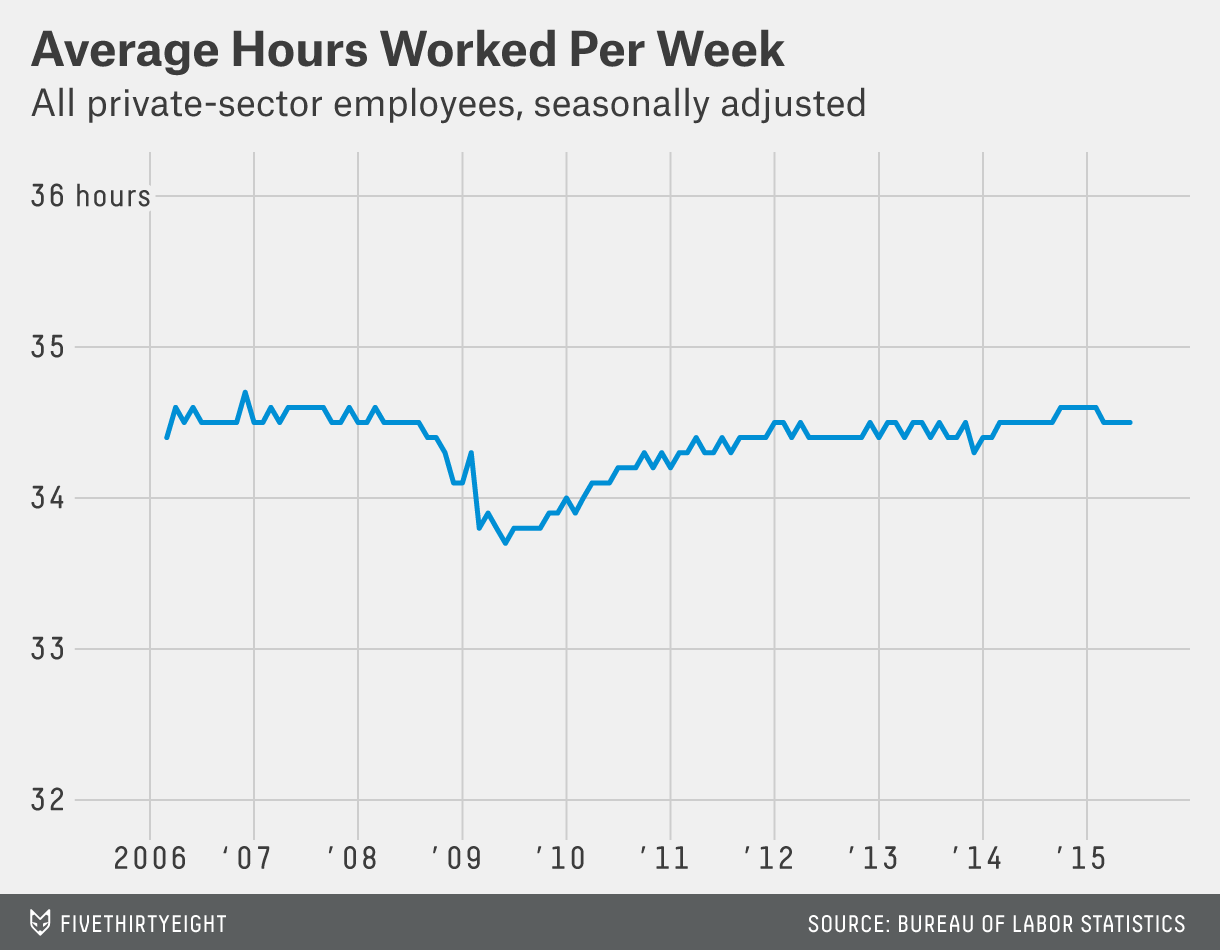 But though overall hours may have recovered, full-time employment remains below prerecession levels — even before adjusting for the growing population. And 6.5 million Americans are working part-time because they can’t find full-time work, a number that’s been falling rapidly but remains far above normal. In other words, many Americans are ready to “work longer hours” — if only they could find a job that would let them. 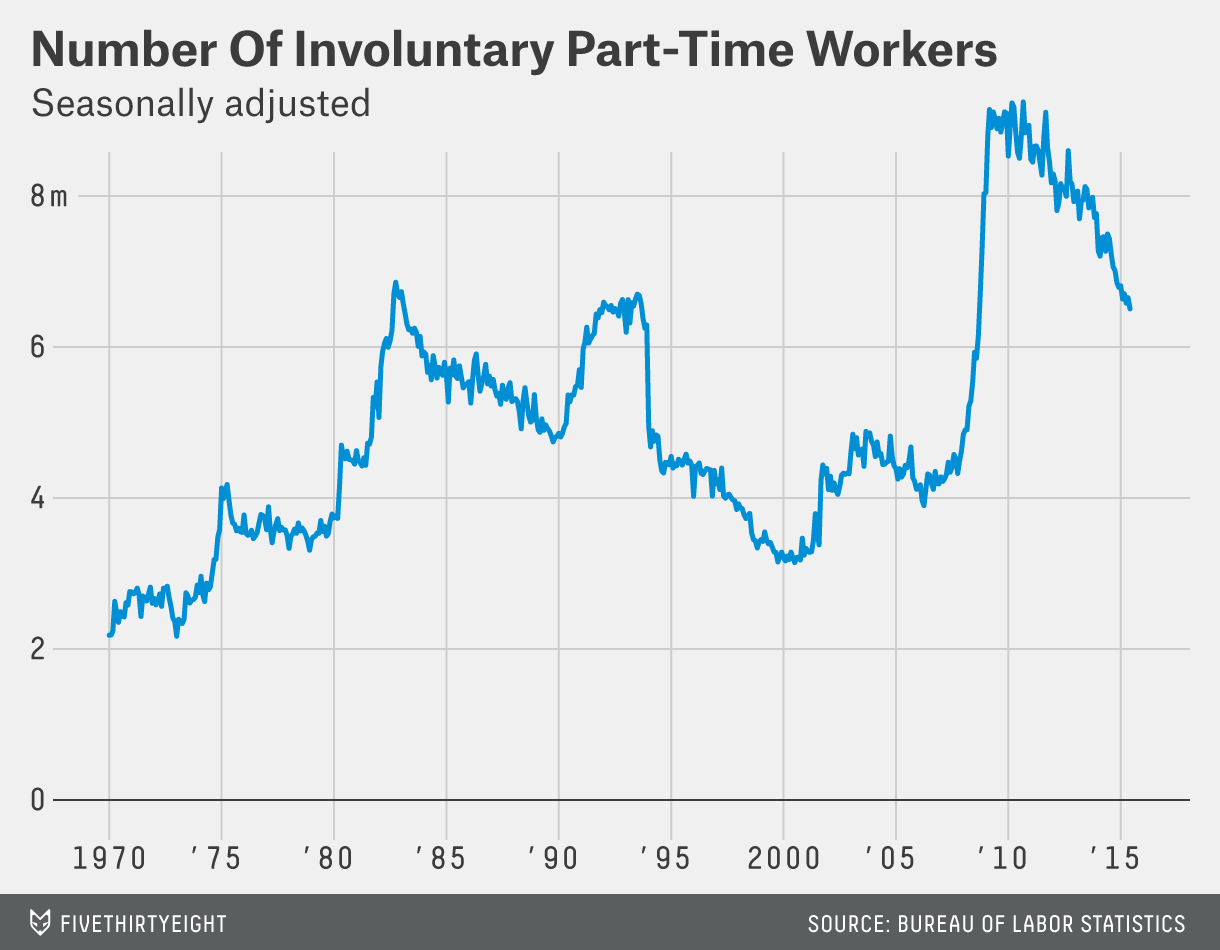 Productivity, the last of the three measures Bush referred to in his comments, is one of the most perplexing economic trends in recent years. After accelerating in the late 1990s, productivity growth has slowed markedly in the past decade. The slump is a bit of a mystery given the rapid pace of technological progress, which should generally allow companies to produce more per hour of work. (Just think how many stories you’ve seen recently about robots taking our jobs.) Some economists argue that recent technological gains haven’t been as significant as those of the past; others think the recent slowdown is just a temporary blip. 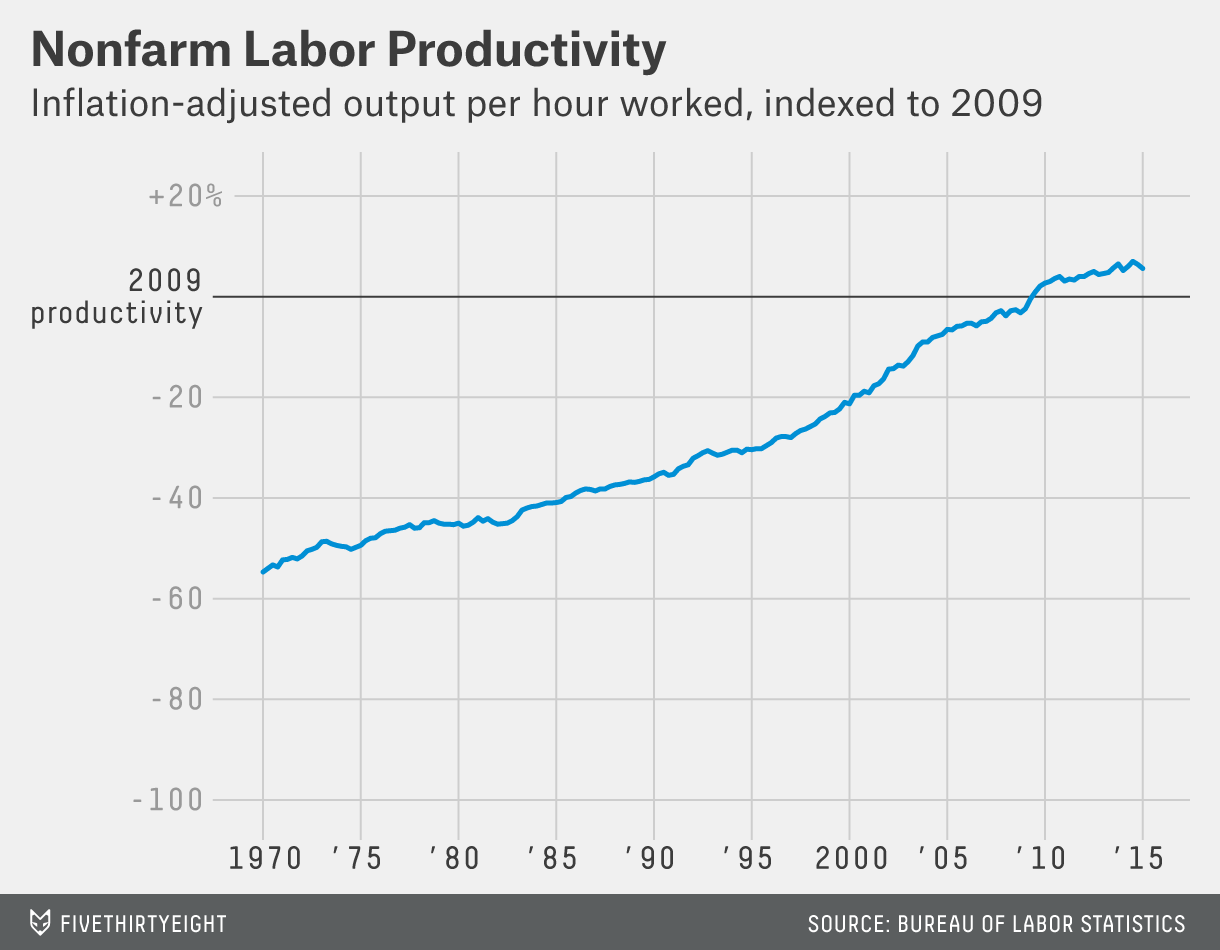 So Bush is right that labor force participation, hours and productivity have all been trouble spots for the U.S. economy in recent years, in most cases going back well before the recent recession. And he’s right that there’s no way to achieve faster economic growth without improving those metrics.

The real question, of course, is how to do that. Bush has promised a 4 percent annual growth rate but hasn’t provided much detail on how he’d get there; most economists are skeptical that any president has enough control over the economy to make good on such a promise. Saying we need more full-time jobs is easy; creating them is much tougher.