With the bye weeks over in the NFL, it’s time to talk playoffs. Four teams have been eliminated, none have clinched and divisions are up for grabs, whether they be impressive (AFC North) or terrible (NFC South). It’s a good time to check in on how teams have fared in FiveThirtyEight’s playoff rankings.

As a reminder, we’ve been messing around with two models for the NFL this season. The first, Elo, rates teams based on the result of each week’s games: outcome, margin of victory and strength of opponent are the key considerations. The second, which Mike Beuoy developed at Inpredictable.com, ranks teams on “generic points favored,” which is calculated from betting market data. The rankings from both models are used to simulate the rest of the NFL season many thousands of times, which is where each team’s playoff probabilities come from.

Below are eight charts, one for each division, showing how these probabilities have changed since they were first run before Week 1. The solid line is Elo and the dotted line is Inpredictable, so you can see where the models agree and disagree. 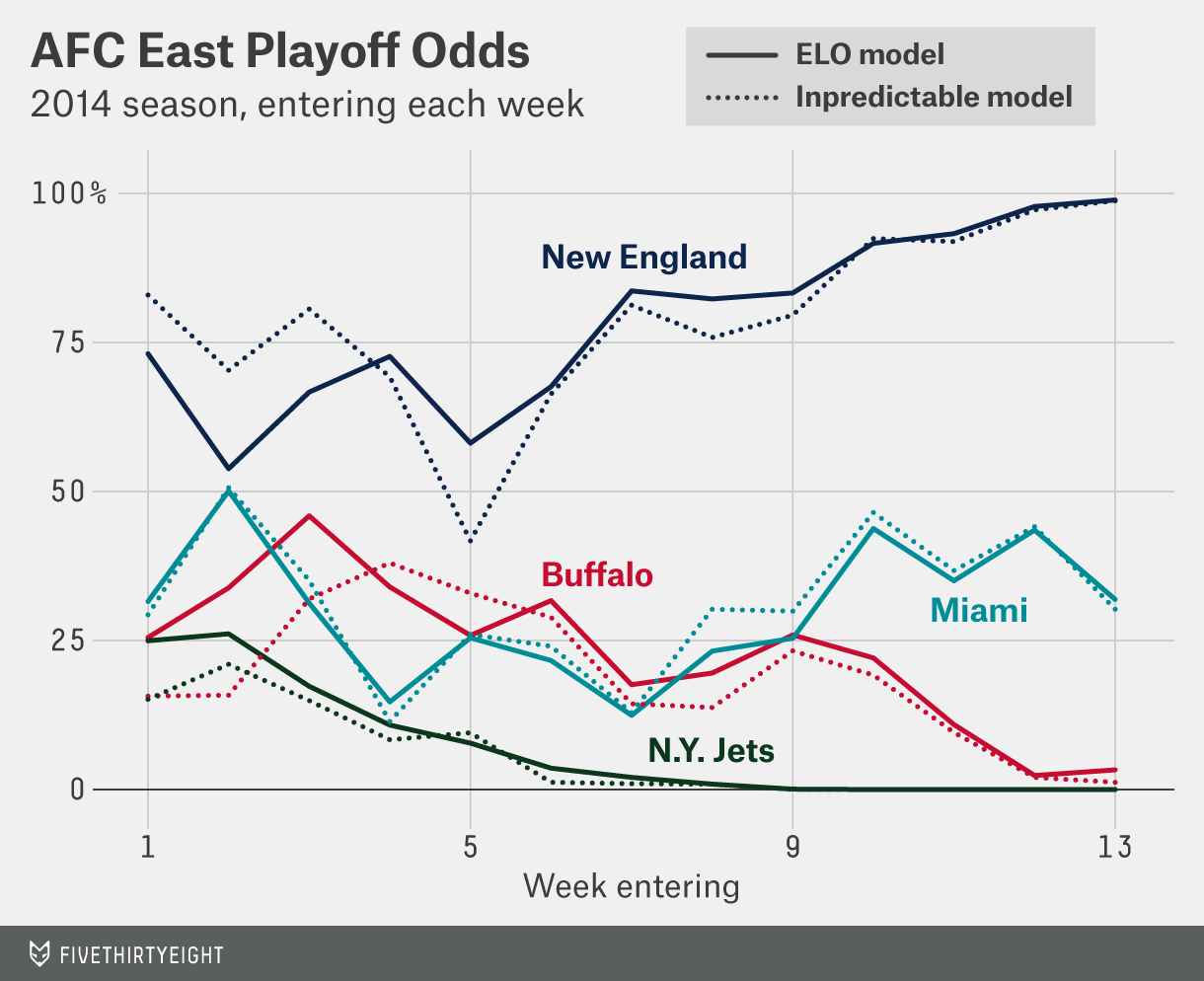 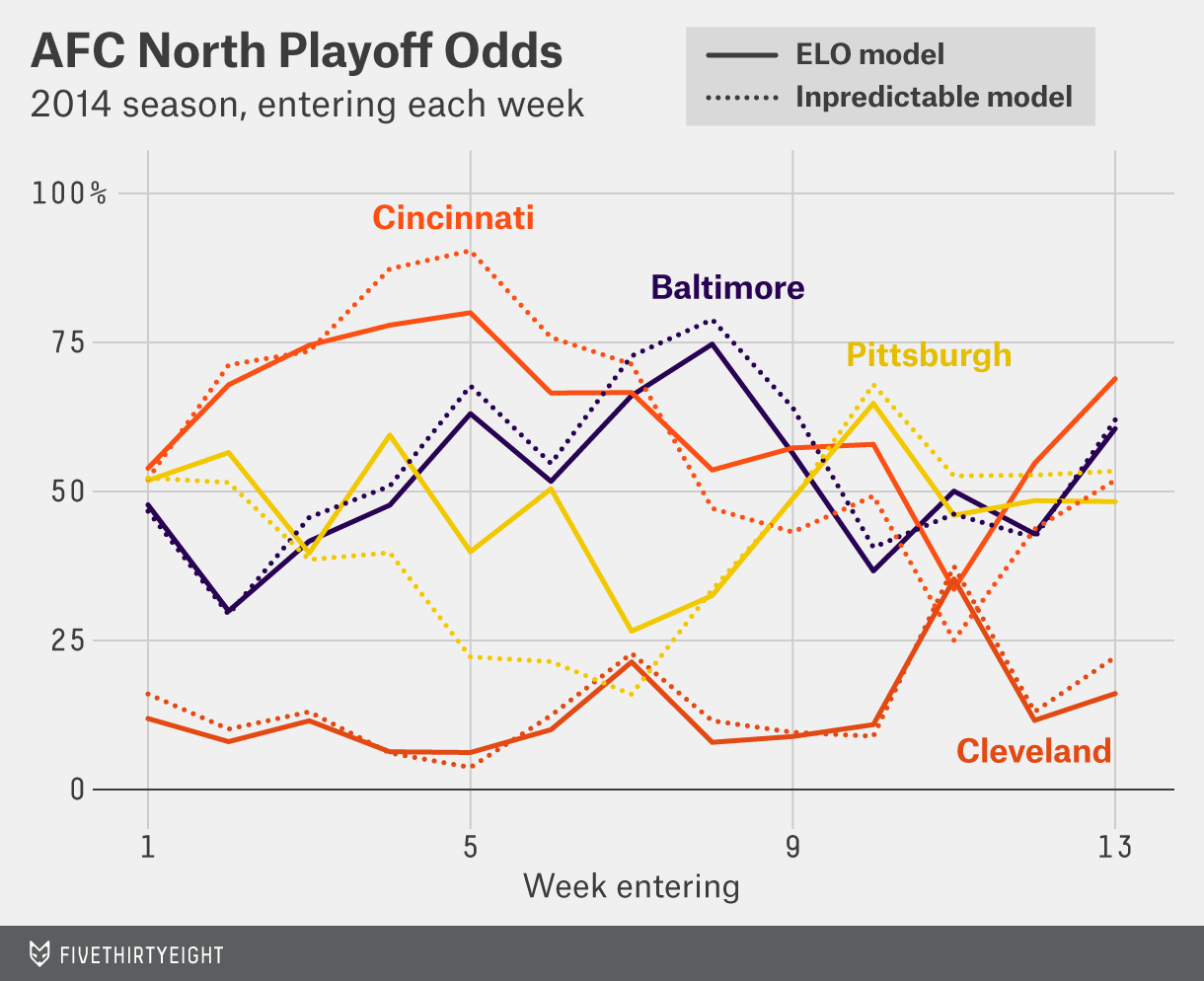 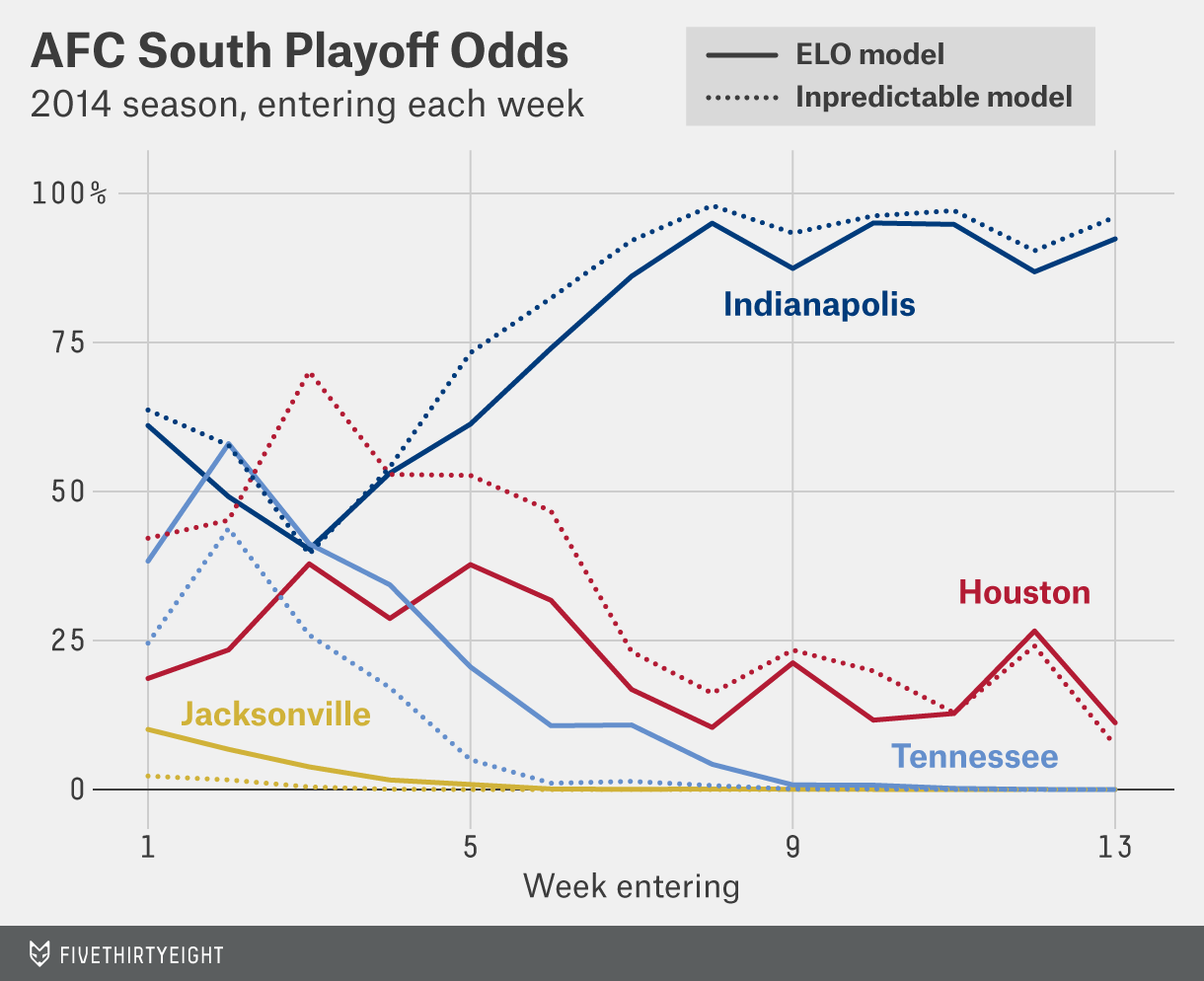 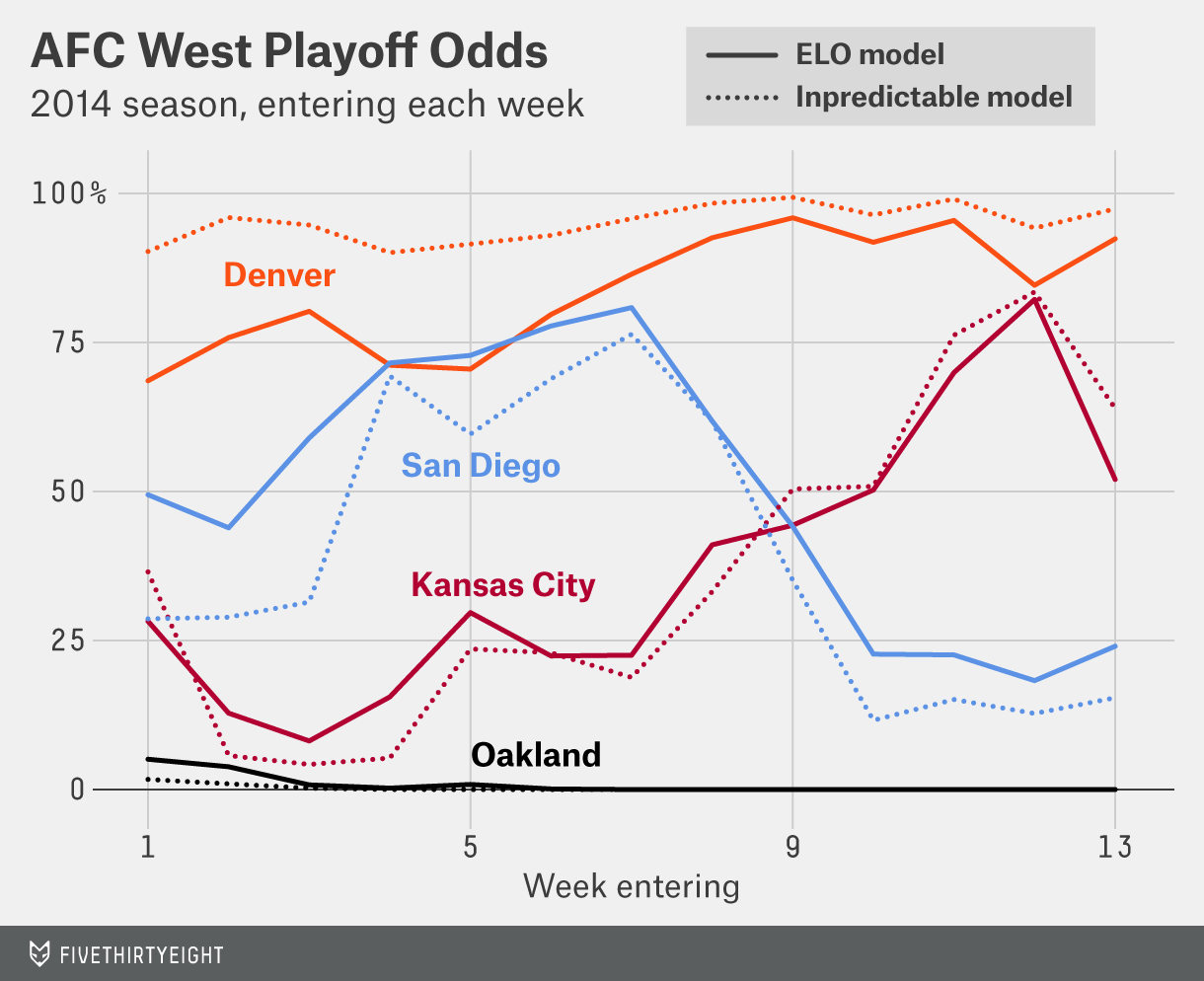 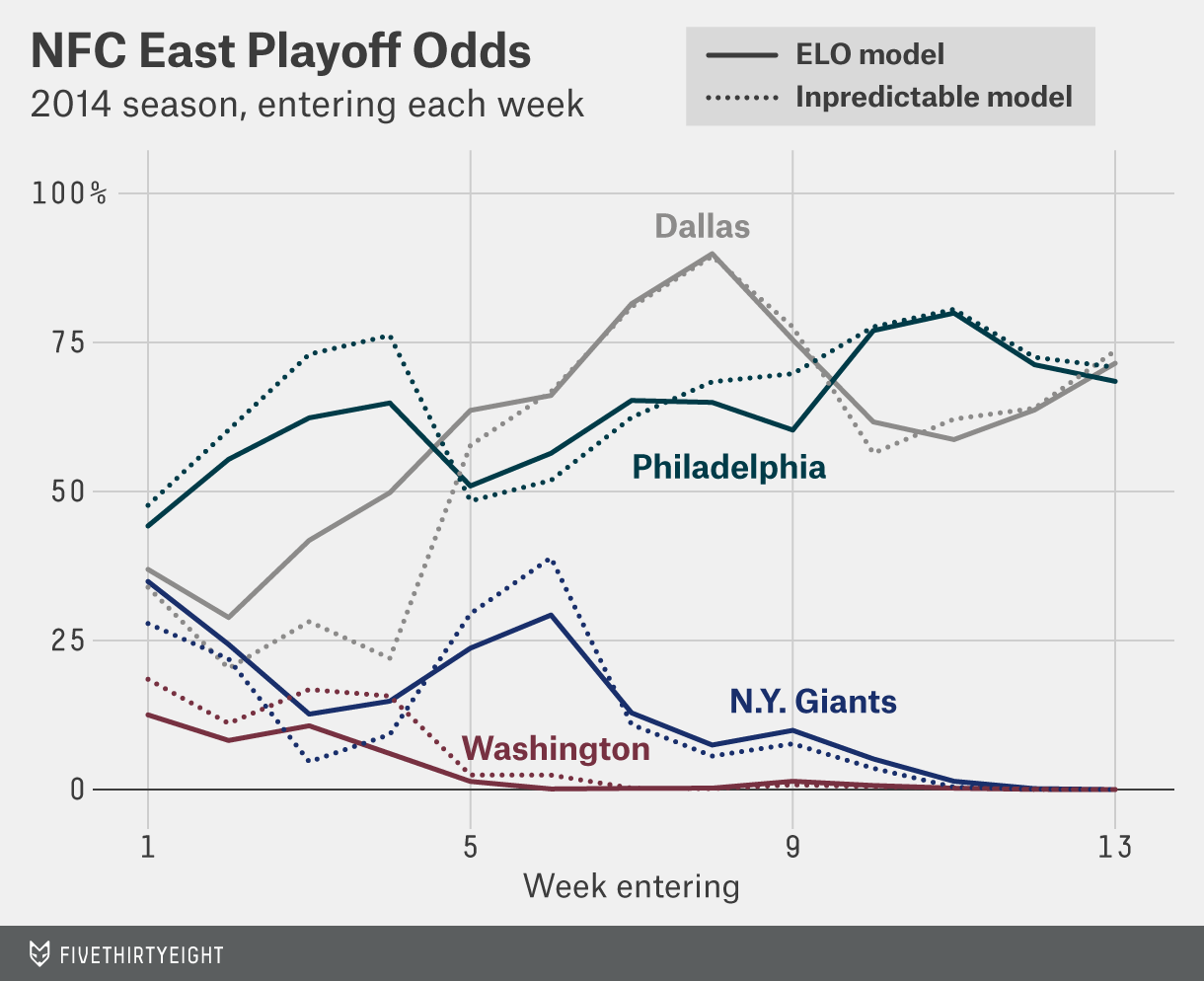 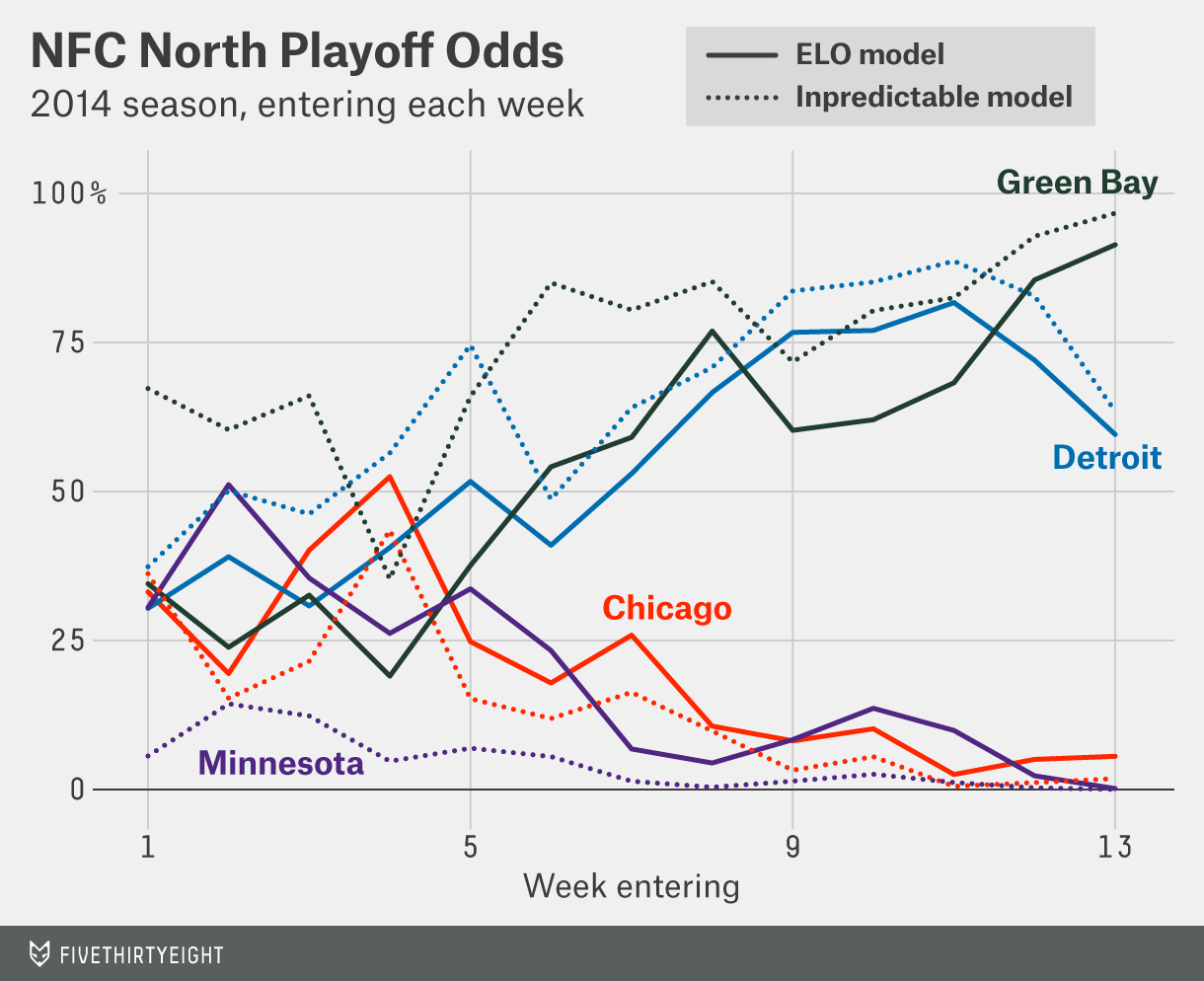 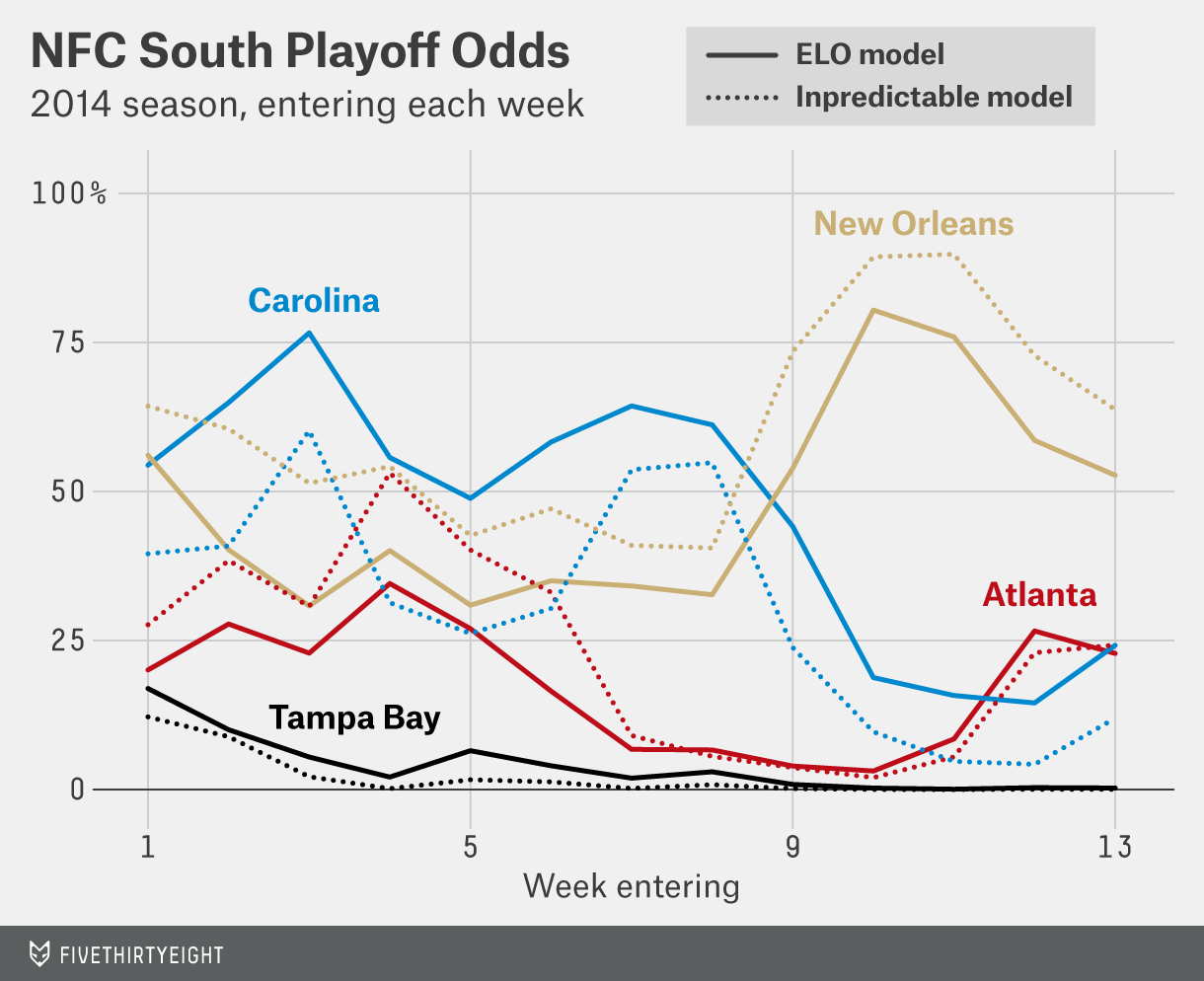 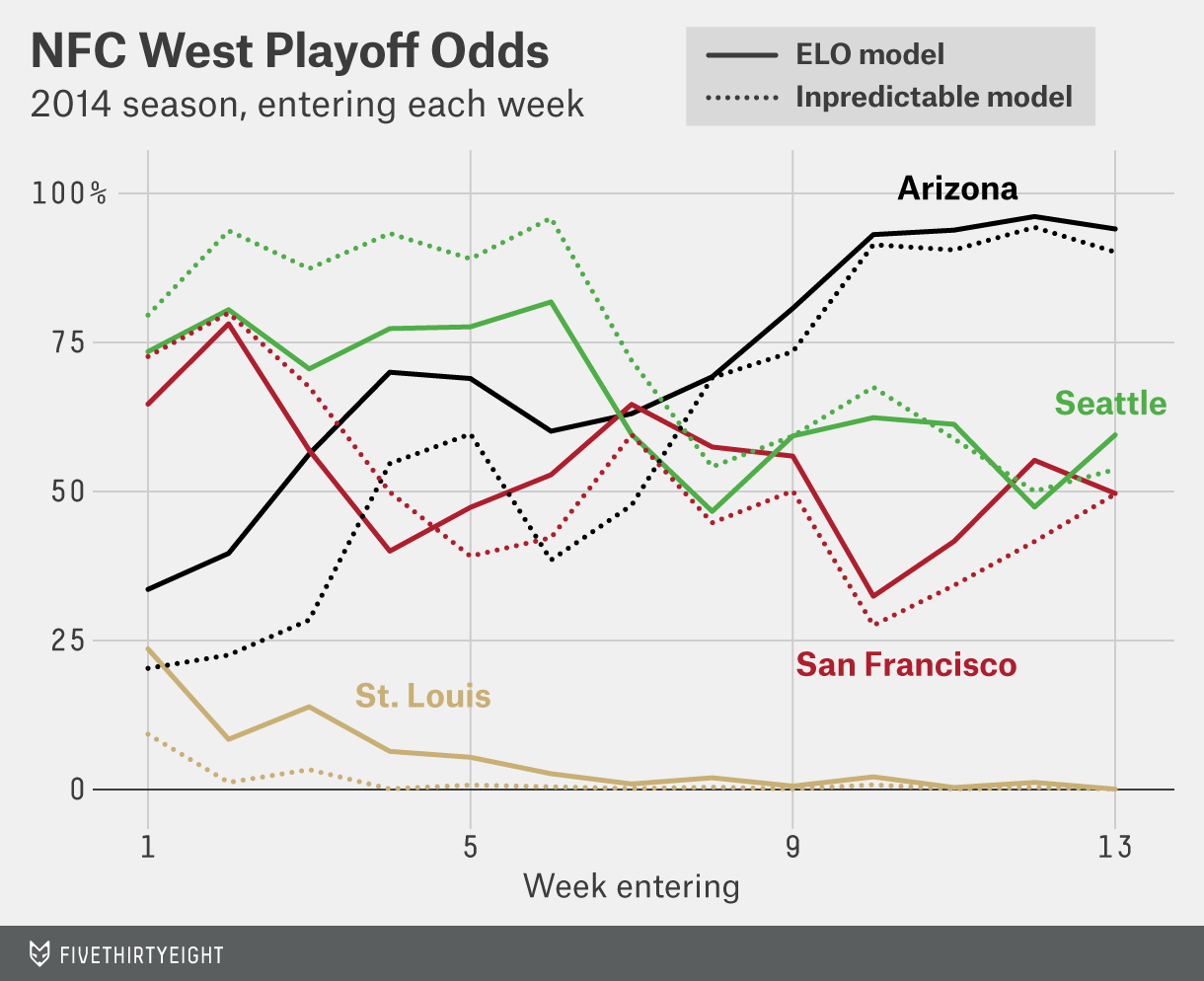 You may notice that Elo and Inpredictable have converged a bit as the season has progressed. The chart below shows how much the two models have differed week to week, as measured by the difference in playoff odds between the two for the average team. 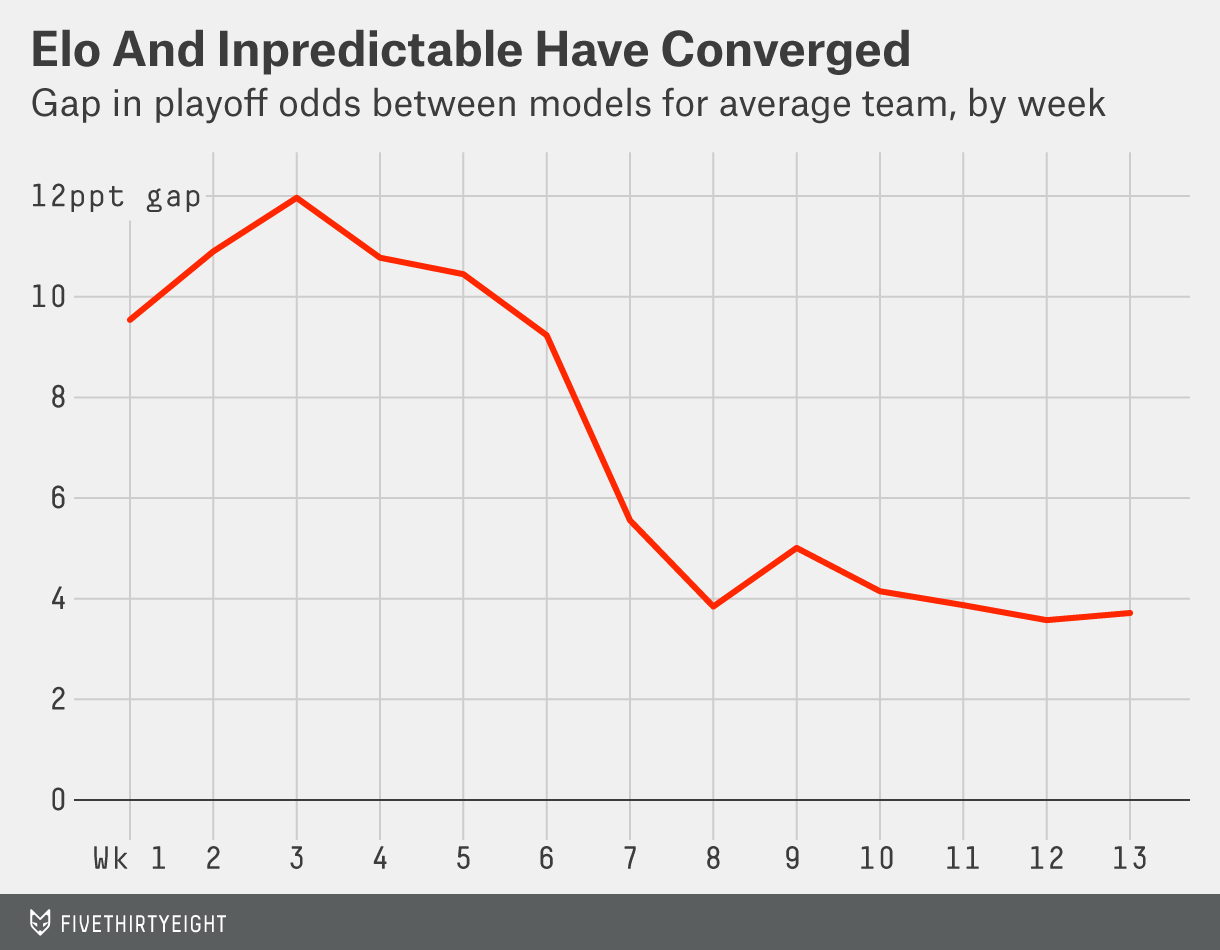 The two models diverged most early on and have started to agree a lot more as Elo adjusts to 2014 team performance. (That’s because Elo ratings for Week 1 were based on each team’s rating at the end of the 2013 season, reverted to the mean by one-third, while Inpredictable’s market model was based on up-to-date betting lines.) It’s a bit more surprising that the gap has held steady the last couple of weeks. The models continue to show a greater than 10 percentage point disagreement on the playoff odds of the Cincinnati Bengals (69 percent for Elo, 52 percent for Inpredictable), Carolina Panthers (24 percent vs. 12 percent), Kansas City Chiefs (52 percent vs. 64 percent) and New Orleans Saints (53 percent vs. 64 percent). Obviously, they have to agree on these teams after Week 17, so let’s see how quickly they get there.

CORRECTION (Nov. 26, 1:24 p.m.): One of the charts in this article originally misidentified the division it depicted. It was the NFC East, not the AFC East.