UPDATE (Nov. 29, 3:52 p.m.): The interactive tables above have been updated to include the results of Thursday’s match-ups, and those games has been removed (the text of the article has not been updated).

Turkey and football is an annual tradition. Turkey and meaningful football is a treat. So be thankful this year: When ranked by total playoff “swing” — a measure of how much each game affects the playoff picture1 — three of the top four Week 13 games will take place on Thanksgiving.

When the Chicago Bears visit the Detroit Lions in the first Thanksgiving Day game, the stakes are straightforward. The Bears are largely out of playoff contention, so all affected teams do better with a Lions loss — excluding the Lions, of course.

You don’t need a complicated statistical model to tell you that the next game, between the Philadelphia Eagles and the Dallas Cowboys, will have huge implications for the NFC East title race. Going into the game, the Eagles have a slight edge on the Cowboys, with a 55 percent chance to win the division. A win in Dallas would increase its division title chances to 82 percent; a loss would drop it to 36 percent. Outside of the NFC East, the Green Bay Packers would prefer an Eagles victory, and the 49ers would prefer a Cowboys victory.2

Thursday night’s game between the Seattle Seahawks and the San Francisco 49ers will have significant playoff implications, but probably not in the way envisioned when the schedule was drawn up. The NFC West title isn’t at stake; the Arizona Cardinals have crashed the divisional party this year. Arizona holds a two-game lead over both Seattle and San Francisco. The Lions, Cowboys and Eagles will all be rooting for a San Francisco loss. And though Arizona’s playoff chances are better with a 49ers loss, its division title chances are better with a Seattle loss. 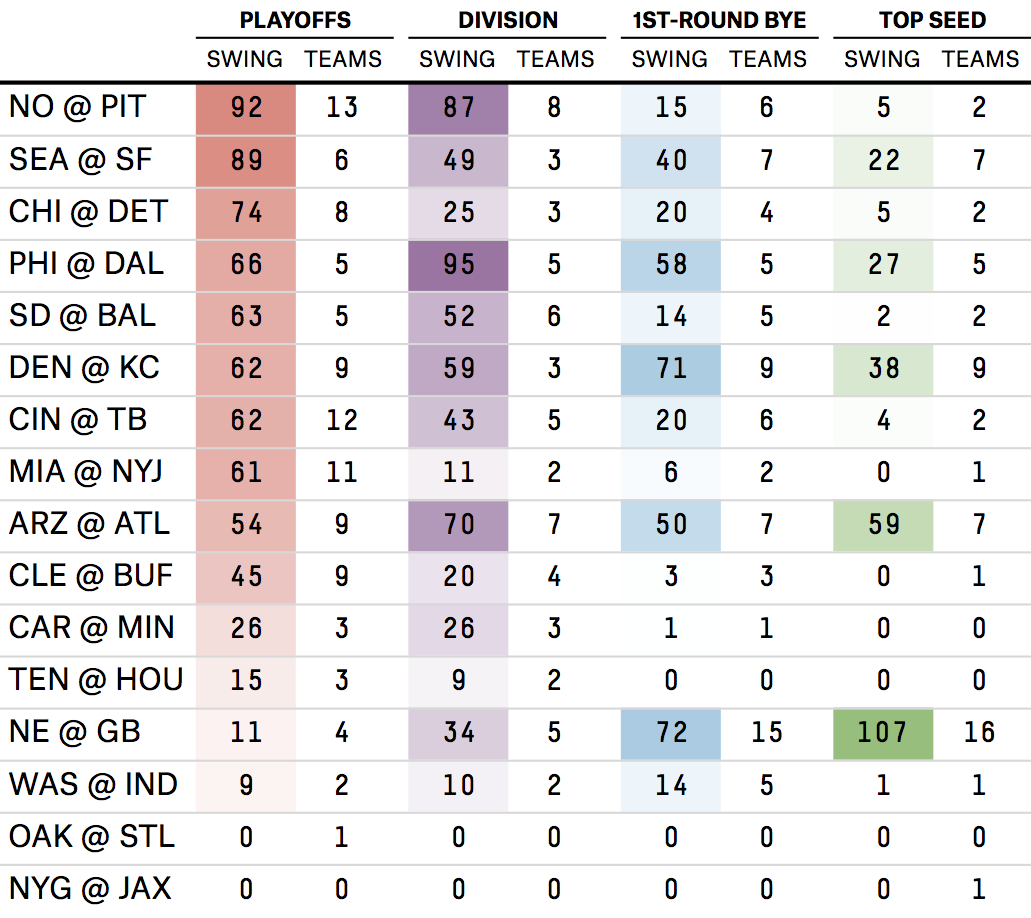 We’ll let the charts do the talking for the rest of Week 13’s games. The most meaningful non-Turkey Day game is between the New Orleans Saints and the Pittsburgh Steelers, with more than 90 percentage points of playoff probability on the line. But, to close out this column, we thought we’d highlight some of the more interesting (or infuriating, depending upon your perspective) playoff scenarios that emerged from the 50,000 simulations that form the basis for this weekly feature. You can try your own hand at this with ESPN’s excellent Playoff Machine tool. But the scenarios below at least have a veneer of statistical plausibility. 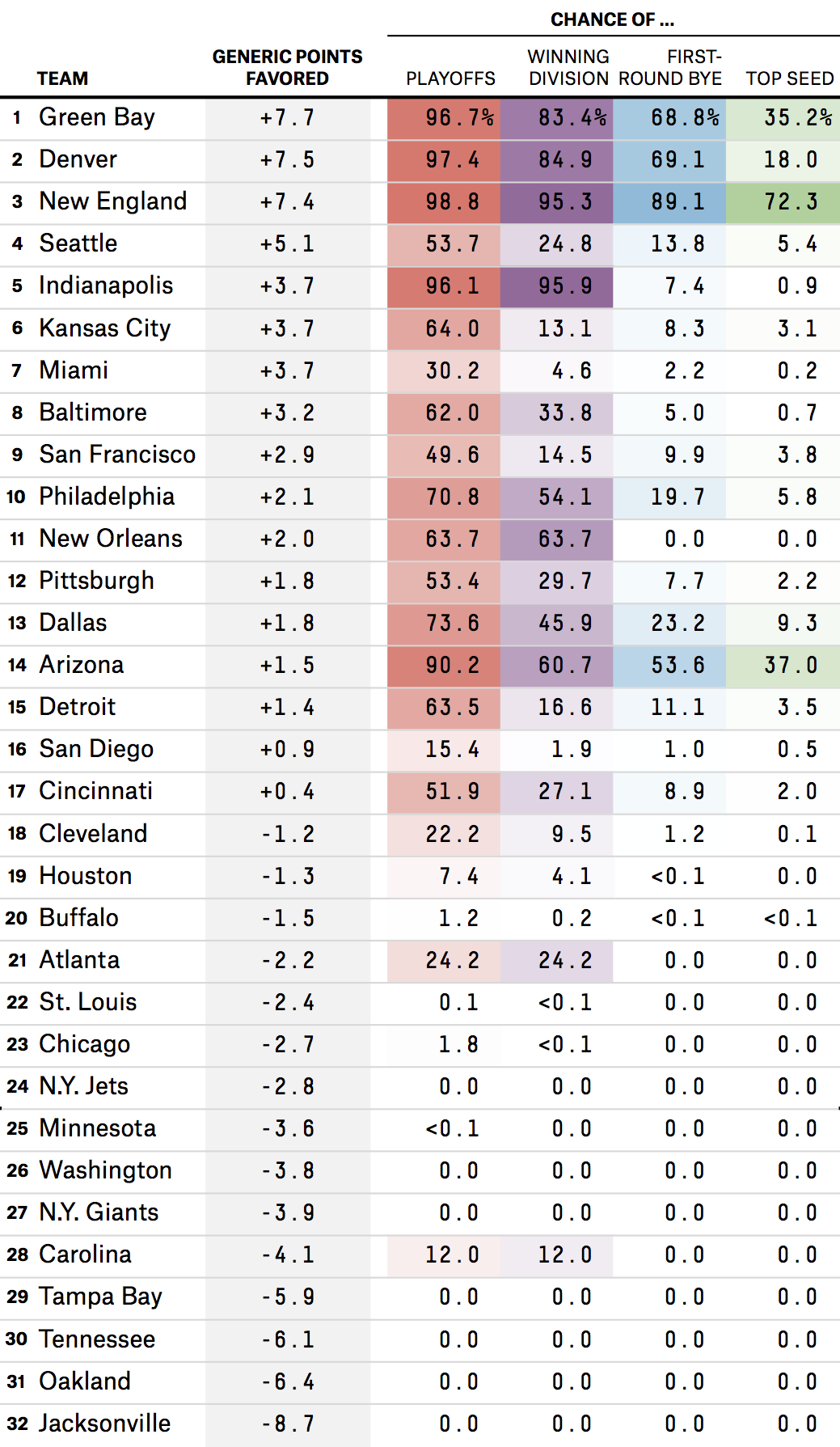