This weekend, thousands of baseball fans will descend on Cooperstown, New York, for the Hall of Fame inductions of Ken Griffey Jr. and Mike Piazza, two of the best and most popular players of the 1990s. Griffey was basically the second coming of Willie Mays, and Piazza was the best hitting catcher ever, with a defensive reputation that’s been rehabilitated in recent years thanks to new data.

And yet something doesn’t sit quite right, and the problem isn’t Griffey and Piazza — it’s that they aren’t joined by more of their peers. Both Griffey and Piazza come from an era that has been horribly underrepresented among HoF inductees since its players began reaching eligibility, and their inductions alleviate the problem only slightly. If we look at the players on each ballot who weren’t chosen by the Baseball Writers’ Association of America, weighting their career wins above replacement1 according to how they ranked among those who missed the cut,2 the past four years have contained snubs previously unseen since Hall voting started in 1936. 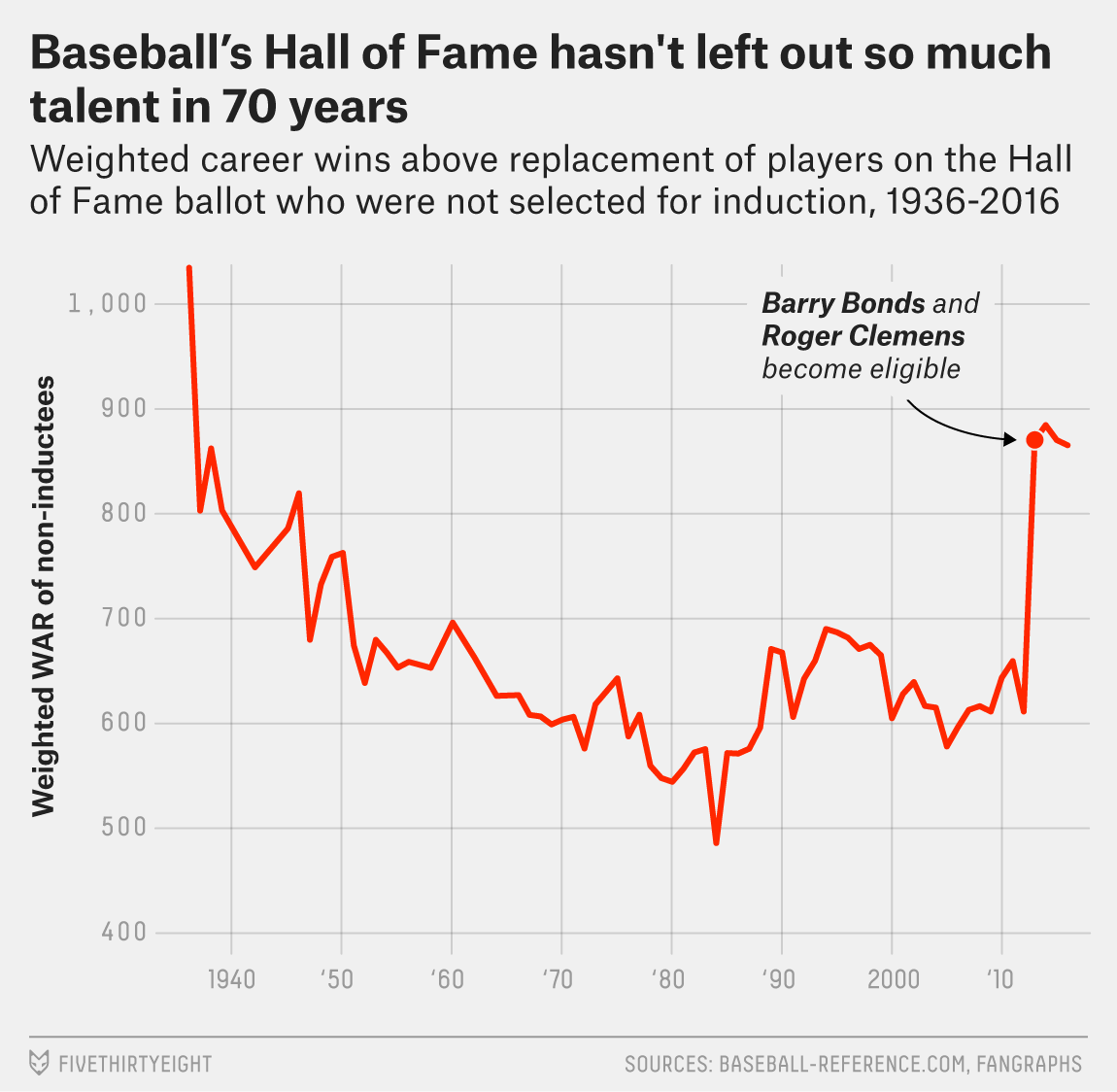 It’s no mystery why so many all-time greats aren’t getting the call from the Hall: Voters have consistently denied Cooperstown access to players implicated in baseball’s steroids scandal of the late 1980s through the early 2000s. Innumerable arguments have been waged over the fairness of that approach, and it’s unlikely that many minds will be changed at this point. But as a consequence, we’re seeing far fewer great players enter the Hall of Fame than just about ever before, from the advanced alien being — and yes, likely steroid user — Barry Bonds to Jeff Bagwell, who has probably been treated unfairly by voters even if you come down against allowing players who used performance-enhancing drugs into the Hall.

And by limiting the number of years a player can stay on the ballot, recent rule changes for Hall of Fame eligibility could permanently keep some of the best players in baseball history out of the world’s foremost museum dedicated to baseball history. Attitudes toward players such as Bonds are shifting as the makeup of the Hall electorate changes, but that transformation may not come quickly enough to save their chances of enshrinement.

In any other era, Hall of Fame nods for greats such as Griffey and Piazza would be the rule. But as ambassadors from the steroids era, their inductions may prove to be exceptions.