Ken Griffey Jr. has been elected to the Baseball Hall of Fame after receiving a vote on 99.32 percent of ballots — a record. Earlier, we examined how Griffey’s prime, once separated from his unfortunate latter years, compared with the primes of other all-time great players. Junior turned out to be Willie Mays, more or less. While we’re at it, and for no particular reason today, we figured we’d run the same numbers for Barry Lamar Bonds, destroyer of worlds. 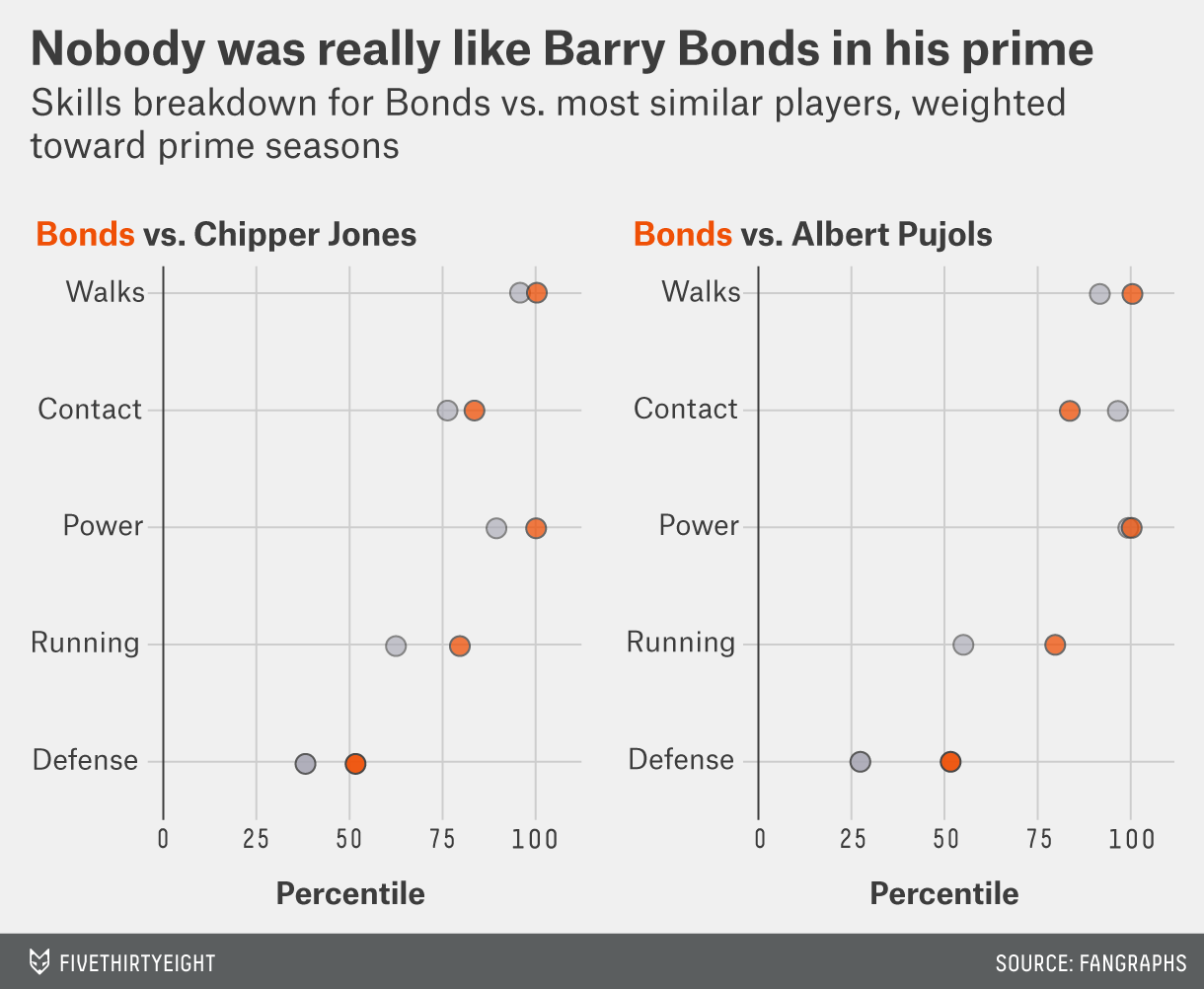 Don’t worry, we think it’s weird to see Chipper Jones and Albert Pujols as Bonds’s most comparable peak-season players, too. More than anything else, consider this a sign that Bonds breaks the system — no other player had a truly similar mix of skills in their best seasons, particularly considering the absurd proportion of Bonds’s top years that came when he was in his mid-to-late 30s. Unlike Griffey, whose career bifurcation was so stark that his career-long comps end up being players he didn’t much resemble, a look at Bonds’s full career finds a satisfying pair of comps at the top: 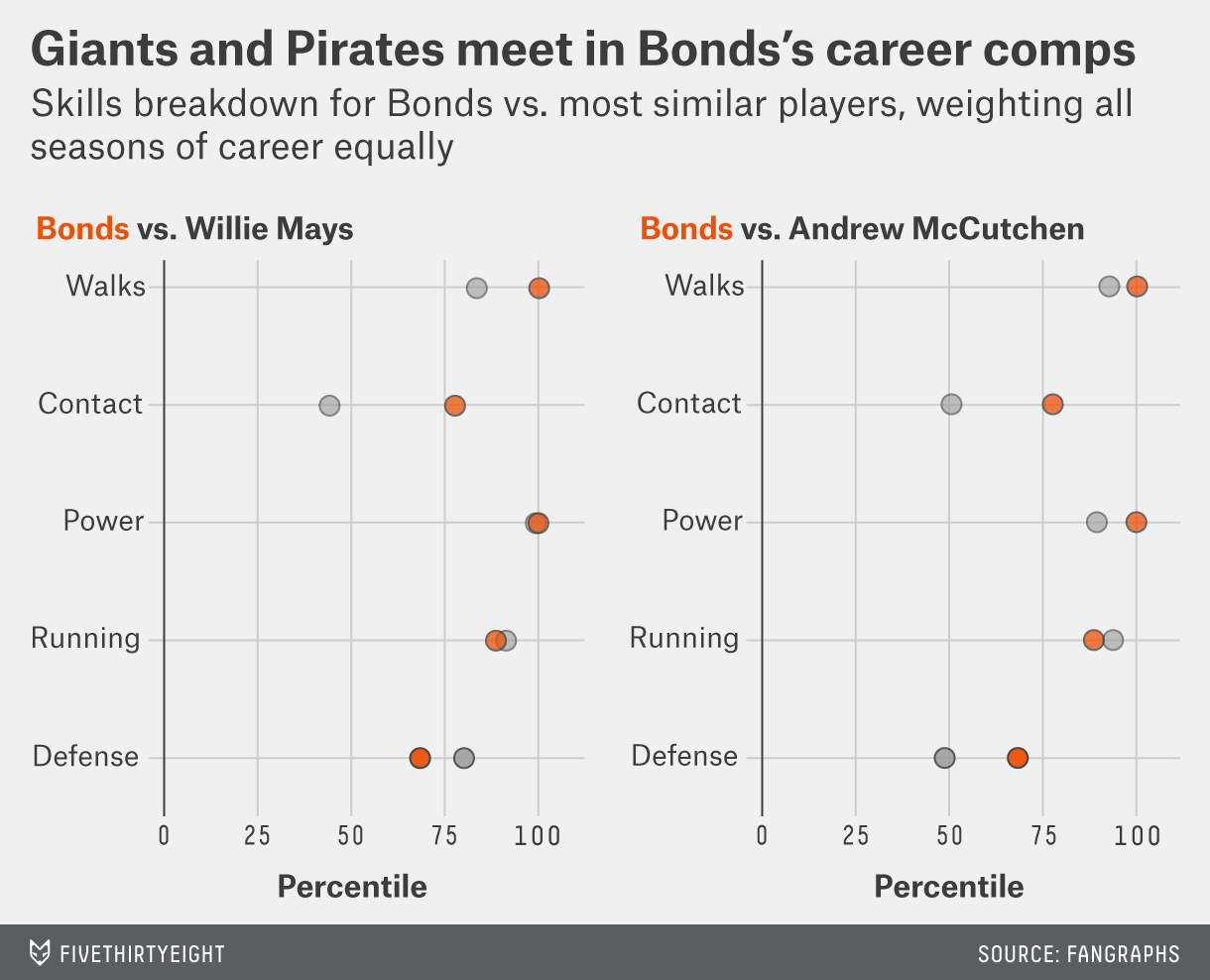 Remember when we made a big deal about how closely Griffey matched Willie Mays’s statistical profile? Mays is also Bonds’s most similar career player — except that Bonds showed better patience, power and contact skills than Mays, while still coming close to matching the Say Hey Kid on the basepaths and in the field. 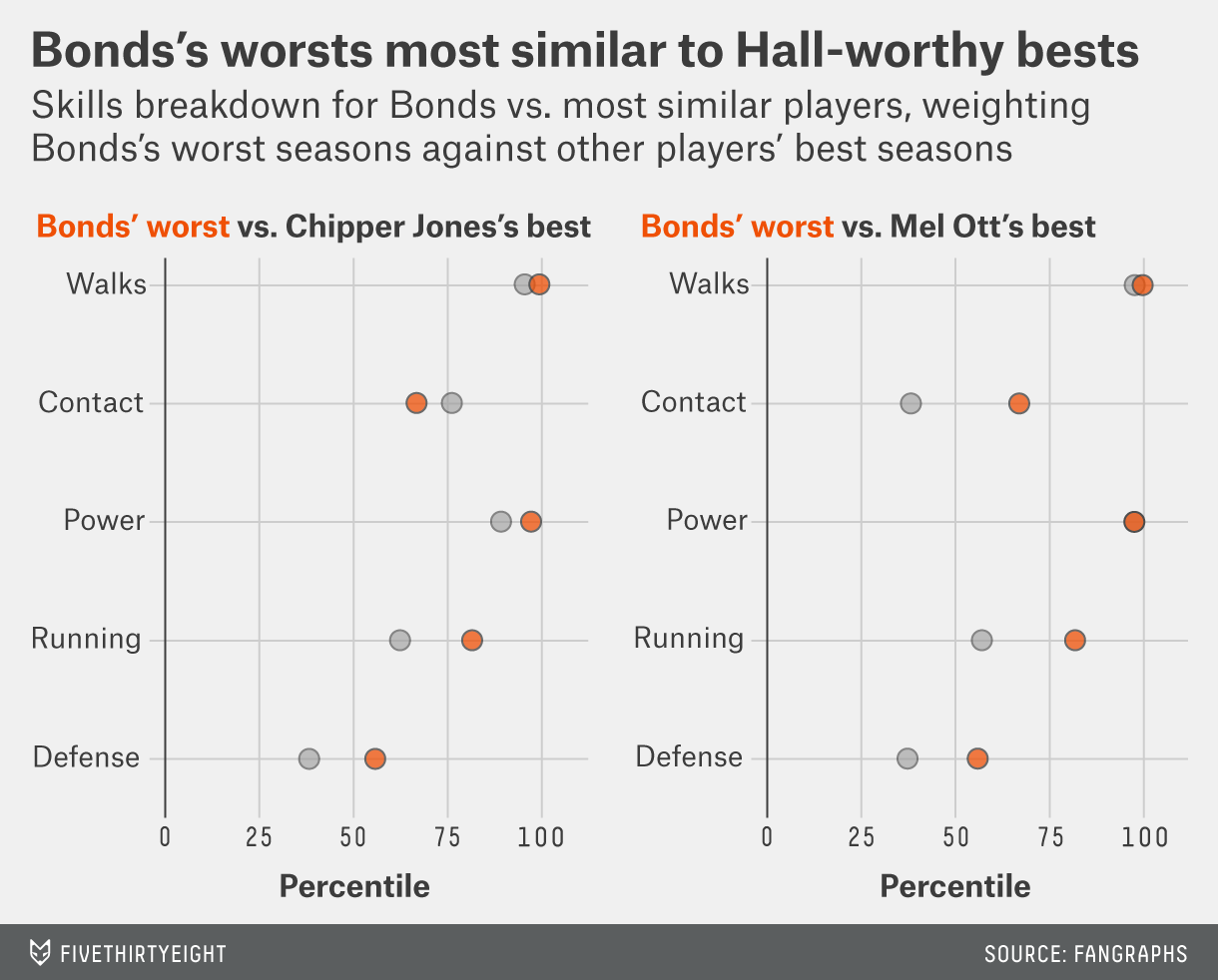 Because Bonds’s statistical profile is an invitation for the absurd, we thought it might be instructive to compare his worst years (i.e., his aggregate rate statistics after giving more weight to his “worst” WAR seasons) against the best years of other players. Those “bad” Bonds seasons were most comparable to — and, in fact, surpass — the best seasons of two current or soon-to-be Hall of Famers.

You may now return to whatever it is you were doing, which is likely not as fun as looking at Barry Bonds stats.