“Dancing Swedes Shock USA” is how FIFA described the last World Cup result between the U.S. and Sweden in 2011. FIFA, the U.S. and the rest of the world were understandably shocked — the U.S. had never lost a group-stage game at the World Cup before. Four years and one head coach swap later, the teams meet again tonight in their second Group D games. Can Sweden shock the world again?

According to FiveThirtyEight’s forecast, the chances that Sweden beats the U.S. aren’t great. The USWNT has a 58 percent chance of winning and a 22 percent chance of drawing — pregame odds not dissimilar to the team’s first game against Australia. The U.S. won its World Cup opener 3-1, but the final score doesn’t reflect its early struggle to settle the ball and connect in the final third, two things that will be important against a better Swedish team, and for the rest of the tournament (solo runs by Megan Rapinoe will take the U.S. only so far).

On the other side of Group D, Sweden was also favored to win its opening match — 59 percent to Nigeria’s 20 percent — but the Swedes were outpaced and out-hustled by the Super Falcons. In that game, Sweden was shocked, drawing 3-3. Sweden coasted on an early lead, but looked flat in the second half as Asisat Oshoala came flying down the flanks and Ngozi Okobi threaded balls between the seams. Nigeria scored three times in the second half against a shaky Swedish defense. Sweden is still likely to advance from Group D (67 percent), but its mediocre result against Nigeria means it’s far from safe.

Tonight’s match is huge for both teams, with Sweden looking to solidify a spot in the knockout rounds and the U.S. women looking for redemption after the last World Cup and against their former coach (who hasn’t hesitated to say how she feels about her former players). There’s a lot at stake in this game, so we’ve made another in-game cheat sheet — a guide to when U.S. fans should start to worry and when it’s safe to relax. (You can read more about the in-game win probability model we made for women’s soccer.)

If the game is tied, the USWNT’s chances of defeat hold steady around 20 percent for most of the match. Like we said before, loss probability is largely fixed, so the U.S. is trading win probability for draw probability the longer the game remains tied. If the U.S. hasn’t taken the lead by about 55 minutes, a U.S. win and a draw become about equally likely, and after that a draw becomes the most likely outcome. 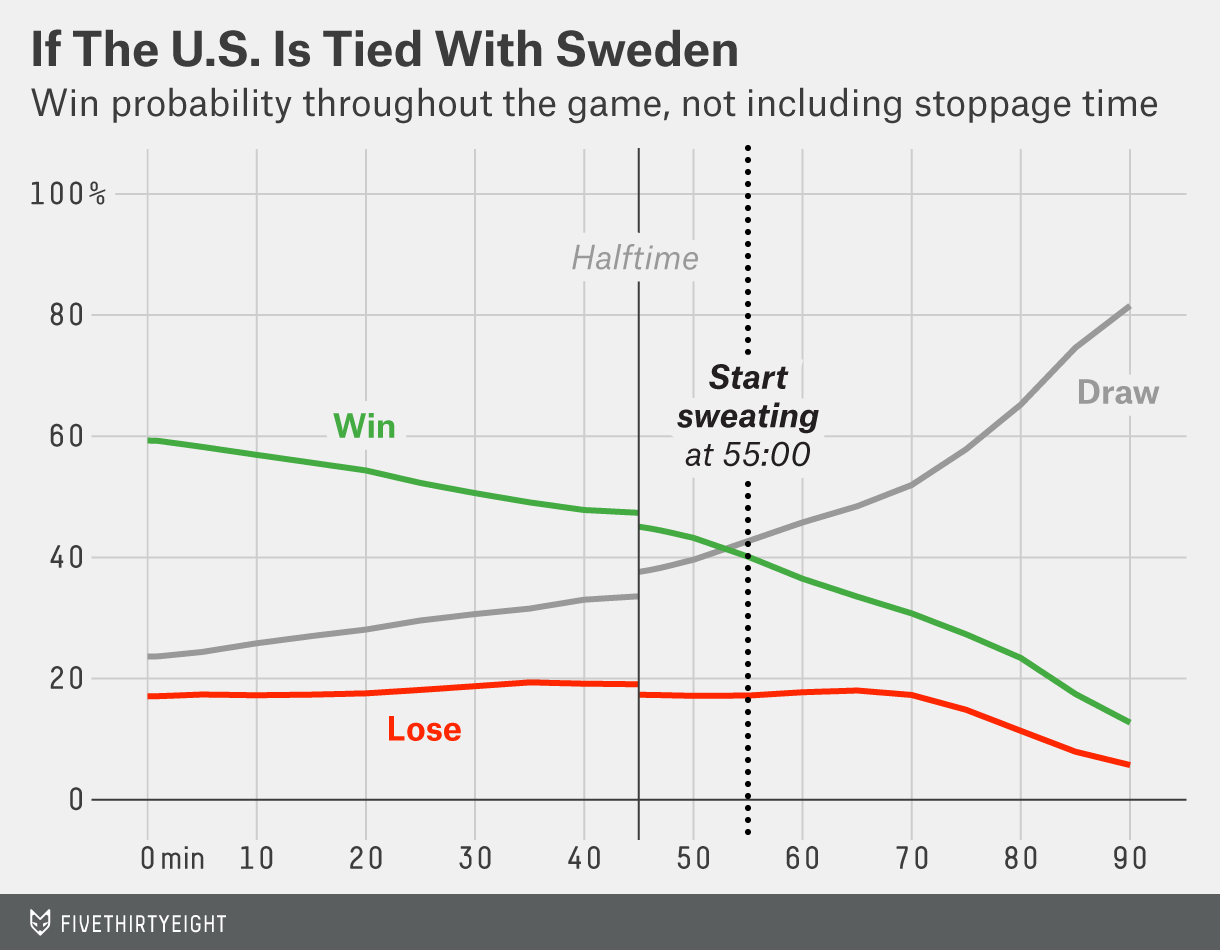 In the event that the U.S. trails Sweden by one goal, the stress should start to kick in around 73 minutes. With that score, the probability of a U.S. loss is just slightly greater than that of a draw for most of the first half. But at about 73 minutes, the loss probability shoots up above 60 percent. If the Americans are still down by a goal then, they might need another hail-Abby. 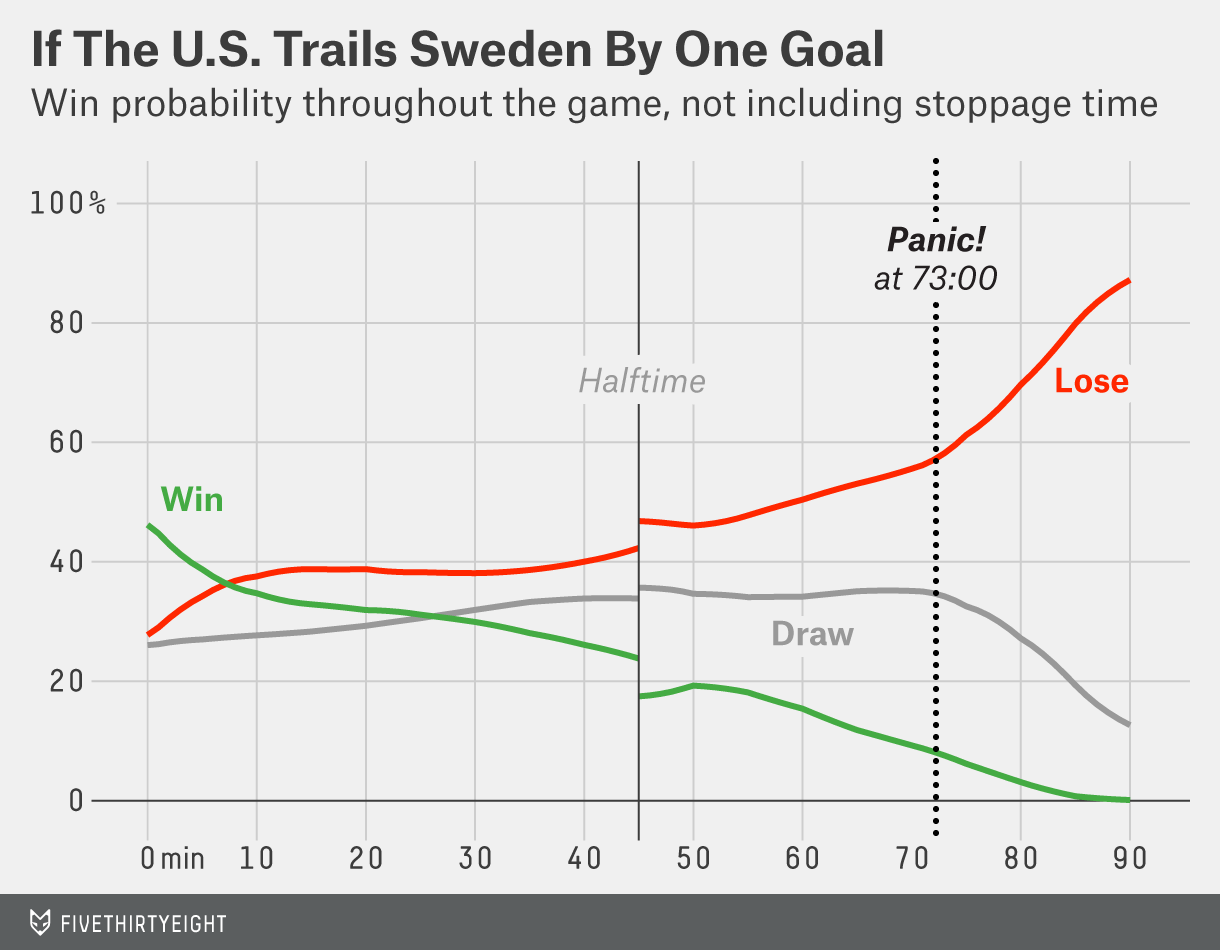