Last week, 300,000 Americans filed for unemployment benefits, the Department of Labor said Thursday. That’s the fewest since May 2007, months before the start of the latest recession.

It’s not that the decline isn’t real. The weekly jobless claims numbers are volatile, frequently revised and subject to a seasonal-adjustment formula that many economists consider unreliable. But there’s no doubting the overall downward trend. 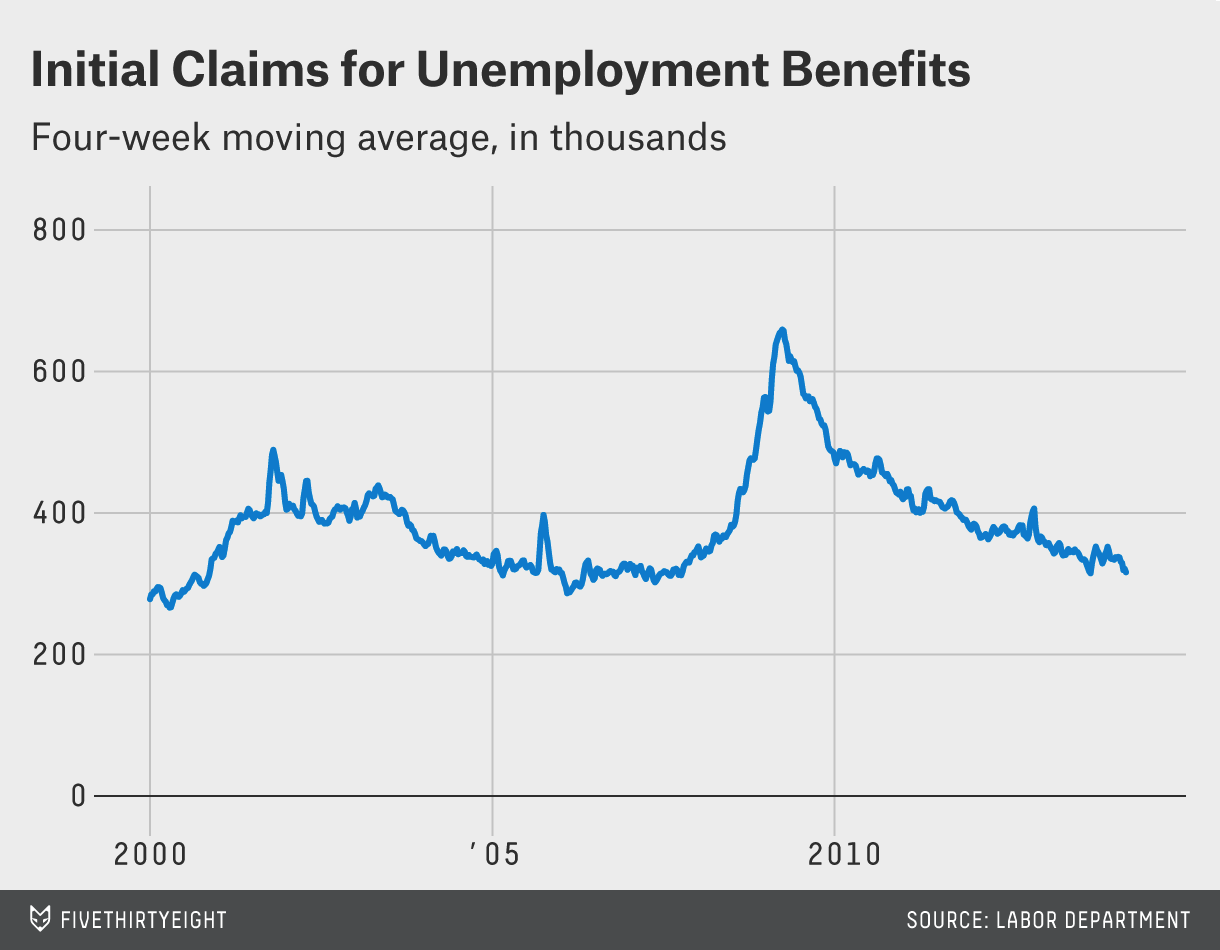 That’s good news, but it isn’t really new news. Layoffs — which are essentially what jobless claims measure — aren’t the economy’s problem and haven’t been for a while now.

Unemployment filings dropped below their long-term average more than a year ago. A separate measure from the Bureau of Labor Statistics shows layoffs fell to prerecession levels as early as 2010 and are now well below normal.

The real issue in the economy lies on the other side of the ledger: hiring. The hires rate (the number of people hired as a share of all employment) is up from its recession-era low but remains well below normal. What’s worse, progress has stalled even as other measures of the health of the labor market are improving.

There’s an interesting debate about why hiring has been slow to rebound, and how worried we should be about it (Federal Reserve Chairwoman Janet Yellen is solidly in the “worried” camp). But hiring, not layoffs, is where the uncertainty lies.

Falling layoffs could have some ancillary economic benefits as employed workers become more confident their jobs are safe. But as an indicator of the health of the labor market, unemployment claims aren’t telling us anything we didn’t already know.