Good news for job seekers: Your odds are getting better.

There were 2.5 unemployed workers for every available job in February, according to data released by the Bureau of Labor Statistics on Tuesday. That’s down from a peak of 6.5 in 2009, though still above the average in the years leading up to the recession. 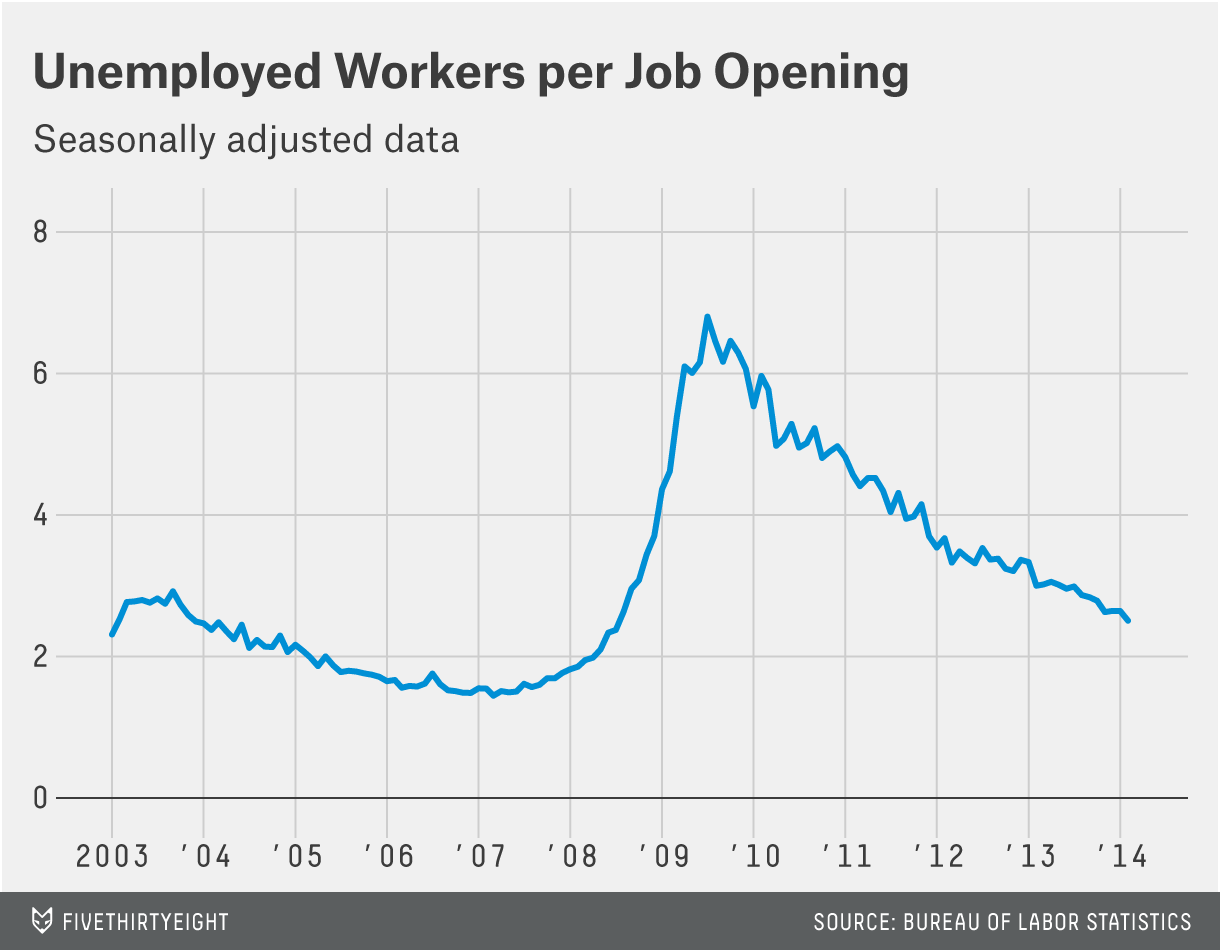 The ratio is getting better for two reasons: more job openings and falling unemployment. The first is unequivocally good. Employers posted 4.2 million jobs in February, the most since January 2008.

Falling unemployment is more ambiguous. As I’ve explained, the government only considers people unemployed if they are actively looking for a job. So unemployment can fall because people find work (good!), or because they give up looking (bad!). In 46 of the past 47 months, more unemployed workers have dropped out of the labor force than found jobs. That suggests unemployment is falling for the wrong reasons.

But the unemployment rate isn’t the only measure of joblessness. The government also collects data on people who are available to work and have searched for a job sometime in the past year, but who aren’t currently looking for a job. (These people are labeled “marginally attached to the labor force.”) And there’s an even broader group of everyone who says they want a job, regardless of when they searched or whether they’re immediately available for work.

The chart below compares the unemployed-per-opening series to the same ratio using the broader categories of jobless workers. The alternative ratios are larger, of course, but the basic trend is the same. That suggests the improvement in the job market is real, not the result of misleading data. 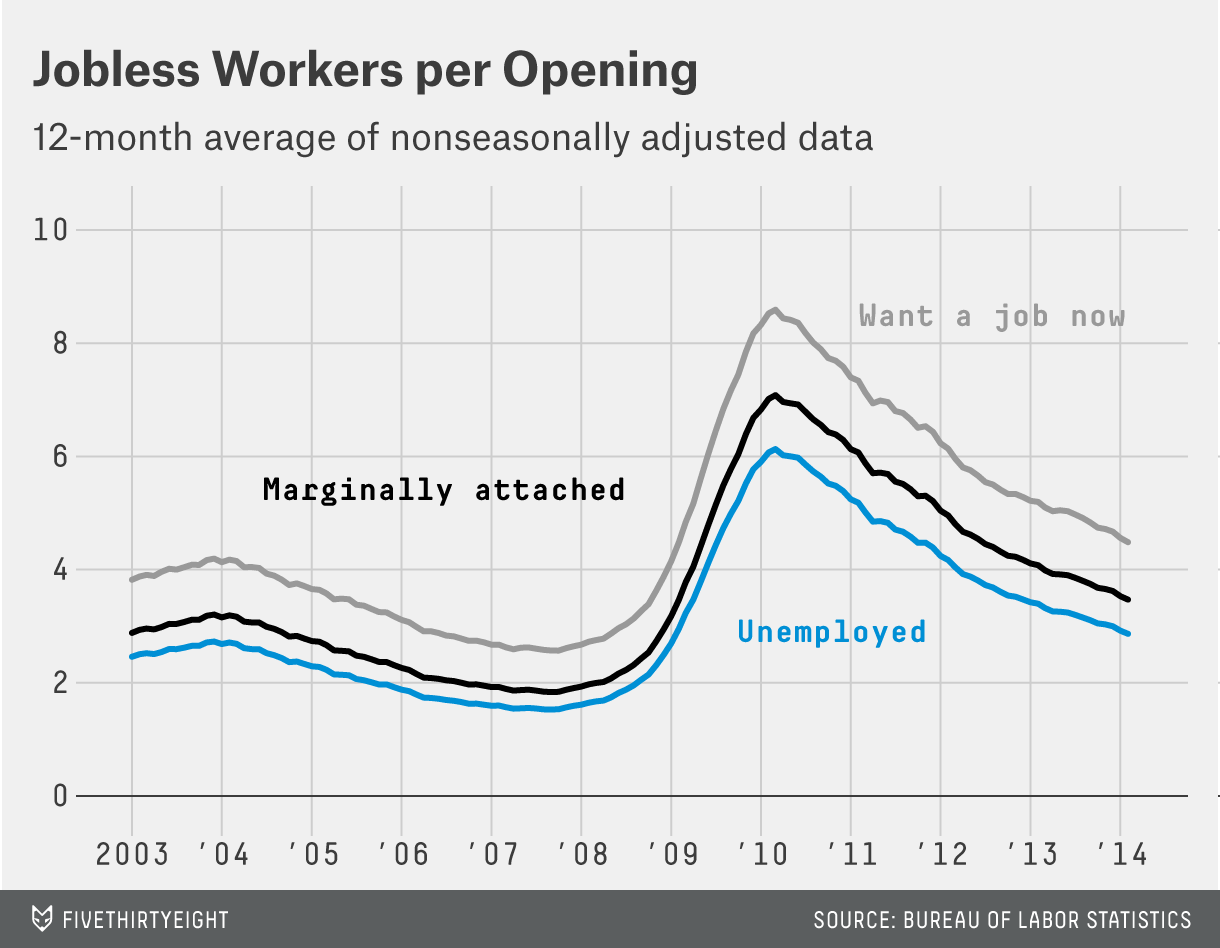