As I wrote Wednesday, the U.S. labor force is shrinking. To see why it’s important, let’s talk about how economists have historically looked at the labor market and how that’s changing.

Unemployment is a concept that’s surprisingly difficult to define. Someone who’s retired shouldn’t count as “unemployed.” Nor should someone who’s decided to stay home to raise the kids. But what about someone who would like a job but is watching the kids until a job comes along? Or someone who gets laid off and goes back to school? Decades ago, government economists decided to focus on what people did rather than what they said: If someone was “actively” searching for a job, they were unemployed. If they weren’t, they weren’t. The unemployment rate is just the share of the labor force actively looking for work. 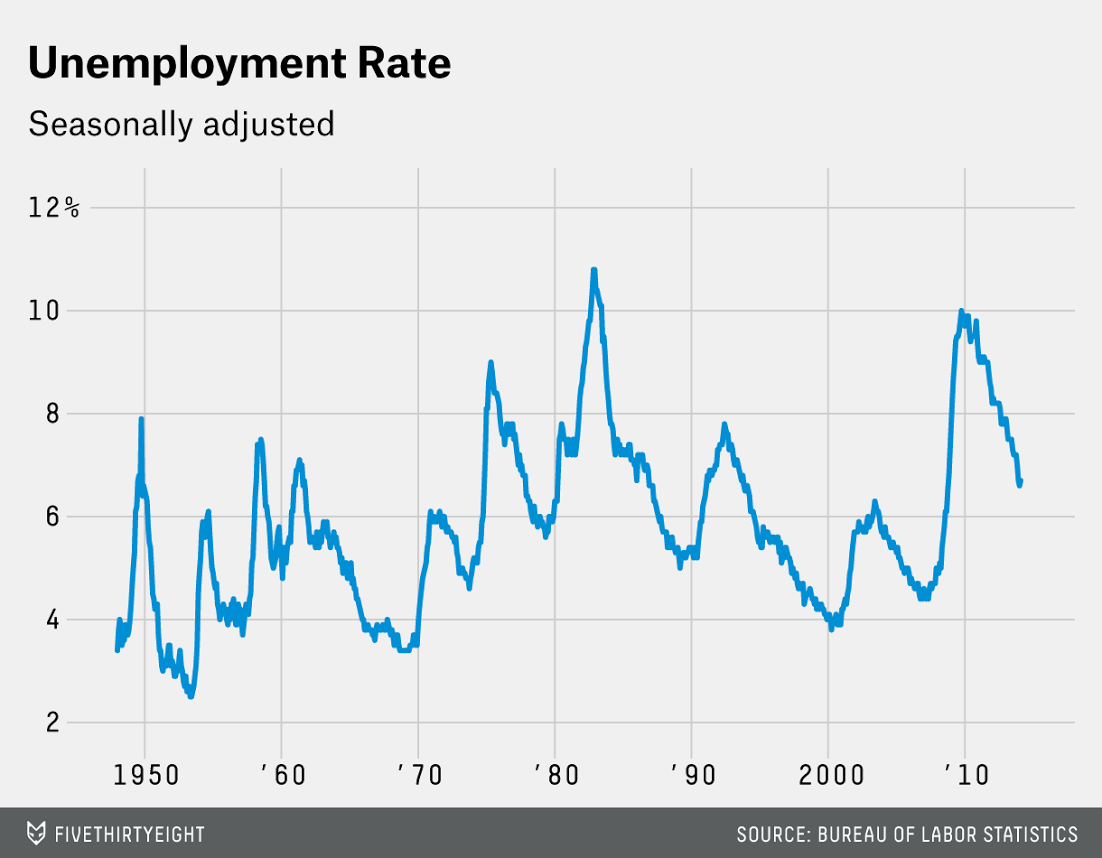 The unemployment rate paints a pretty clear picture of the ups and downs that economists call the business cycle. But economists are interested in another type of change in the economy: long-term structural changes. When more women started working in the middle of the 20th century, that was a structural change. The aging of the baby boom generation is another.

Economists have tracked structural changes in the labor market through a measure known as the participation rate, which is the share of the adult population that’s either employed or unemployed. The chart below shows the participation rate since the end of World War II. Unlike the unemployment rate, the participation rate looks like a smooth curve. Cyclical downturns are visible — the rate of increase slows during the recessions of the early 1980s, for example — but they’re much less prominent than the long-term trend: a rise during the 20th century, followed by a flattening out and then a gradual decline.

What happened? In a word, the recession. The recession and weak recovery have led millions of jobless Americans to give up looking for work, meaning they no longer count as part of the labor force. That threw off the usual patterns: The participation rate fell for cyclical, rather than structural reasons, while the unemployment rate didn’t accurately reflect the state of the business cycle.

Knowing that the old rules don’t apply is one thing. Knowing what the new rules are is another — hence the disagreement among economists about the true state of the job market.