In the race to get Americans vaccinated, two groups are commanding a lot of attention: Republicans and white evangelicals. Both are less likely to have been vaccinated already and more likely to refuse vaccination altogether.

That the combination of being a Republican and a white evangelical would form a particularly toxic anti-vax stew, more significant than party or religion alone, seems obvious to me, but then again, I grew up in rural Texas — I see this combination of beliefs in motion every day on Facebook, where I’m connected to many high school and college classmates.

According to PRRI’s 2020 religion census, the county where I lived longest as a kid (Leon) is 72 percent white Christian, including 44 percent white evangelical, and election data shows 87 percent of the county voted for former President Donald Trump in 2020. Just over one-third of the county’s eligible population is fully vaccinated, even though COVID-19 case rates are higher than they have ever been. At least three people who went to high school with me have died, while tracking statistics say at least 1 in 9 Leon County residents have been ill — almost as many as in New York City (1 in 8), one of the hardest-hit areas in the country, and well over the rate in Washington, D.C. (1 in 13), where I live now.

COVID-19 cases are rising. Americans’ thoughts on next steps. | FiveThirtyEight 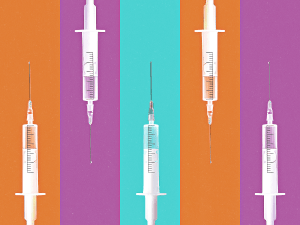 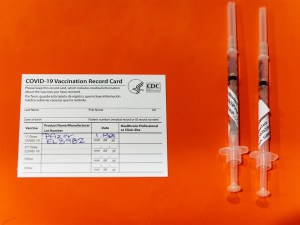 Still Unsure About Getting The COVID-19 Vaccine? Start Here. 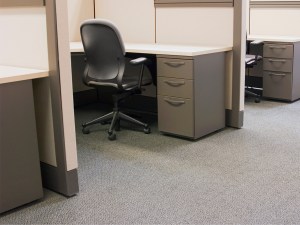 Who Wants To Return To The Office? 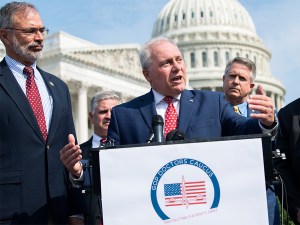 Some Republicans Have Changed Their Messaging On The COVID-19 Vaccine. Is It Too Little, Too Late?

This is significant because Leon County is extremely rural, with less than 20,000 total residents, including less than 2,000 in Buffalo, the town I lived near. For reference, my high school has only about 260 students at any given time. If you need ICU treatment, you have to travel — there are currently no hospitals with ICUs in the county.

But what is also significant about Leon County is the role religion has played in residents’ low vaccination rates even when faced with death from the coronavirus. When my classmates were hospitalized with COVID-19, there were repeated calls for prayers and proclamations that God would provide healing. When they died, those prayer requests became comments that “God called [them] home.”

The belief that God controls everything that happens in the world is a core tenet of evangelicalism — 84 percent of white evangelicals agreed with this statement in PRRI polling from 2011, while far fewer nonwhite, non-evangelical Christians shared this belief. The same poll also showed that white evangelicals were more likely than any other Christian group to believe that God would punish nations for the sins of some of its citizens and that natural disasters were a sign from God. What’s more, other research from the Journal of Psychology and Theology has found that some evangelical Christians rationalize illnesses like cancer as God’s will.

Complicating matters further, the pandemic also fits neatly into “end times” thinking — the belief that the end of the world and God’s ultimate judgment is coming soon. In fact, nearly two-thirds of white evangelical Republicans (64 percent) from our March survey agreed that the chaos in the country today meant the “end times” were near. Faced, then, with the belief that death and the end of the world are a fulfillment of God’s will, it becomes difficult to convince these believers that vaccines are necessary. Sixty-nine percent of white evangelical Republicans who said they refused to get vaccinated agreed that the end times were near.

related: Americans Are In Favor Of Vaccine Mandates. But Support Is Driven Mainly By Those Who Have Already Gotten The Jab. Read more. »

In the same survey, about 2 in 5 white evangelical Republicans (43 percent), and Republicans more broadly (41 percent), said one reason they hadn’t gotten vaccinated was that the COVID-19 pandemic had been overblown.

It is perhaps unsurprising, then, that most white evangelical Republicans, and Republicans in general, disagreed with our question about the Golden Rule, that “because getting vaccinated against COVID-19 helps protect everyone, it is a way to live out the religious principle of loving my neighbors” (57 percent and 58 percent, respectively). This may be because for some white evangelicals and Republicans, politics and religion are inseparable — and God’s will, or their interpretation of it, controls everything.

Natalie Jackson is the research director at the Public Religion Research Institute.