Instead of which Republicans will run for president in 2016, the easier question to answer may be which Republicans won’t. Since we last looked at which potential 2016 candidates are most likely to officially declare, the chance of a big Republican field has grown.

Carly Fiorina and Rand Paul have issued statements suggesting that they are closer to announcing than they have ever been. Fiorina has been quoted as saying that her chance of running is now “way over 50 percent.” Paul has said he’s “headed” toward a run. Considering these statements and their visits (past and planned) to the early primary states (see below), both candidates may have an official campaign by summer. 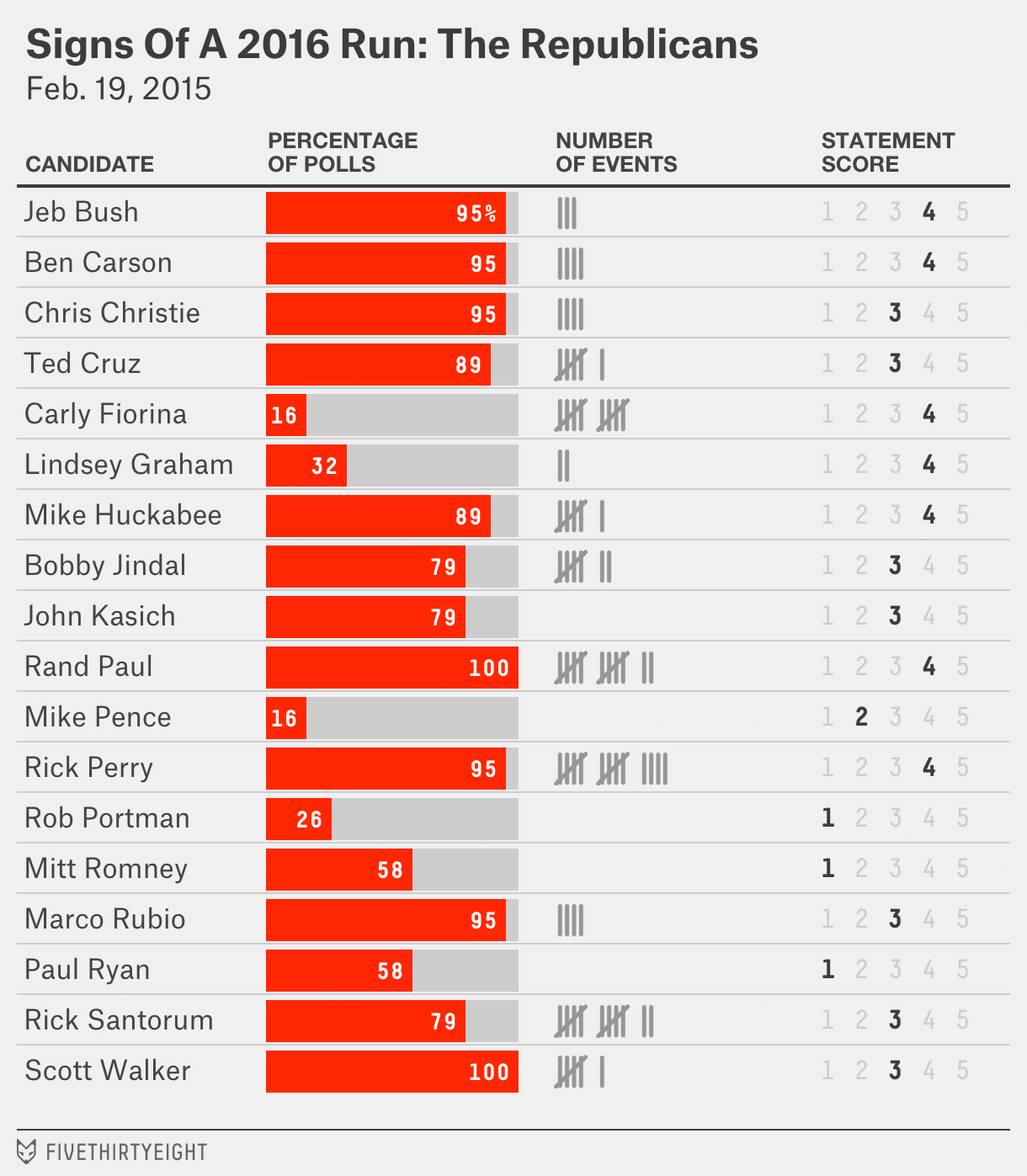 Including Fiorina, a ridiculously high 11 Republicans have in the past three weeks planned new events in Iowa and New Hampshire. Of these candidates, three jump out.

Bobby Jindal, who I previously noted hadn’t been visiting the early states, seems to be making a move. He’s added four early-state events, and the past few national polls have included him.

Jeb Bush, who has been concentrating on raising money, is making his first visits to Iowa in March.

And Rick Santorum has shown no signs of giving up on his campaign and continues to plan events in Iowa. He’s trying to repeat the magic he conjured there in 2012. Some national pollsters aren’t including Santorum in their surveys, although being ignored by people nationally didn’t stop him in 2012.

John Kasich and Mike Pence are the only two serious1 potential GOP candidates who have not ruled out a run and yet haven’t visited either Iowa or New Hampshire this year. Kasich, Ohio’s governor, has, however, visited South Carolina, which is home to the third contest in the primary calendar. He hasn’t come close to ruling out a run and has been featured in the majority of primary polls — indicating that pollsters (who can be seen as a rough indicator of the conventional wisdom) believe he may run.

Pence, on the other hand, doesn’t look like he’s going to throw his hat in the ring. Besides not visiting the early states, Pence, Indiana’s governor, didn’t back a bill allowing him to run for president and re-election as governor at the same time. And unlike Kasich, he continues to be left off the majority of national polls.

On the Democratic side, it’s still Hillary Clinton versus the world. Clinton hasn’t made any visits to Iowa or New Hampshire or really spoken about 2016 openly, although almost everyone thinks she’s going to run. That hasn’t stopped other candidates from making some moves, though. 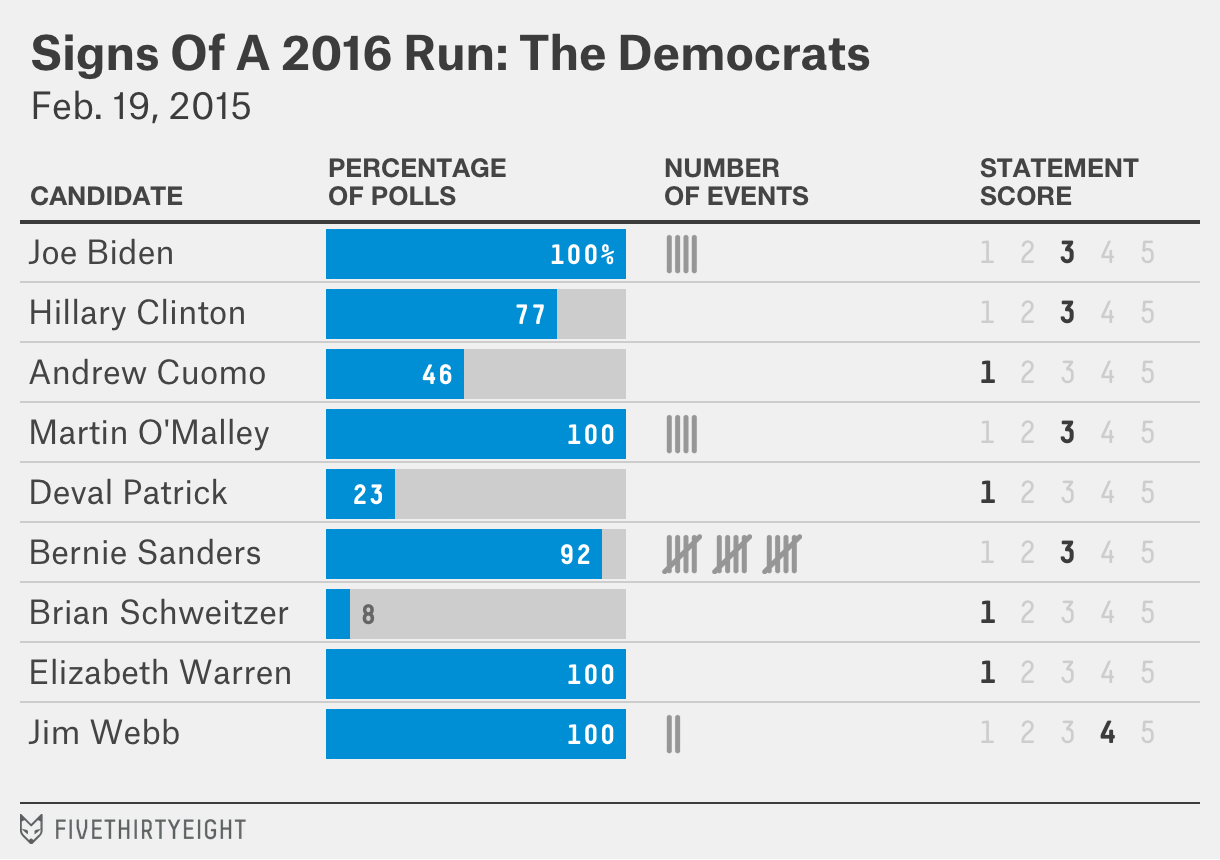 Joe Biden, who I still think is unlikely to run given that he has no campaign structure, has planned or attended four events in Iowa and New Hampshire recently.

Martin O’Malley, who hasn’t visited Iowa or New Hampshire since the midterms, has events planned in both states in the next month.

Bernie Sanders, who is an independent but can run in the Democratic primary, continues to have more events (past and planned) in Iowa and New Hampshire than any of the potential candidates for either the Democratic or Republican nomination.

Clinton may waltz to the nomination, yet she may face more opponents than the one Al Gore did in 2000 (Bill Bradley). These opponents are unlikely to trip her up, although they may make her life a bit more difficult.