Mitt Romney’s inchoate 2016 campaign for president is dead. After learning that few Republican insiders supported what would be his third bid for the White House, Romney announced Friday that he will not be running for president again. The main benefactor is likely to be Jeb Bush, who has been scooping up former Romney staffers left and right in moving toward a full-borne campaign.

Romney’s announcement is the biggest “Who will run?” news since we last tried to divine who was serious about 2016 — compiling the potential candidates’ statements, visits to Iowa and New Hampshire, and inclusion in polls — but other possible contenders have also been busy.1

Mike Huckabee’s recent statement that “if I don’t run for president, I’ve got to be the dumbest man alive to give up that good of a gig to not run” suggests that he is likely to formally announce his candidacy soon. Lindsey Graham, who was recently added to our list, announced, “I’m going to take a look at the presidential primary on the Republican side.”

And a number of possible contenders continue to attend or plan events in Iowa and New Hampshire. In fact, 10 of the potential GOP candidates we’re tracking have announced more events in Iowa or New Hampshire since we last updated our list two weeks ago.

Fiorina is clearly serious, even if she doesn’t stand much of a chance. Santorum and Perry are clearly focusing on the early states, trying to build on the infrastructure and support they had in 2012. Huckabee and Walker also seem more eager to sign up for events in the early states.

Just as interesting are the candidates who haven’t had any additional events in the early states. Bush is off raising money. Romney hadn’t made any visits, which lines up with his decision not to run. 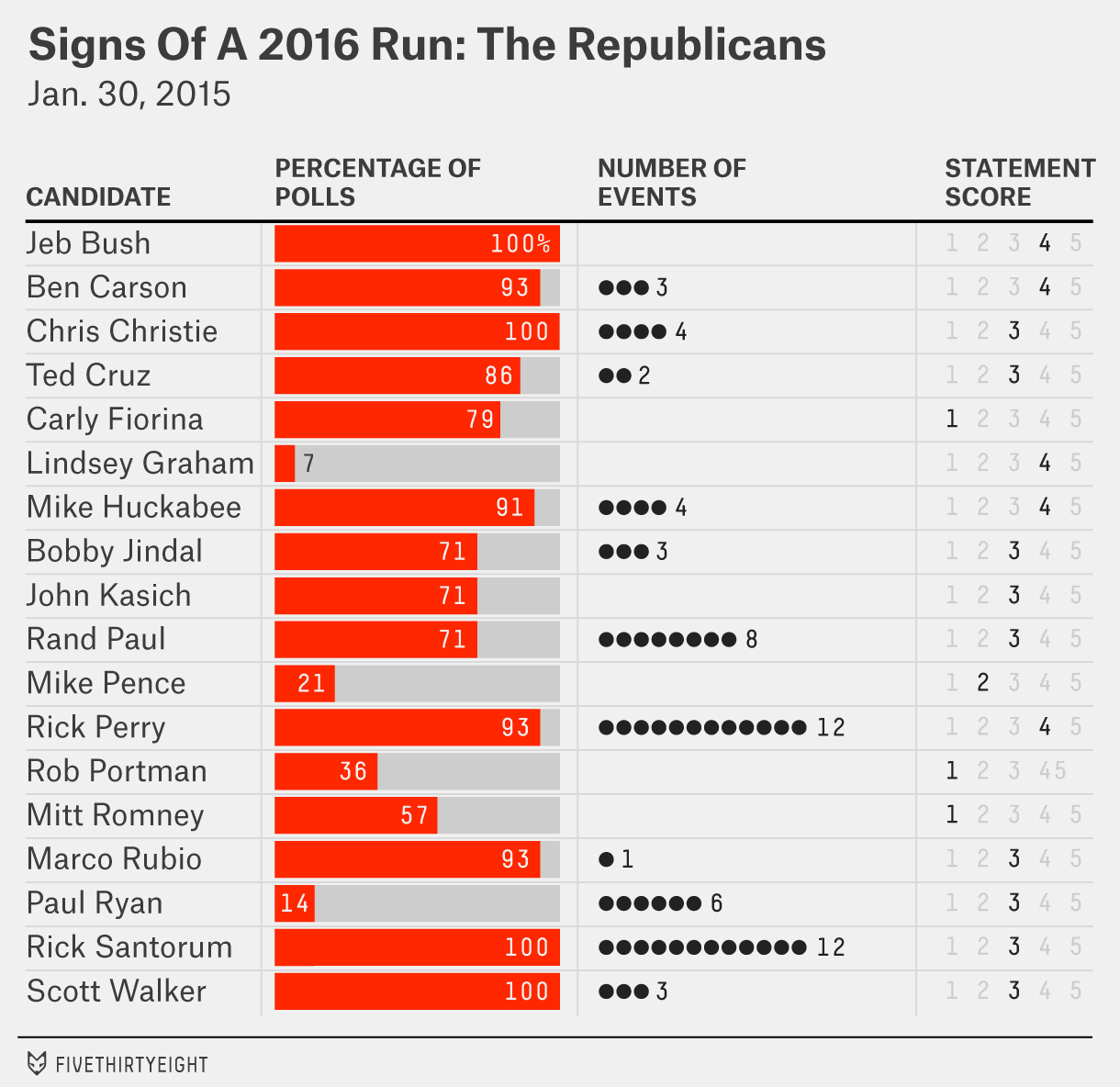 Perhaps the clearest non-mover is Bobby Jindal. Recently, Jindal has not planned any more events in Iowa or New Hampshire. He was also absent from Rep. Steve King’s Iowa Freedom Summit this month. Additionally, his name has not been included in recent national polls. Whether or not polls include a politician is a measure of the conventional wisdom of who is most likely to run (which I think is generally true), and that Jindal was in most of the early polls but not recent ones suggests his stock has taken a hit. Add in his lack of visits to Iowa and New Hampshire, and it looks more and more like Jindal will stay on the sidelines.

On the Democratic side, it’s a story of static. The only person holding more events is Bernie Sanders. That makes Sanders and Jim Webb (who has formed an exploratory committee) the two most likely candidates to take on Hillary Clinton. Sanders, in fact, has announced 10 more events in Iowa and New Hampshire since we last checked-in. 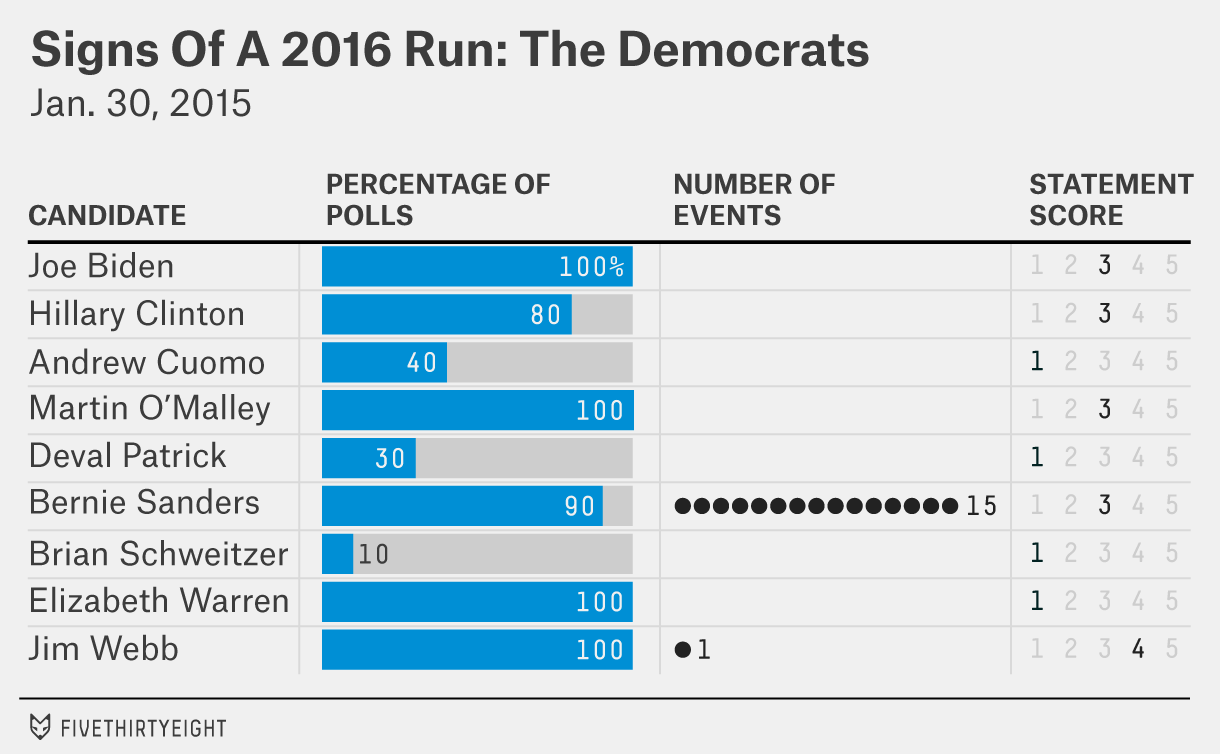 Joe Biden has said he hasn’t made up his mind, though he doesn’t seem to be building infrastructure to run for president and isn’t holding any early-state events.

Martin O’Malley is a wild card. He may run, though he hasn’t touched down in Iowa or New Hampshire. That is somewhat surprising given that an upstart candidate probably should be on the ground doing retail politics.

That’s because of Clinton. The Clinton campaign has locked up so much early support that, as Bloomberg View’s Jonathan Bernstein has said, she may have already won the invisible primary. This apparently has given Clinton the belief that she might not have to announce her campaign until summer. Whether she waits or not, a primary campaign looks very strong.

So, the evolving primaries continue to tell different stories. The Republicans are quite unsettled, and the Democrats look as settled as ever.