On Thursday, President Obama held a summit at the White House on youth sports and concussions, an issue that has grown increasingly salient.

During the summit, representatives from the NCAA and NFL, along with other athletic groups and government organizations, announced a host of research initiatives to learn more about head injuries suffered by kids playing sports. One such program, based at UCLA and funded with a $10 million grant from New York Giants co-owner Steve Tisch, will focus in part on answering a basic question: How often do sports-related concussions happen to kids? 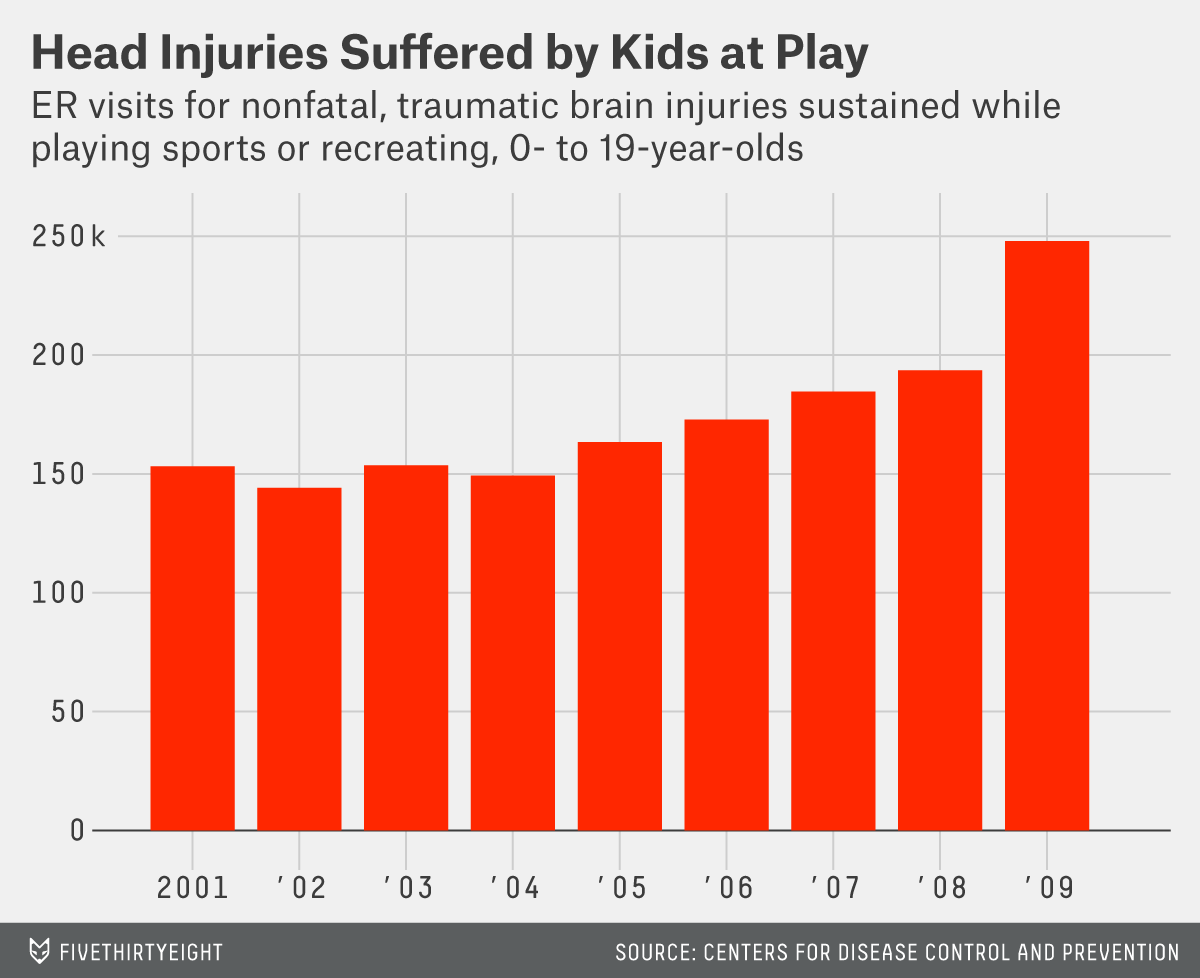 That figure has gone up quite a bit — 62 percent from 2001 to 2009 — but it’s not clear what the rise means. It could be that kids are becoming more active, that the average active kid is getting hurt more often or that parents are taking head injuries more seriously.

So, what about risk? To put it bluntly: If your daughter is on the varsity basketball team, what are the chances she’ll sustain a concussion in tonight’s game?

Of course, the actual risk would depend on a lot of factors that are particular to her — among them, what position she plays and her team’s overall style of play. But generally speaking, can we say what the risk of head trauma is for kids who play different sports?

We have some idea about high-schoolers, thanks to a nationwide monitoring system called High School RIO that has been tracking injuries in 20 sports since 2005. The database contains reports from certified athletic trainers at schools, and my colleague Walt Hickey used it in his article “Where Cheerleading Ranks in Safety Among High School Sports.”

The table above shows the results of a study of High School RIO data from 2008 to 2010, covering more than 7 million instances of a player participating in a game or practice. 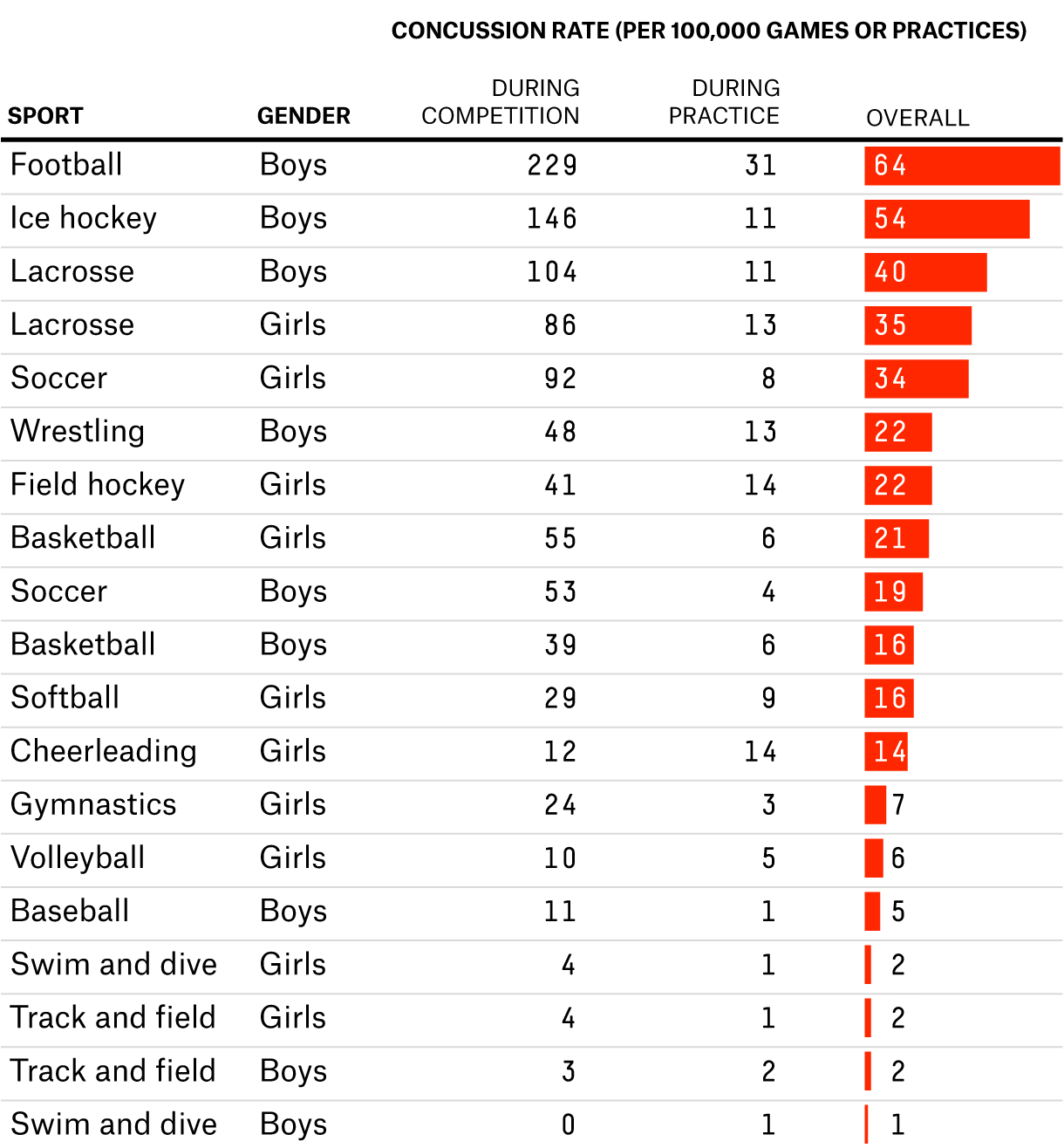 Football players are by far the most concussion-prone, followed by ice hockey (representatives from both the NFL and NHL were at Thursday’s White House summit).

But what about younger kids? And how severe are these concussions? And what precautions should kids, parents and coaches be taking? Hopefully the new research programs announced Thursday will help answer these questions.