Sarah Palin is a more conservative version of Chris Christie — at least as far as the 2016 Republican nomination contest is concerned.

After the revelation that she was thinking about running for president, and after her much-panned speech at the Iowa Freedom Summit, Palin has re-entered the presidential spotlight. But if she were to run, she would almost certainly go nowhere.

As I wrote this week, this compares miserably with past presidential nominees for the two parties at this point in the process (since 1980, not including incumbent presidents). Eventual nominees start the campaign either well-known and well-liked in their party, or not well-known. Palin, like Christie, isn’t in either category. 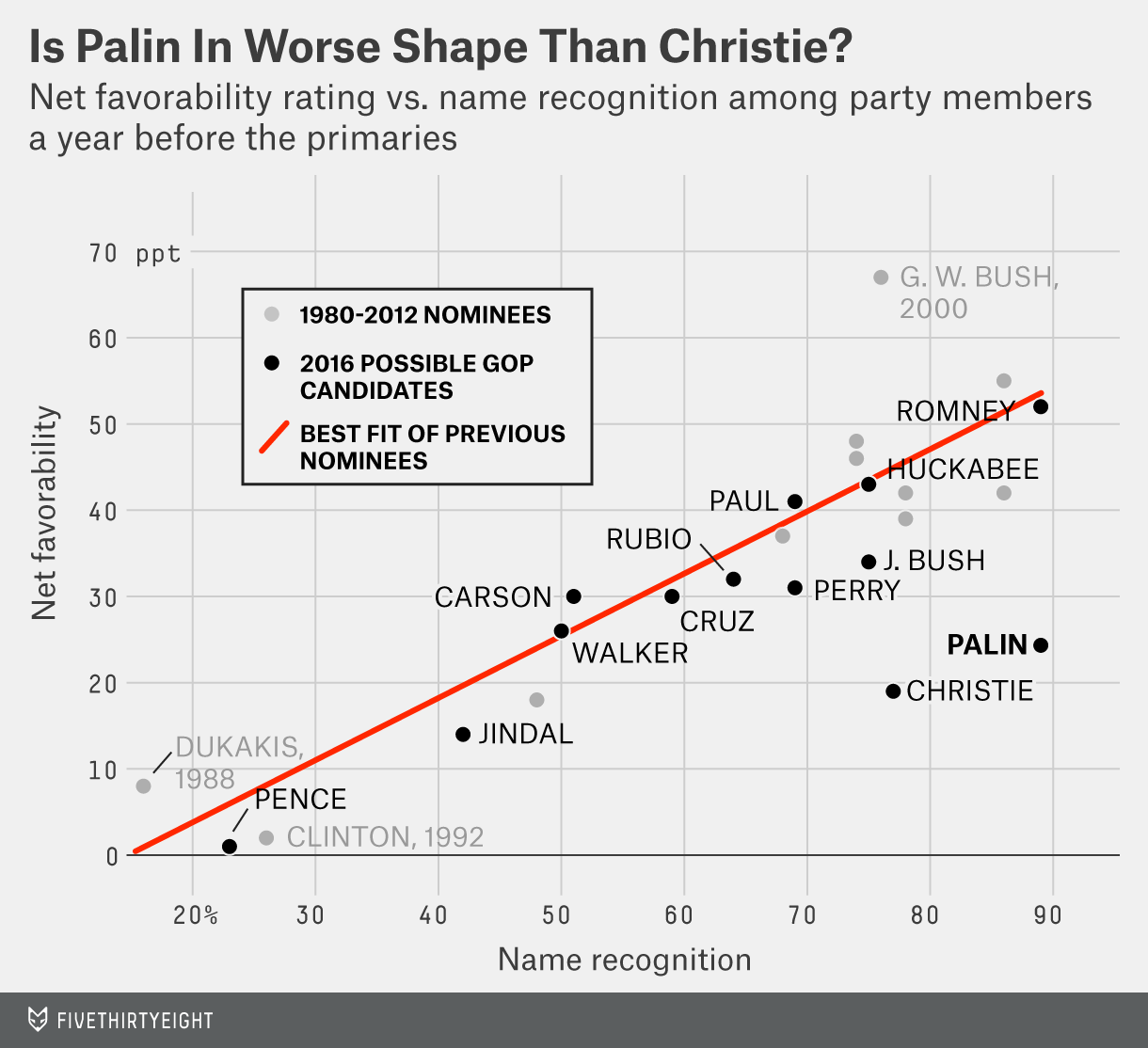 Palin’s big problem, not surprisingly, is from the moderates in her party. In a July 2013 Gallup survey, her net favorable rating among moderate and liberal Republicans stood at a bargain-basement low of -11 percentage points. No matter how strong Palin is among conservatives, it’s pretty much impossible for her to overcome her unpopularity with the GOP’s center.

Palin is stronger than Christie in one respect. Christie’s net favorable rating in a June 2014 Gallup survey was only +19 among moderate and liberal Republicans, and just +5 among conservative Republicans. That is, he wasn’t popular with either wing of the party.

Palin, by contrast, is a star with conservatives; she has net favorable rating of +45 percentage points. Palin is still a player, but only with one slice of her party.