In early September, the story of Ray Rice assaulting his then-fiancée in an Atlantic City casino exploded in the media, sparking a debate about how to prevent — and respond to — domestic violence in the NFL and society at large. But why September? The actual assault happened in February, and yet it took almost seven months for media coverage to reach its height, according to a search of Lexis-Nexis. 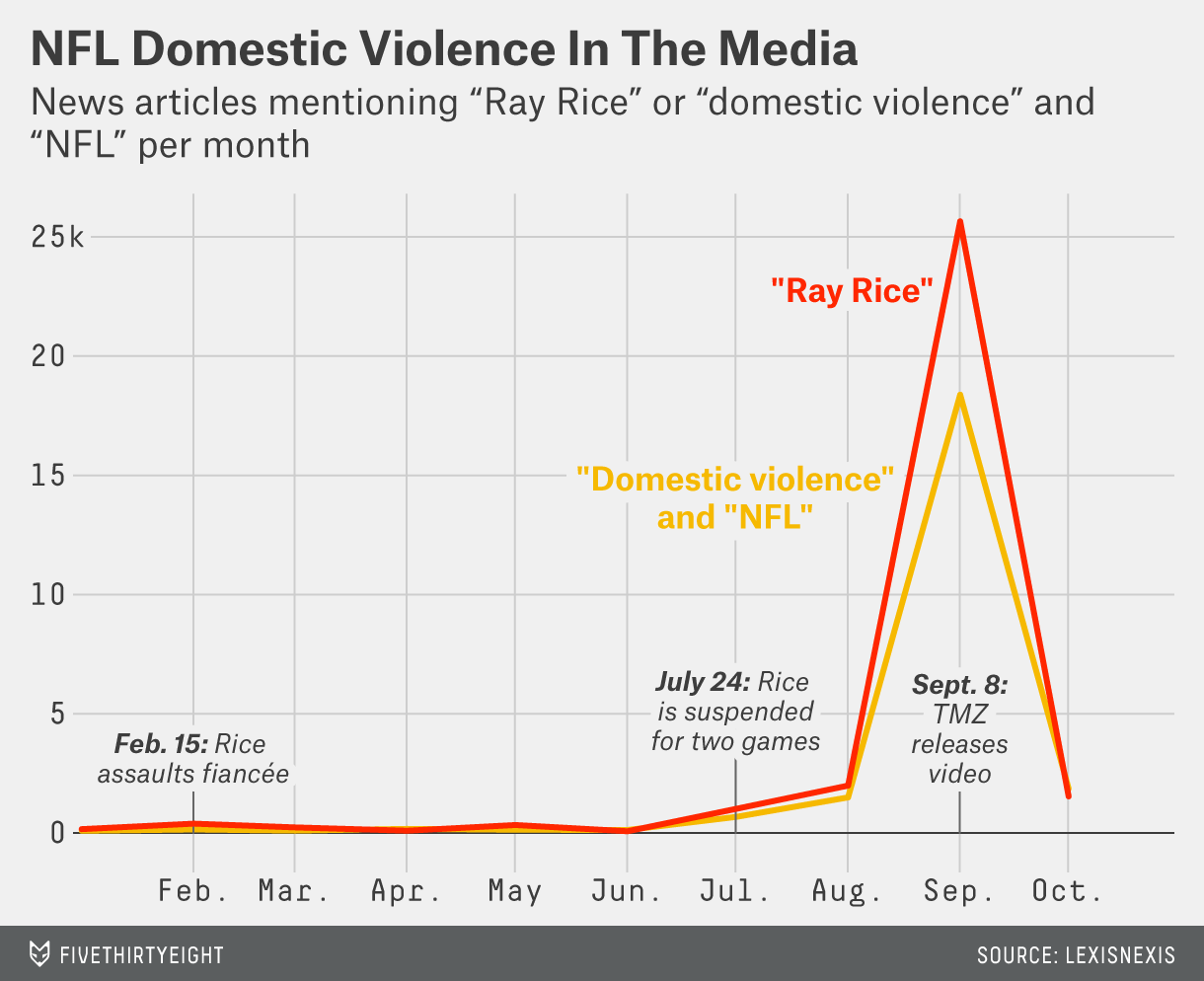 The answer is simple: On Sept. 8, TMZ released the video of the assault, which brought the story back into the news. But even then, our attention spans — perhaps unsurprisingly — are short. Here’s a more detailed look at the media coverage that Rice, as well as the overall issue of domestic violence in the NFL, has received since the beginning of September. 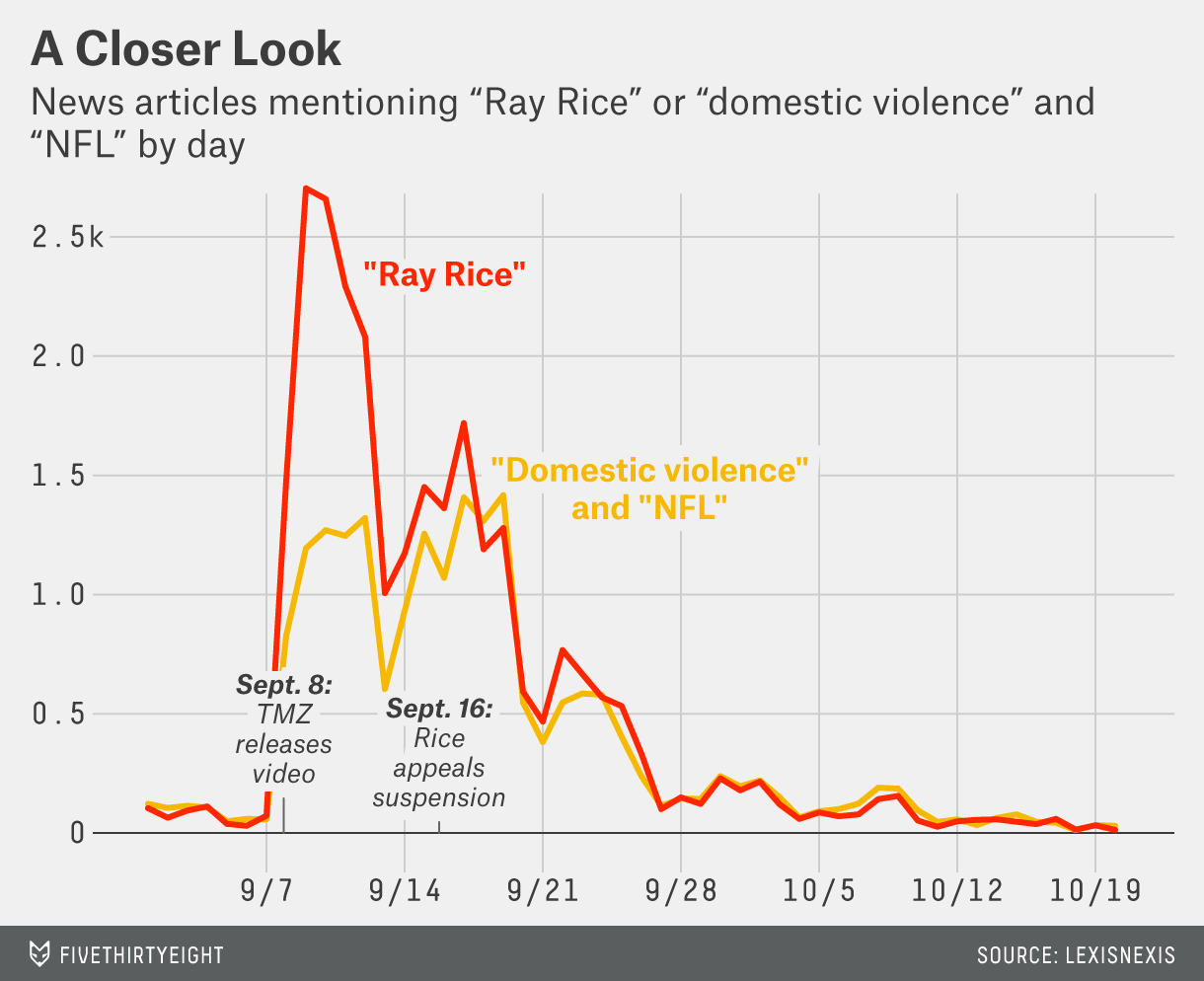 For the week following the video’s release, articles mentioning “Ray Rice” averaged about 1,900 per day, according to Lexis-Nexis; articles mentioning both “domestic violence” and “NFL” averaged nearly 1,120 per day. The past week, however, pales in comparison: “Ray Rice” has been written about 37 times per day, and “domestic violence” and “NFL” have been mentioned in 44 articles per day. This is despite news that Rice could be reinstated as soon as next month.

Rather, NFL news is back to covering on-the-field events. For example, Google Trends shows news about Peyton Manning has been chugging along at about the same rate (not including the recent surge in coverage of his breaking the career touchdown record) and has overtaken headlines about Rice. 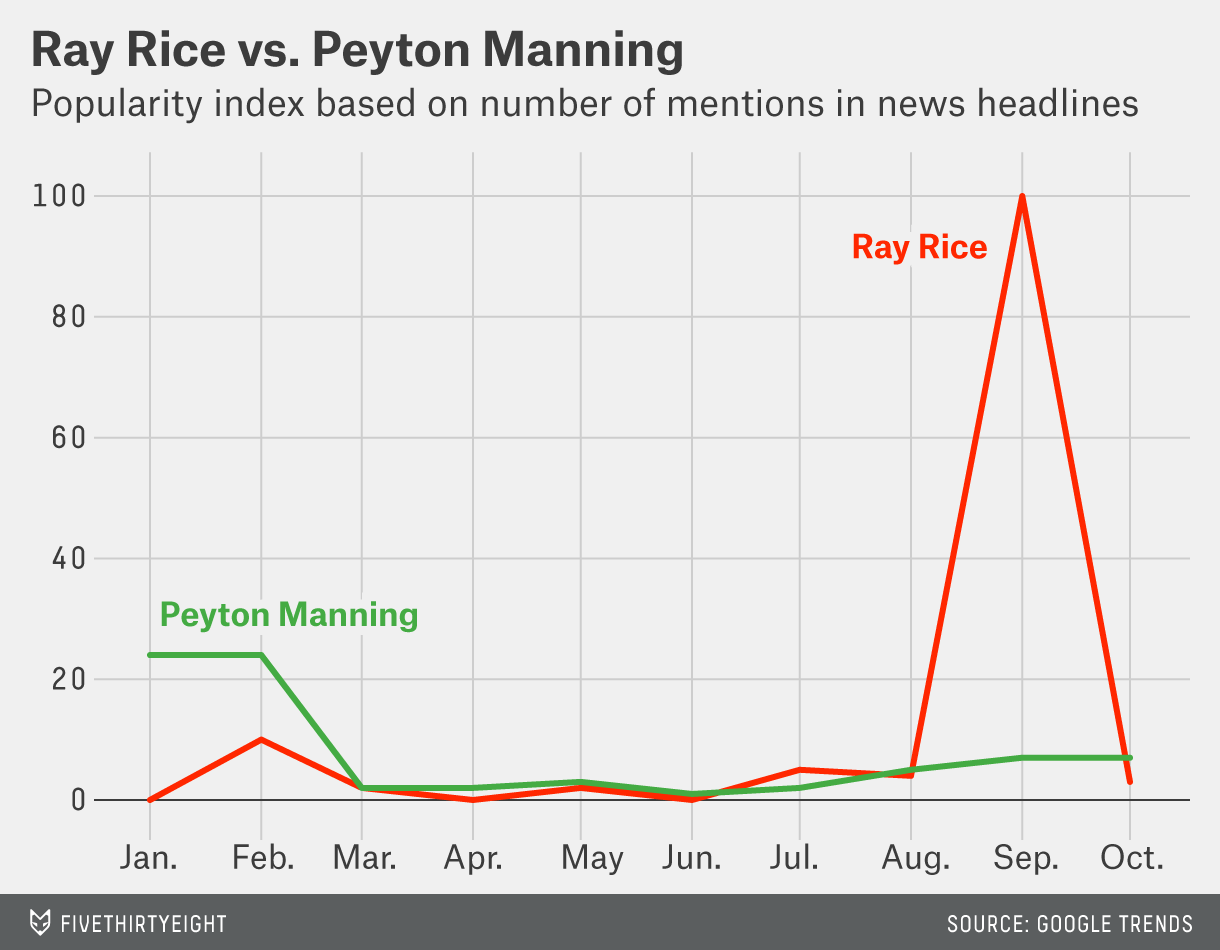 The fleeting public outrage was enough to force the NFL to reconsider its personal conduct policy, but the league hasn’t yet codified many policies. Public pressure to do so, meanwhile, along with the media spotlight, has largely disappeared.