Only 42 percent of Americans think President Obama’s presidency has been a success, according to an ABC News/Washington Post survey released Tuesday. Meanwhile, 52 percent called his presidency a failure. That seems like terrible news for Obama and one of the clearest indictments of his presidency to date, and several headlines published Tuesday said as much.

But the success or failure question isn’t telling us anything we didn’t already know.

The ABC News/Washington Post poll also found that Obama’s approval rating is 42 percent. So, those numbers match. And this is the norm for presidents. 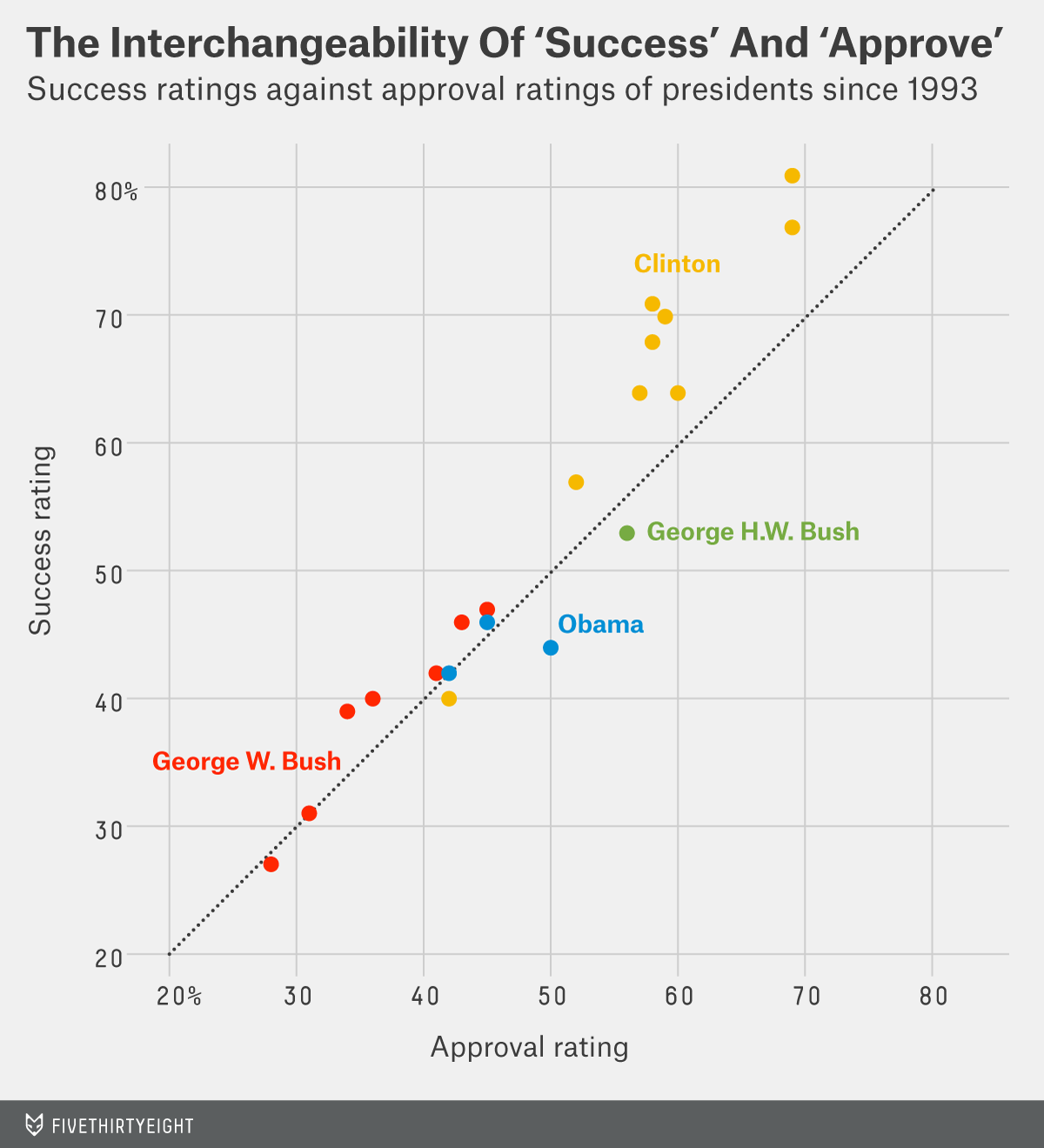 The relationship between the two is clear, with a correlation of .96 on a scale from -1 to 1. The average difference between approval rating and success rating is just 4.9 percentage points.

The biggest outliers in the group belong to Clinton. After the Monica Lewinsky scandal, Americans consistently gave Clinton a higher success rating than approval rating — by an average of 10.8 percentage points. That makes sense given that Americans might have liked where the country was heading under Clinton (the economy was growing) though they didn’t necessarily approve of Clinton himself. A similar phenomenon was evident in Clinton’s favorable ratings, which post-Lewinsky scandal trailed his job approval ratings.

Without those five post-Lewinsky polls, the average difference between approval rating and success rating is just 2.9 percentage points. For Obama, the average difference has been 2.3 percentage points. That’s the same as it was for George W. Bush. Clinton had an average gap of 4.5 points pre-Lewinsky, and the one poll that asked about George H.W. Bush found a 3-point gap.