President Trump has fixated on immigration in the days leading up to next week’s midterm elections, perhaps in the hopes that it will drive Republicans to the polls. Since mid-October, he has made the thousands of Central American migrants who have said they are traveling to the U.S. to seek asylum a focal point of his tweets and public statements, most recently in a press conference Thursday. And earlier this week, he intensified his hardline immigration agenda, telling Axios that he wants to use an executive order to ban birthright citizenship. It’s difficult to know whether, or how much, stoking fears about illegal immigration will help Republicans turn out the vote, but a new poll from The Economist and YouGov gives us some clues as to why Trump might think it will.

For starters, there’s evidence that Trump’s rhetoric on the migrant caravan has resonated with his base. Republicans — especially Trump voters — were more likely than Democrats to have heard “a lot” about the caravan, and a majority of Republicans said the U.S. should “reject all of the immigrants in the caravan” (as opposed to accepting all of them or accepting only those who have a valid claim for asylum). Also, Trump’s dubious claim that the caravan contained “unknown Middle Easterners” (there have been no reports from intelligence agencies to suggest that this is true, and Trump later said he has no proof to support it) appears to have been widely believed by Republicans. Forty-seven percent said they thought that “some” of the people in the caravan were “Middle Eastern terrorists.” And 72 percent of Republicans said they “strongly approve” of Trump’s order to deploy thousands of troops to the border ahead of the caravan’s arrival.

Also in the YouGov poll, immigration was the most frequent response among Republicans when they were asked what the most important issue to them was; 20 percent chose it from a list of 15 issues (the economy ranked second, with 17 percent). Among independents, immigration came in second (13 percent said it was the most important issue to them) — which could be good news for Republicans looking to win among independents. (Among Democrats, immigration was tied for sixth place — their top answer was health care.)

So maybe Trump really is tapping into an issue that will motivate Republicans to vote. But much of his success will boil down to whether he is able to turn out voters in key swing states with close races. That said, a recent CBS News/YouGov poll of voters in Arizona, Florida and Indiana found that a vast majority of Republicans said immigration was “very important” to their vote for Congress this year. All three states have a competitive Senate race on the ballot. Several House races in Arizona and Florida are especially close, and Florida has a tight gubernatorial race as well.

What voters see as an important issue and what motivates them to vote can depend on the current news cycle, although the effects can fade. For instance, Republican enthusiasm about the midterm elections surged in October polls after Supreme Court Justice Brett Kavanaugh’s heated confirmation hearing. But there are some signs that the excitement has died down. In the most recent Economist/YouGov poll, Republicans’ enthusiasm to vote in the midterms dropped 3 points, compared with the previous week.

It’s still too soon to know what will happen in the polls in the wake of the pipe bombs that were mailed to prominent Democratic critics of Trump or in response to the anti-Semitic shooting at a synagogue in Pittsburgh that left 11 dead. So while it’s possible that immigration could drive Republicans to vote on Election Day and maybe even make a difference in some key races, it’s also entirely possible that enthusiasm around immigration issues could weaken in the coming days. 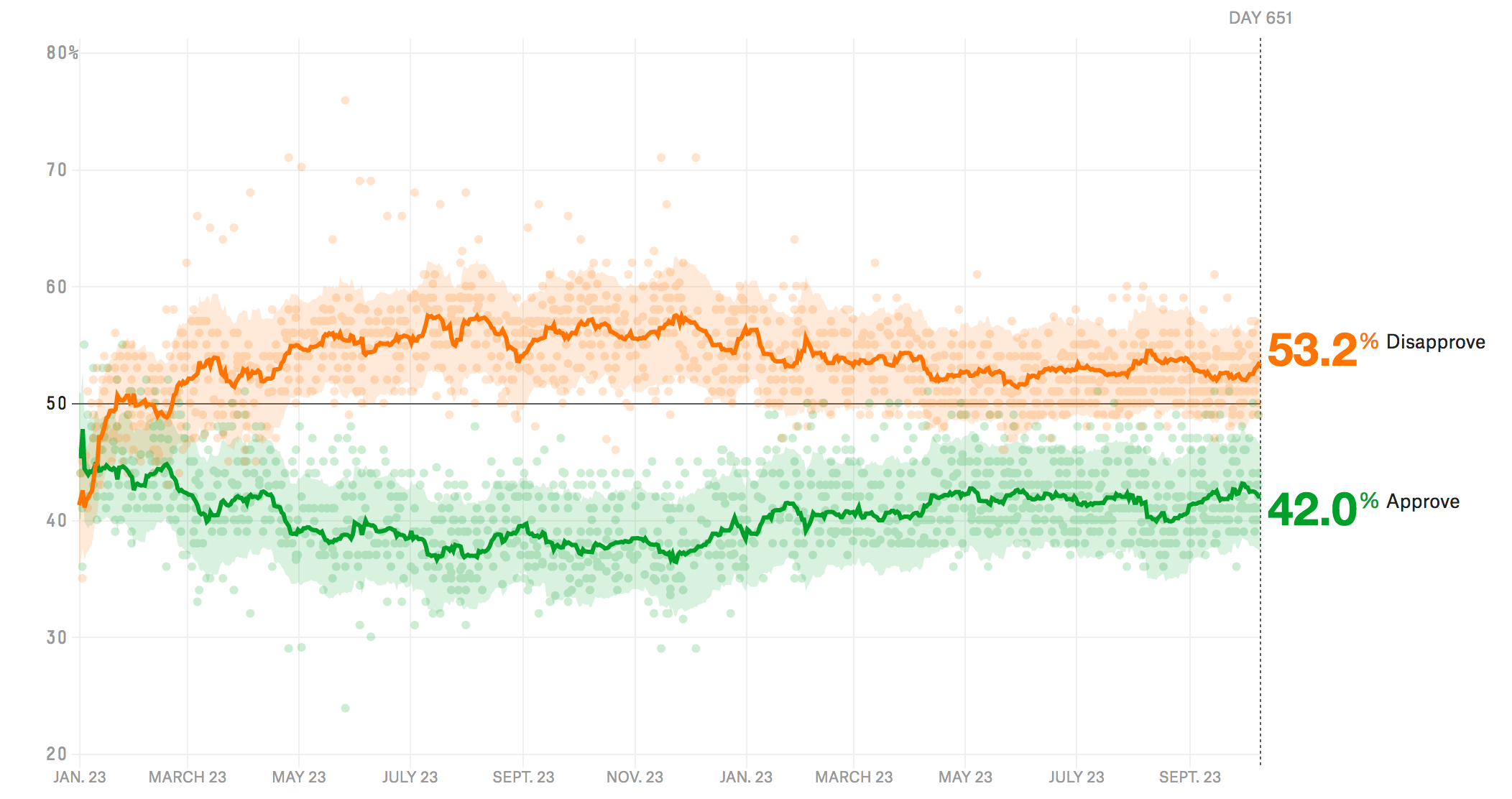 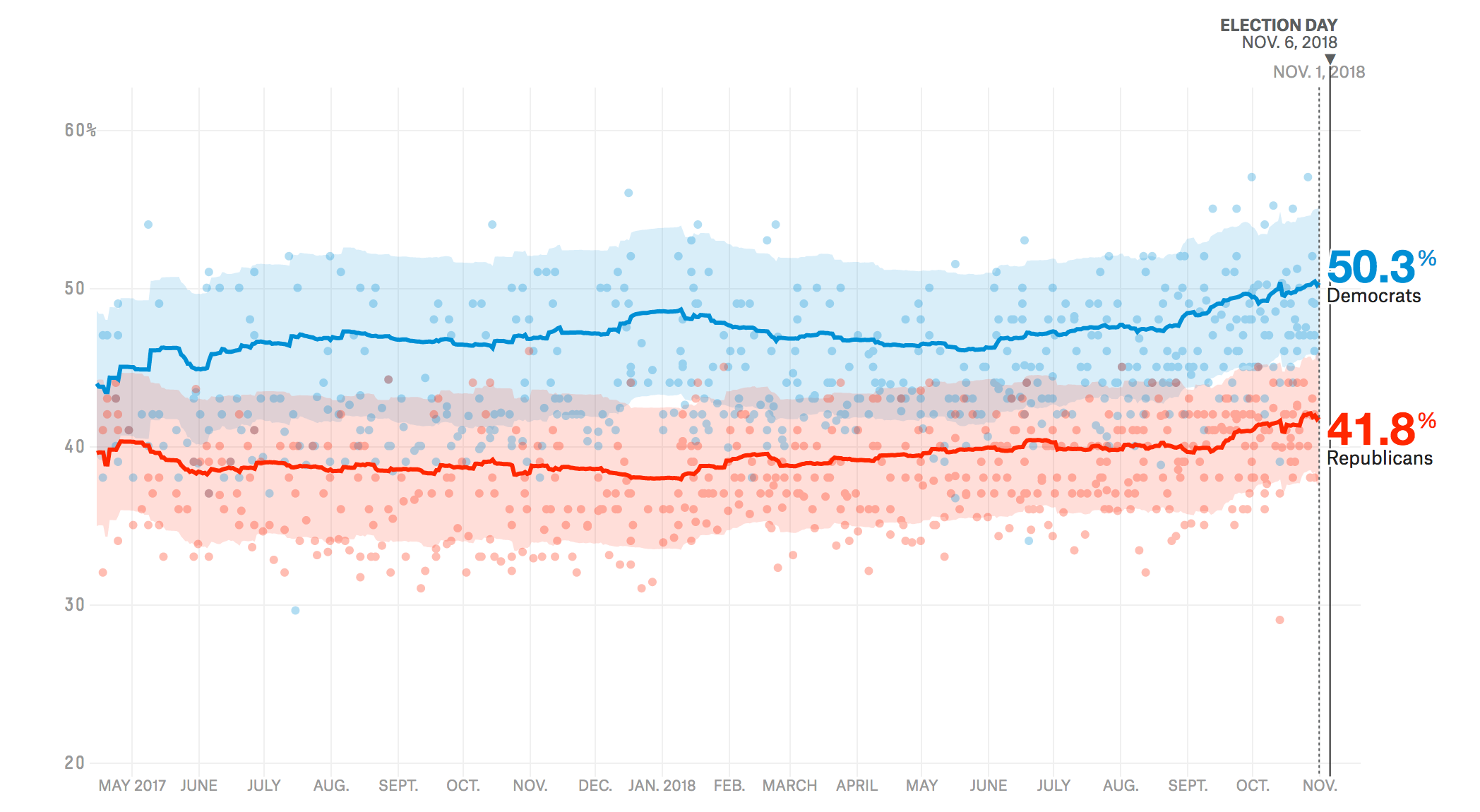