Losing a job is tough. But for the more than 26 million Americans who lost their jobs in 2009, it was incredibly tough.

But there are bad economies, and then there is the Great Recession. Unemployment peaked at 10 percent in 2009, the highest it had been in nearly 30 years, and then stayed above 9 percent for nearly two more years.

Finding a job in that environment was hard. Very, very hard. The chart below looks at people who got laid off each year between 1998 and 2012 and shows what percentage of them were still unemployed a year after they lost their jobs. In the late 1990s, when the unemployment rate was well below 5 percent, less than 1 percent of people who lost a job were unemployed for a year or longer. In 2009, that figure neared 10 percent. 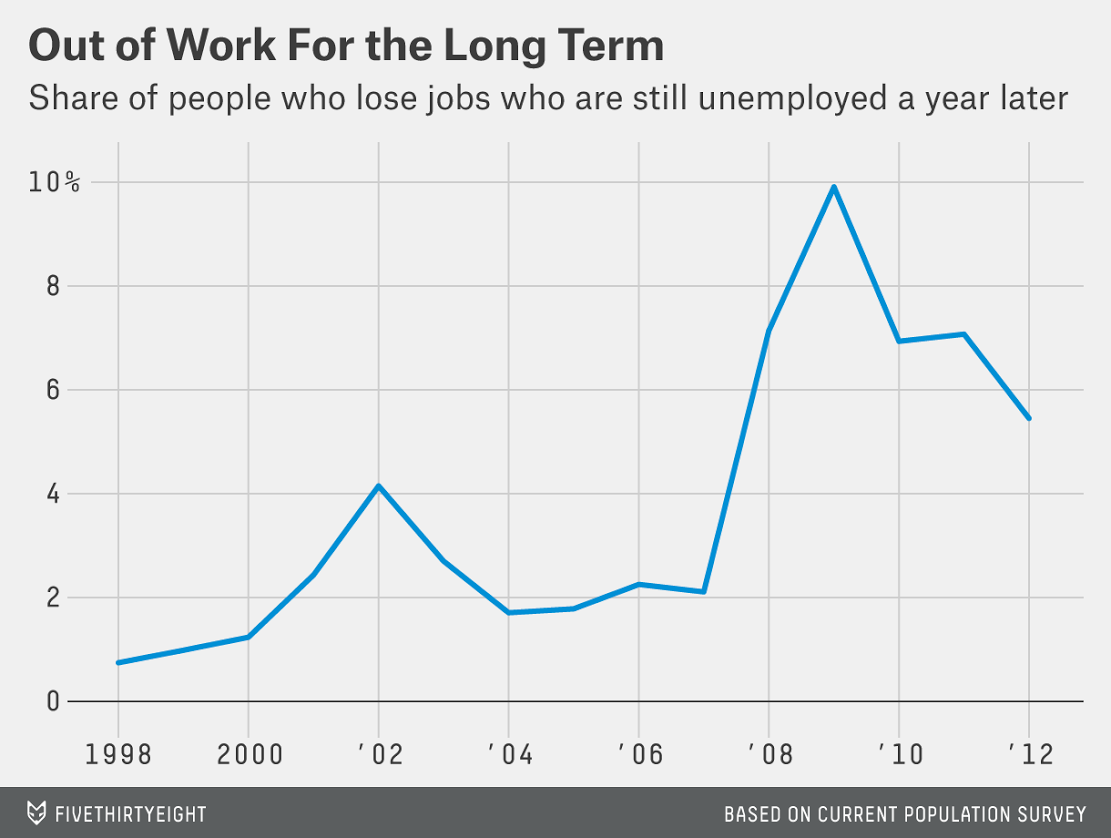 Two quick technical notes: This chart shows only people who lost their jobs, not people who quit or who entered the labor force for the first time. The chart also counts among the long-term unemployed only people who were unemployed for the entire year after their job loss; people who found jobs and then lost them during the year aren’t included.

These numbers might make the situation look better than it was. The government only considers people unemployed if they’re actively looking for work. Faced with the worst economy in generations, many people stopped trying to find a job altogether. Less than 60 percent of the people who lost jobs in 2009 were employed a year later.