No pie charts: Sometimes you want it fast, fatty and dirt cheap. This interactive graphic allows you to compare three huge pizza chains across America to help you find the cheapest and closest pie. [Los Angeles Times]

Faithful millennials: Seminary students in the U.S. are getting younger — a trend which seems all the more surprising given that the percentage of young Americans who consider themselves religiously unaffiliated has risen over the past decade. [NPR] 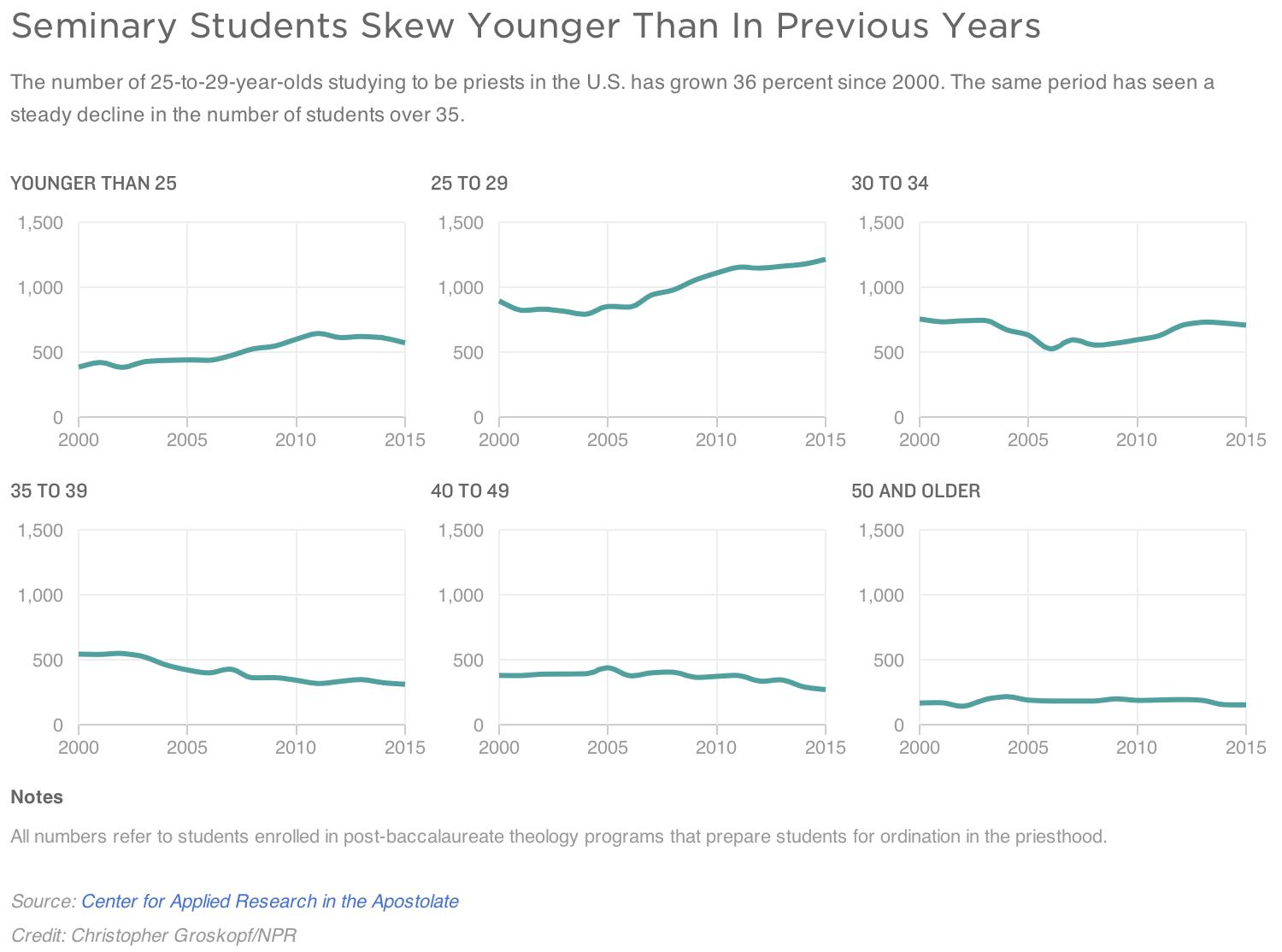 Definitely brunch: A total of 38 people have been featured in The New York Times’ “Sunday Routine” so far this year. A thorough statistical analysis reveals 71 percent of these riveting individuals exercise on Sunday and 100 percent of them go to brunch. [Gawker]