Access limited: This week, The New York Times showed how a 2013 anti-abortion law in Texas has severely limited access and increased costs around the state. Before the law, Texas had 41 abortion clinics; it now has 17, most of which are concentrated in the eastern half of the state. That means the average county in Texas is 111 miles from a clinic. The Supreme Court will decide in November whether to hear a case about the constitutionality of the law, and its decision will have a significant impact on future access in Texas. [The New York Times] 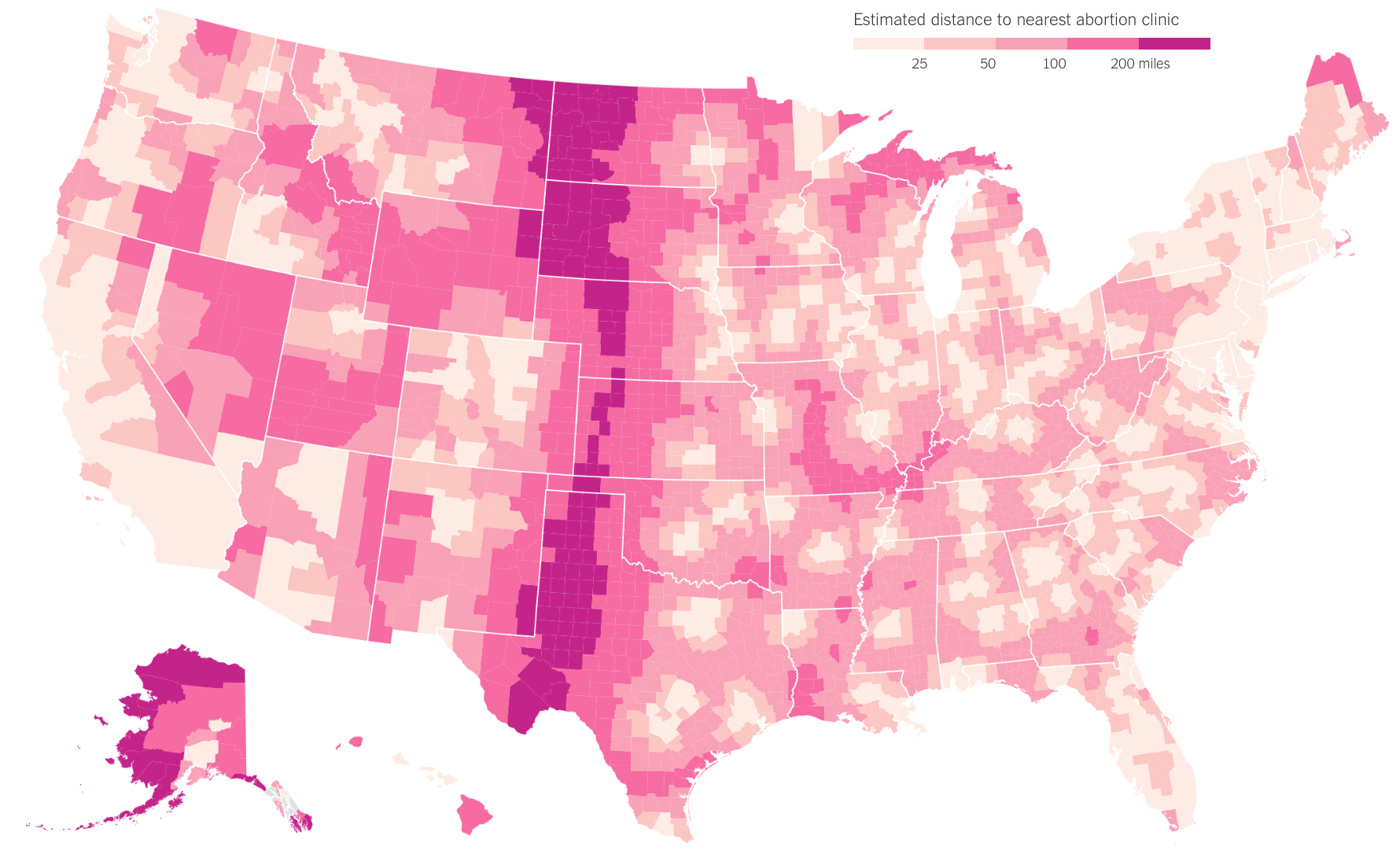 All the president’s donors: Sen. Bernie Sanders and former Secretary of State Hillary Clinton are both wooing voters who supported President Obama in 2012. And 35.5 percent of Marco Rubio’s donors and 31.4 percent of Jeb Bush fans gave to Mitt Romney. But second-quarter FEC filings show particularly bad news for Rick Perry: Donors from his last run at the presidency have been giving more to other candidates than to him. [National Journal]

Big Brother: Australia has new data retention laws that mandate phone and Internet companies keep users’ metadata for two years. That data includes every time someone places a call, where the call comes from, which cell tower the phone pings when it connects to the Internet, and more. A reporter from the Australian Broadcasting Corporation obtained his own metadata and mapped his daily movements to show what information you can glean from the data being collected. [Australian Broadcasting Corporation] 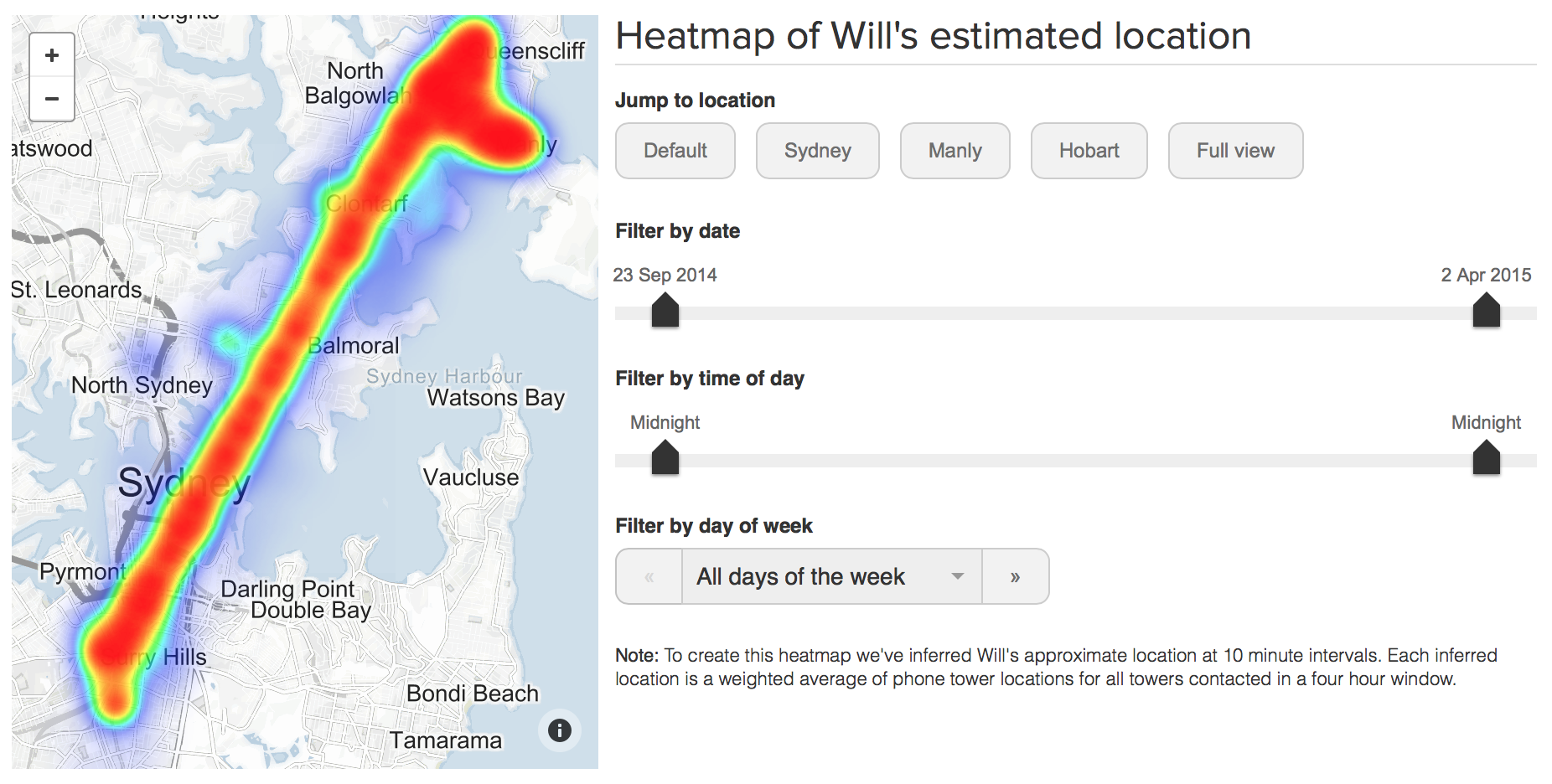 Illegal tusk trade: National Geographic used fake elephant tusks embedded with GPS devices to track an illegal ivory trade route in Africa. The fake tusks traveled a total of 592 miles, and passed through an area often attacked by Joseph Kony’s Lord’s Resistance Army. As the tusks traveled, their price shot up from as low as $66 per pound to as much as $4,630 in Asian markets. [National Geographic] 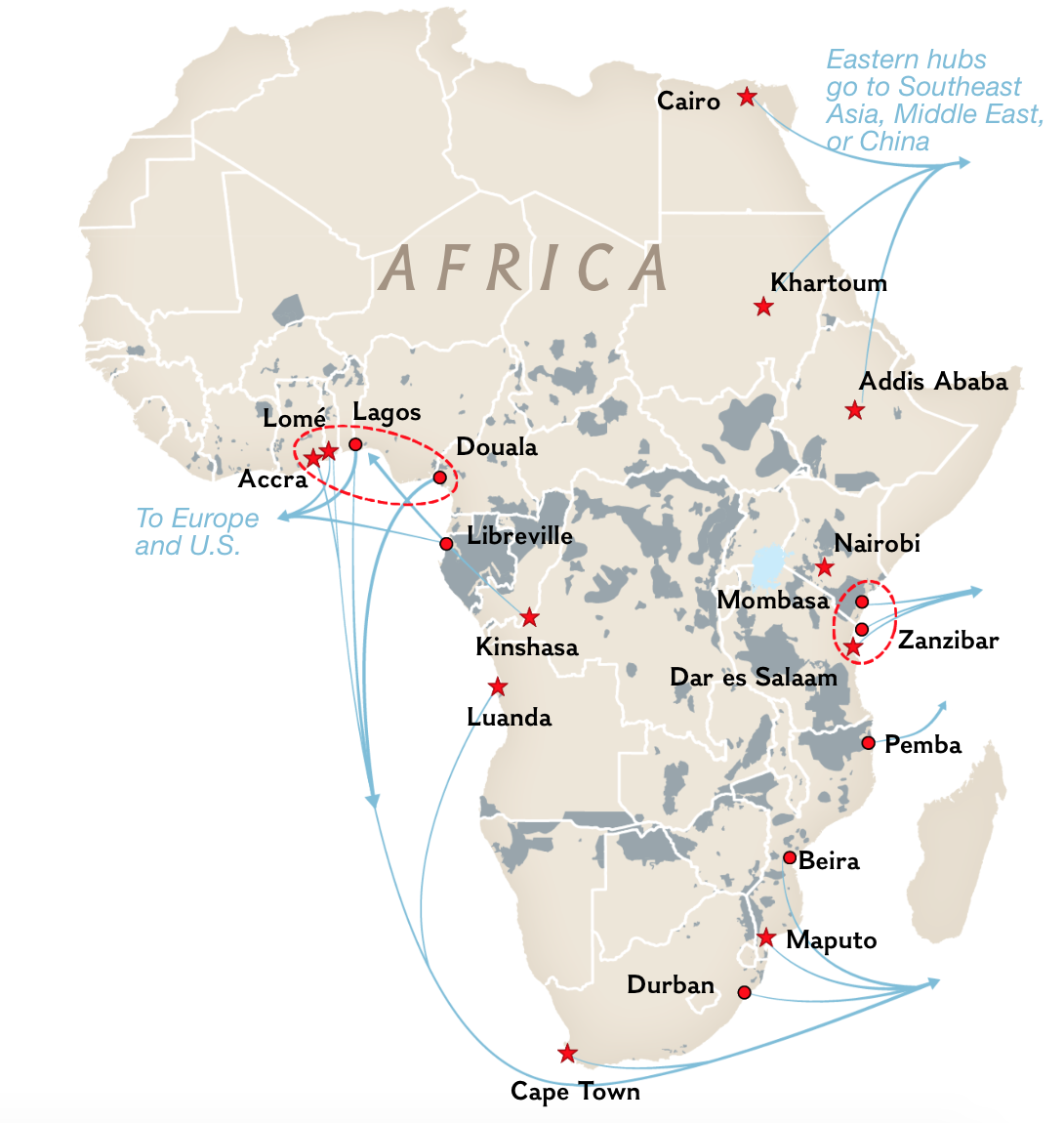 Super commuters: Every day, 38 million Americans leave the county in which they live in order to go to work. The Washington Post mapped commuting routes in every county in the country, showing which cities have large geographic footprints and which are more isolated. Washington, D.C. has the highest rate of workers who live outside the county at 70 percent, which puts it well above the U.S. average of 27 percent. [The Washington Post] 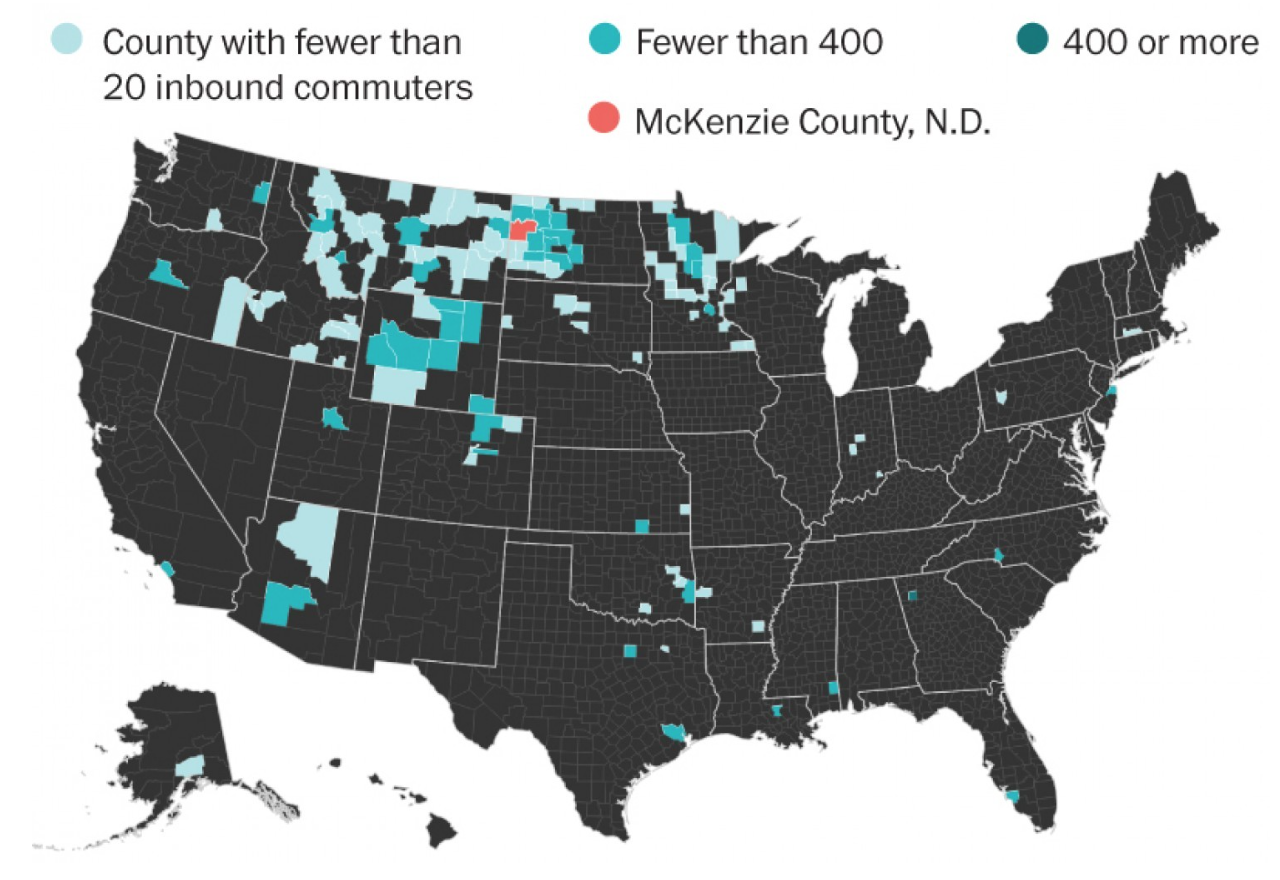 Time after time: The folks over at Polygraph used Spotify play counts to find the most “timeless” music, charting which old songs are still popular now. Nirvana’s “Smells Like Teen Spirit” is the most-played song from the 1990s, and “No Diggity” by Blackstreet is the most-played rap hit from that period. There are also charts showing play counts for popular songs going back five decades and predictions for today’s top hits, so you can see which of your favorites will still be on ear-buds in three decades. [Polygraph] 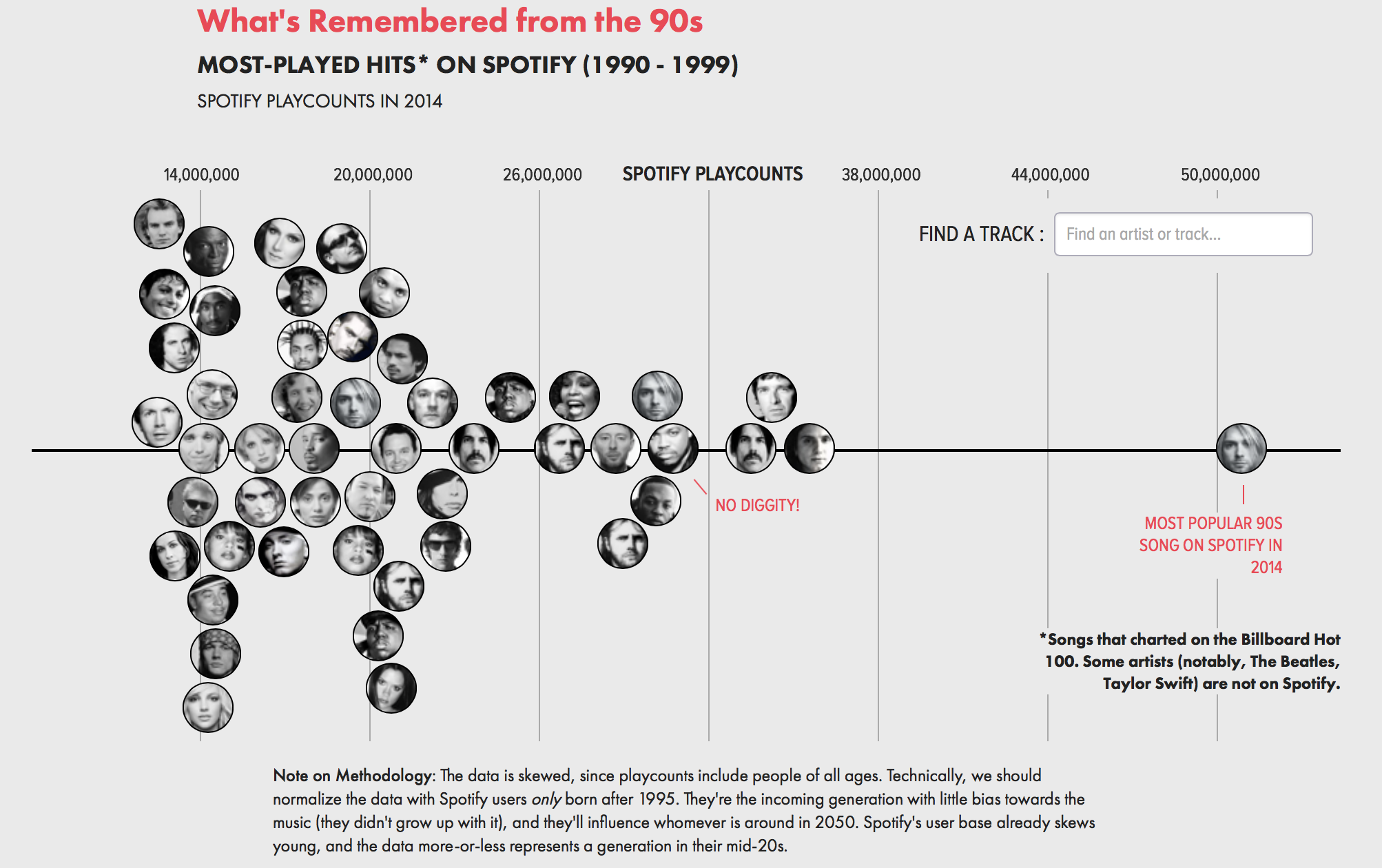