Rand Paul is having a moment. A recent cover story for The New York Times Magazine dubbed the potential Republican presidential candidate the “Pearl Jam” of the libertarian movement and a force that could win over young voters in 2016. It’s a tantalizing theory for the right and a fun story for the media. But the data suggests that the senator from Kentucky has his work cut out for him.

So far, Paul isn’t doing much better among young voters than the Republican nominee in 2012, Mitt Romney, or than Chris Christie, the New Jersey governor, is currently doing.

Since the beginning of the year, there have been eight live-interview national polls that detail results among young voters (ages 18 to 29 or 18 to 34), and matched Paul against former Secretary of State Hillary Clinton. Together, these polls give us the views of more than 1,000 young voters. The same polls matched Clinton against Christie. The surveys show that young voters don’t see any difference between Paul and other Republican politicians.

Why should we trust these surveys? We shouldn’t expect early polls to tell us the final vote in 2016, but it’s probable that each candidate’s coalitions will remain mostly intact. Both the subsample and the overall margin should shift relatively uniformly. For example, Republicans should do better with white voters than they do overall, even if their margin among both shrinks or widens. 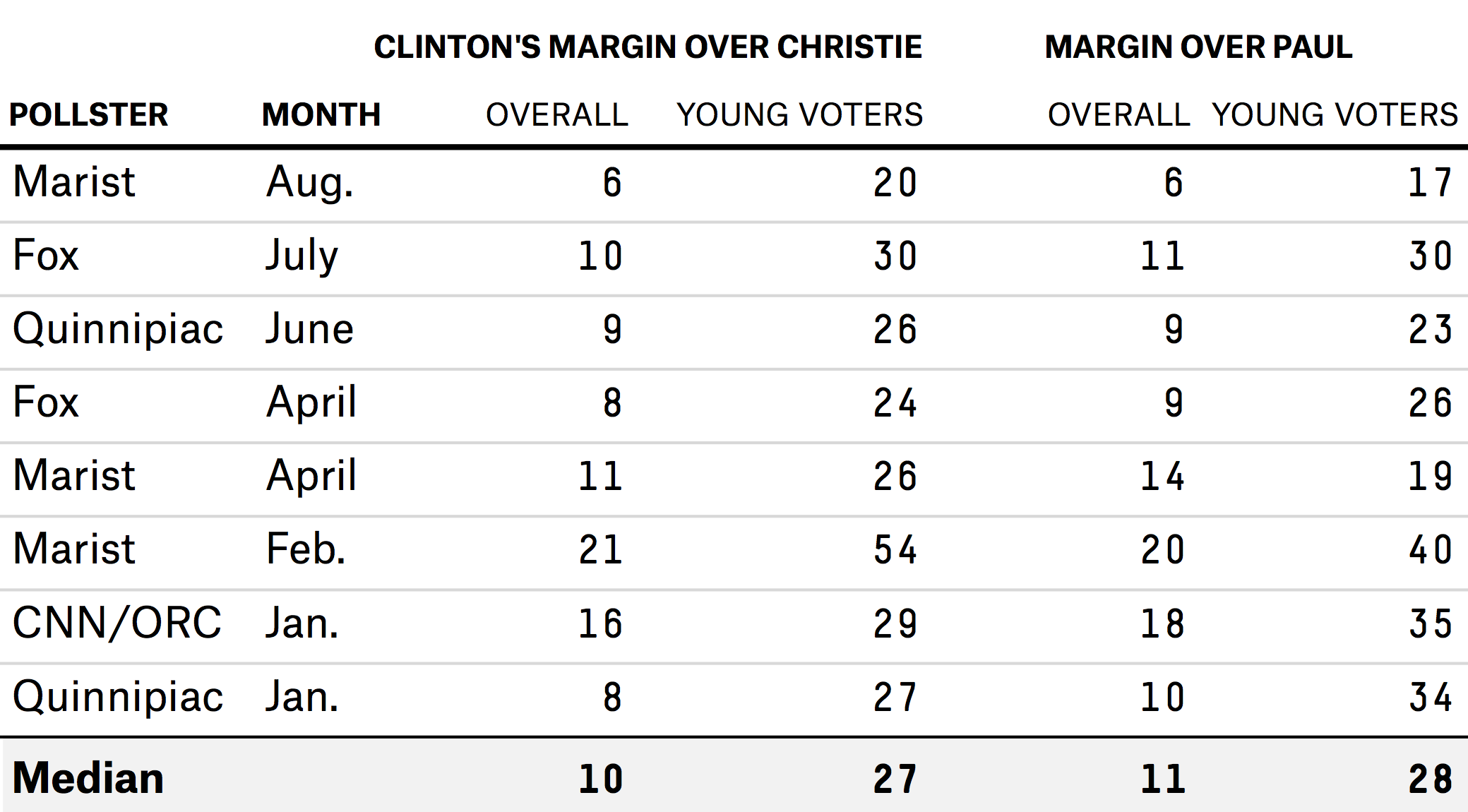 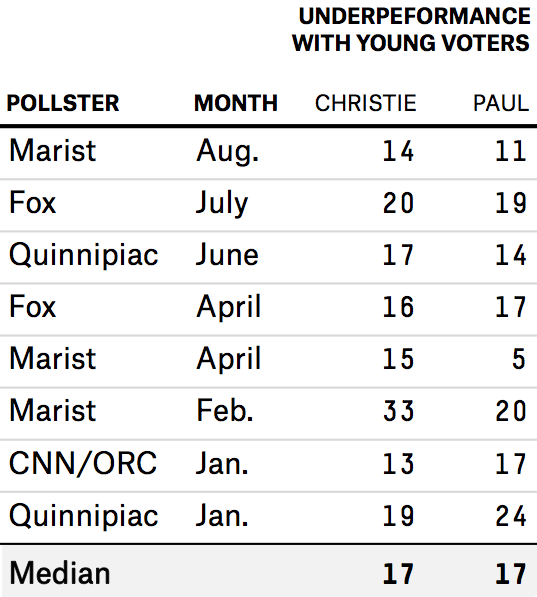 Moreover, the difference between Christie’s margin among young voters and his margin overall is the same as Paul’s: 17 points. The only difference is Christie is doing slightly better among all voters. That suggests the slight improvement over Romney’s performance with young voters — if it isn’t simply noise — isn’t unique to Paul.

One could argue that young voters might warm to Paul as they get to know him better; after all, 45 percent of Americans have no opinion of Paul. But it’s not entirely clear Paul’s numbers will drastically improve if young voters learn more about his positions. There are issues on which he is more aligned with young voters than other Republicans are, such as marijuana policy and perhaps the death penalty. But he’s not aligned with those young voters on several issues that Gallup recently found to be the most important: immigration, jobs and the economy, health care and foreign policy.

All in all, it’s not clear that Paul’s message has or will resonate with younger voters. Paul may make inroads by 2016, but there are plenty of reasons to be skeptical.