Last month’s botched execution of Clayton Lockett in Oklahoma brought the death penalty back into a prominent position in the national debate. Although it’s been noted that the percentage of Americans who favor executing people convicted of murder has fallen over the past decade, the vast majority of them still favor capital punishment. In fact, a deeper look suggests that most people’s opinions on the death penalty haven’t changed much since the beginning of the century.

After the incident in Oklahoma, the online polling firm YouGov surveyed Americans to see whether the botched execution had dampened death penalty support. It hadn’t. YouGov found that 65 percent of Americans were for the death penalty as a punishment in the case of murder; a YouGov poll earlier in the year showed 62 percent in favor. (The questions don’t differentiate among degrees of murder.)

Overall, support for the death penalty is dropping in the U.S., but at a slow rate. When we look at the 70 polls on capital punishment in PollingReport.com’s database taken since 2000, we see that the drop has averaged only 0.4 percentage points per year. The trend suggests that, at this point, about 61 percent of Americans support the death penalty. Some polls (such as a 2013 Pew Research Center survey) put support lower, and some (such as the YouGov survey) put it higher. 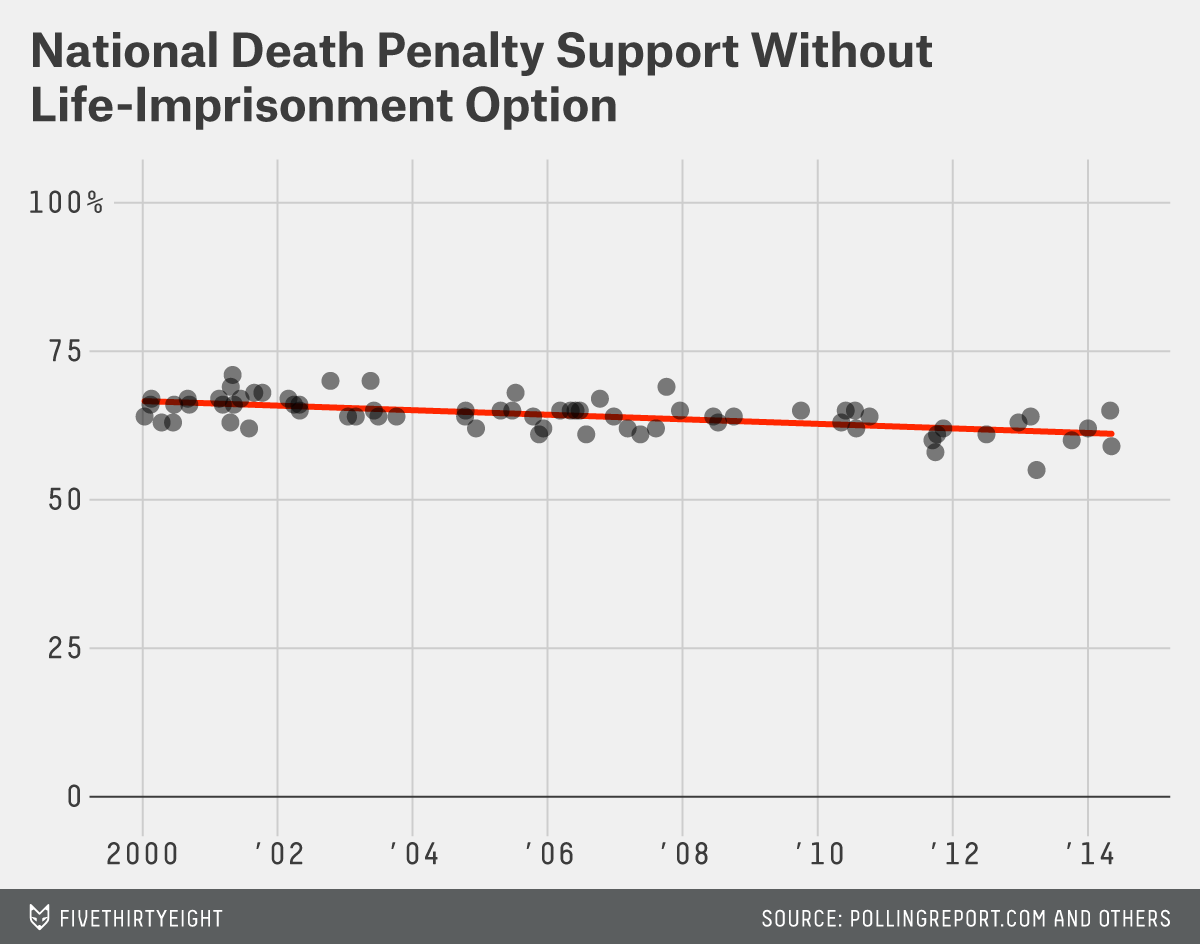 If the trend continues, a majority of Americans will support the death penalty for an additional 30 years. And there isn’t much reason to expect the trend to pick up speed anytime soon. Unlike issues such as same-sex marriage and marijuana, where a large age gap favors the more progressive position, young Americans aren’t all that more likely than older Americans to oppose the death penalty. Pew’s 2013 survey had a large sample size of 646 18- to 29-year-olds, and that poll found that those younger than 30 were only 4 percentage points more likely to oppose the death penalty than all Americans. The same held true in the 2012 General Social Survey; of all adults, 65 percent favored the death penalty, and 61 percent of adults younger than 30 supported capital punishment.

So, it looks like the death penalty is going to have majority support for a long time, right? Maybe. Many anti-death-penalty advocates prefer to look at a different question: Do Americans prefer the death penalty or life imprisonment without parole for people convicted of murder? The question “transforms the death penalty from a theoretical/abstract issue to one of choice,” Matthew McDermott, field director at Lake Research Partners, a progressive polling firm, said in an email. Whether this question is better can be debated, but it does show less support for the death penalty.

The two surveys conducted since the beginning of 2013 that included the life-imprisonment option pegged support for the death penalty at an average of just over 49 percent. The polls found an average of 44 percent of respondents preferred life without parole as a punishment for people convicted of murder.

But even in polls that give respondents a choice between the death penalty and life without parole, support for capital punishment hasn’t declined since 2000. 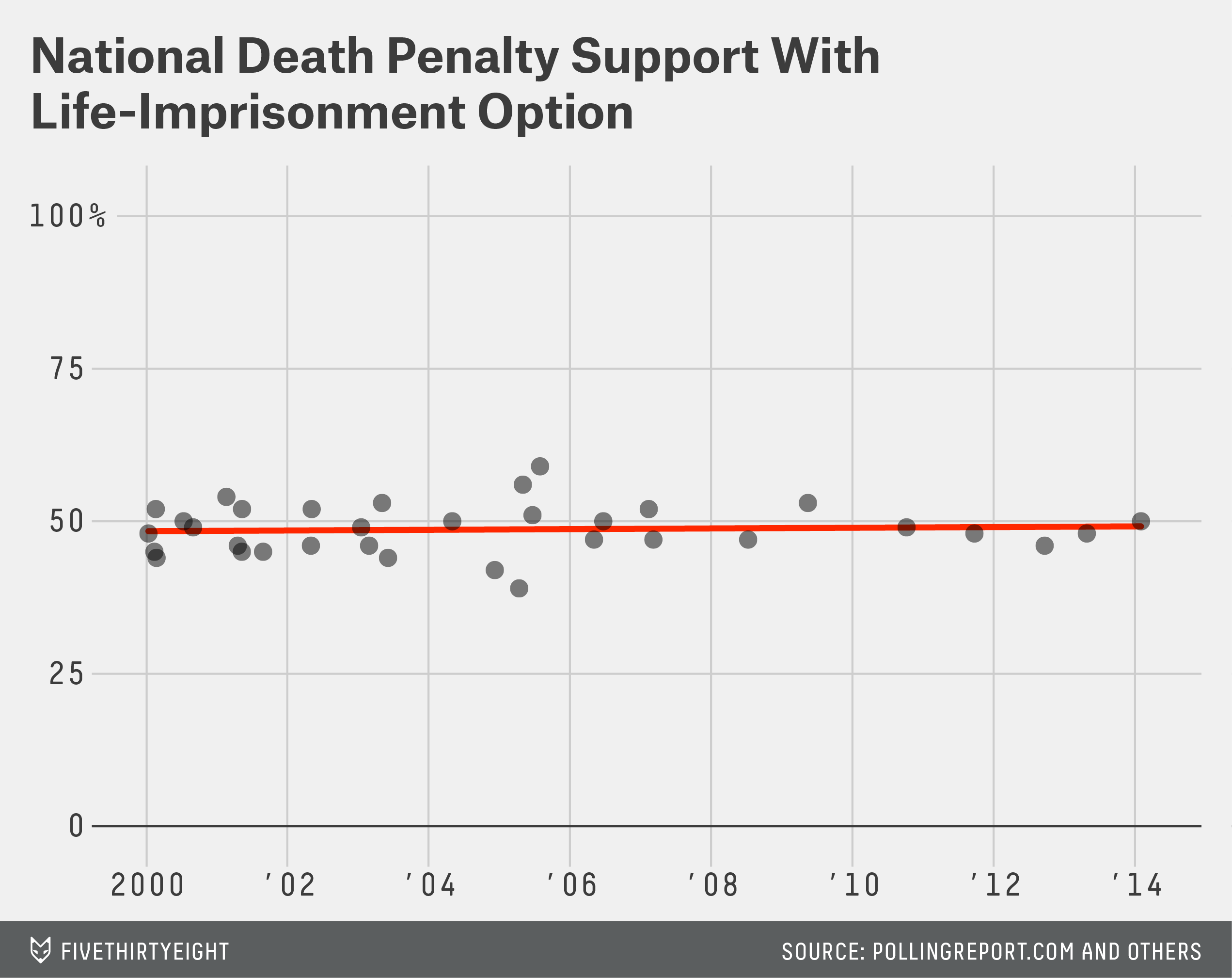 Not many minds have been changed on this issue (at least, the sizes of the pro and con sides haven’t really changed). Without a large age gap in death-penalty support, a substantial decline isn’t baked into the trend.