As my colleague Mona Chalabi noted Tuesday, the gap between men’s and women’s salaries varies substantially throughout the country. It’s largest in Wyoming, where women make 63.8 percent of what men do, and smallest in D.C., where they make 90.1 percent as much. (These figures are from the National Women’s Law Center and reflect the “ratio of annual median earnings for women and men working full time, year round.”)

Mona and I were struck by the relationship between the gender pay gap and a state’s political environment. The eight states with the narrowest pay gap voted for President Obama in 2012, as did the District. The six states with the widest pay gap voted for Mitt Romney, often by substantial margins. Overall, the correlation between the share of the vote a state gave to Obama and its ratio of female-to-male earnings is .76. 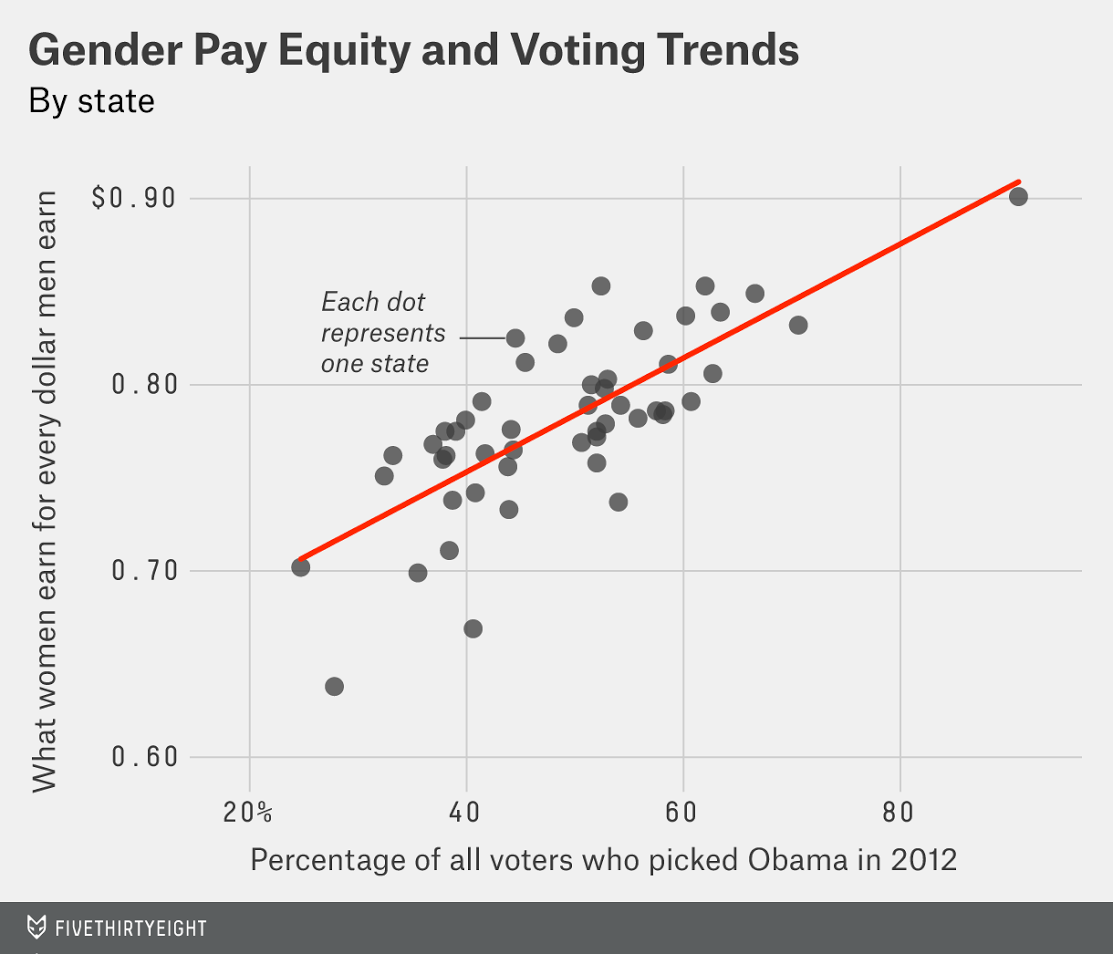 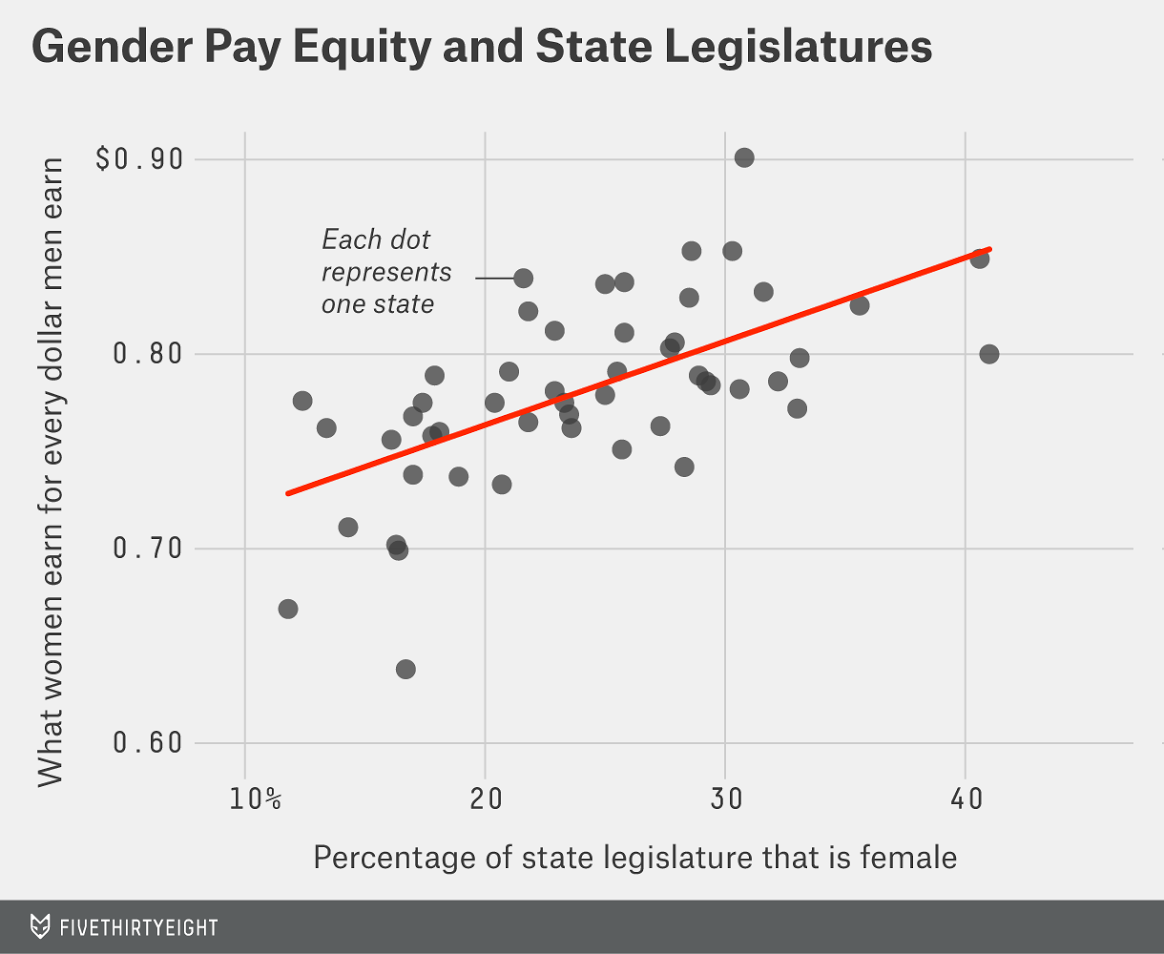 For our wonkiest readers: Both variables are statistically significant in a regression where the dependent variable is the gender pay ratio. In other words, they both seem to reveal something about the gender pay gap, independently of one another.

However, it’s still tricky to sort out the cause behind this relationship:

The gender pay gap has been the subject of hundreds of academic studies. These studies seek to sort out how much of it has to do with overt or implicit discrimination against women, as opposed to labor force characteristics that are not well accounted for by aggregate statistics.

For example, the gender pay gap is narrower when measured by hourly rather than annual wages; that’s because women tend to work fewer hours than men. Men also tend to be concentrated in higher-paying industries. They may have more educational and work experience, and they may have higher-ranking positions within their organizations.

The broad consensus of the literature suggests that while accounting for these factors substantially reduces the gender pay gap, some portion of it remains unexplained and may reflect discrimination instead. That the gender pay gap is correlated with other indicators of women’s status and welfare also suggests that cultural and political factors play some role in determining women’s salaries.