I had — statistics on what makes women and men reach orgasm.

In 2009, the National Survey of Sexual Health and Behavior (NSSHB) asked 1,931 U.S. adults ages 18 to 59 about their most recent sexual experience. The topline findings show that men are more likely to orgasm than women — 91 percent of men said they climaxed during their last sexual encounter, compared with 64 percent of women.

But there seems to be a perception gap, too — at least among men. Eighty-five percent of men said their partners in that recent sexual encounter had reached climax, far higher than the percentage of women who said they orgasmed. That can’t simply be explained away by saying that the men were referring to different sexual partners. Most of these sexual encounters were heterosexual — 92 percent of men and 98 percent of women said their last sexual encounter was with someone of the opposite sex. So it seems like some of those men were wrong when they said their partners had orgasmed — either their egos are causing them to overestimate, or some of those women are faking it.

The survey also asked which sexual acts people had engaged in and whether they had experienced an orgasm during that encounter. It’s worth mentioning at this point that only people who reported a sexual experience in the previous 12 months were included in the survey — presumably because it might get tricky to accurately recall sexual encounters after a while, especially the forgettable ones. 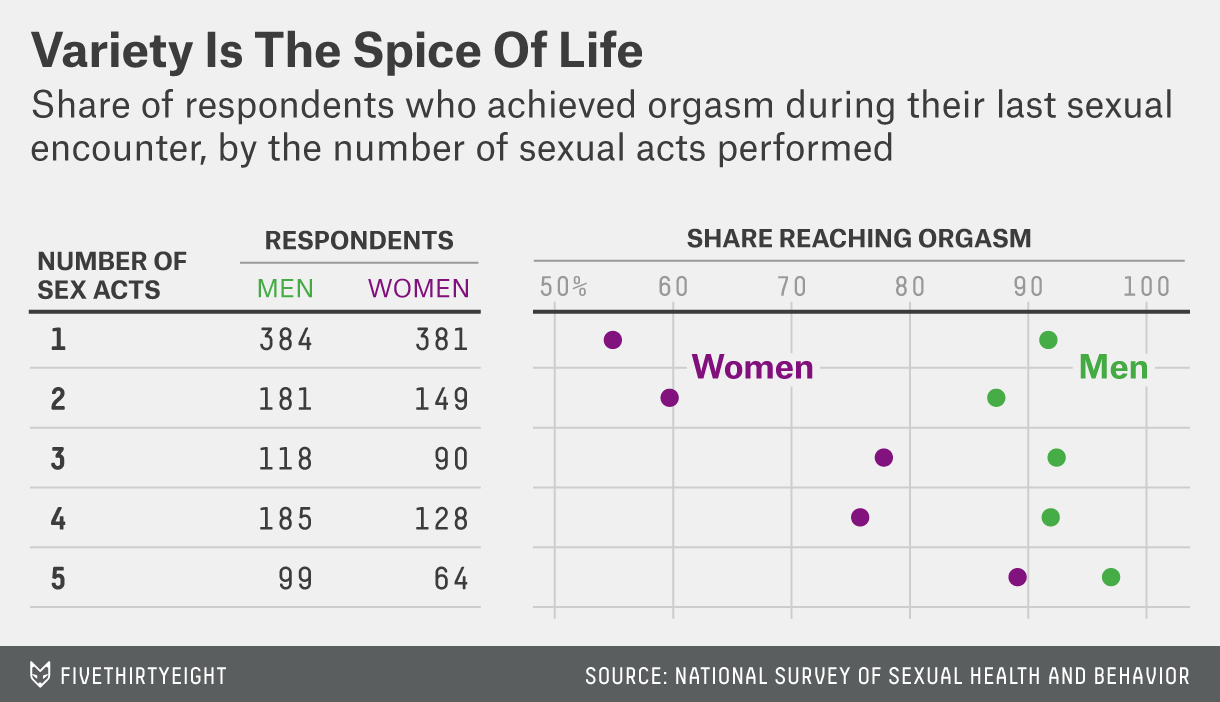