We know that former Vice President Joe Biden, Sen. Bernie Sanders and Sen. Elizabeth Warren are popular among Democratic voters. But how do they fare among the general public? A recent poll from Gallup shows that opinions about this trio are far more mixed among all Americans than they are among Democrats. And relative to previous high-profile candidates, they don’t seem to be as popular. Gallup’s poll found that the net favorability (favorable rating minus unfavorable rating) of these leading Democrats was roughly even or negative among the general electorate, with Sanders at +1, Biden at -1 and Warren at -5. Granted, we found that none of them are as unpopular as Hillary Clinton or Donald Trump were at this point in the 2016 cycle, but they’re also not as favorably viewed as George W. Bush in 2000, Barack Obama in 2008, or even Rudy Giuliani in 2008.

We looked at non-incumbent candidates’ favorability ratings in each cycle dating back to 2000, focusing on the last four months of the year before the election. We found that Biden, Sanders and Warren are less well-liked than many well-known presidential contenders from the past two decades.1 These numbers could be a red flag for Democrats looking ahead to the general election or a product of our increasingly polarized politics. You can see that since 2008, many candidates’ net favorability ratings have been negative or close to zero.

But a candidate’s favorability ratings at this point don’t necessarily line up with election results — a lot can change between now and next November. For instance, while Bush was viewed more favorably than Gore in late 1999, they fought out the 2000 election to a near-draw, which in the end was decided in Bush’s favor by an incredibly narrow margin in Florida. And in 2016, Trump won the presidency over Clinton despite being viewed less favorably, which remained true through Election Day.

The good news for Democrats is that Americans like Trump even less. Gallup’s poll found Trump’s net favorability at -18, far below the three leading Democratic contenders. So, in other words, as long as the Democratic nominee wins over those who view the president negatively, even an unpopular nominee could still have a pretty good shot at winning. Still, Democrats could find themselves in trouble if the election becomes a race to the bottom, where both Trump and the Democratic nominee are heavily disliked. Exit polls in 2016 found that Trump still won 15 percent of voters who had an unfavorable opinion of him, as he was likely aided by the fact that Clinton was also viewed pretty negatively. 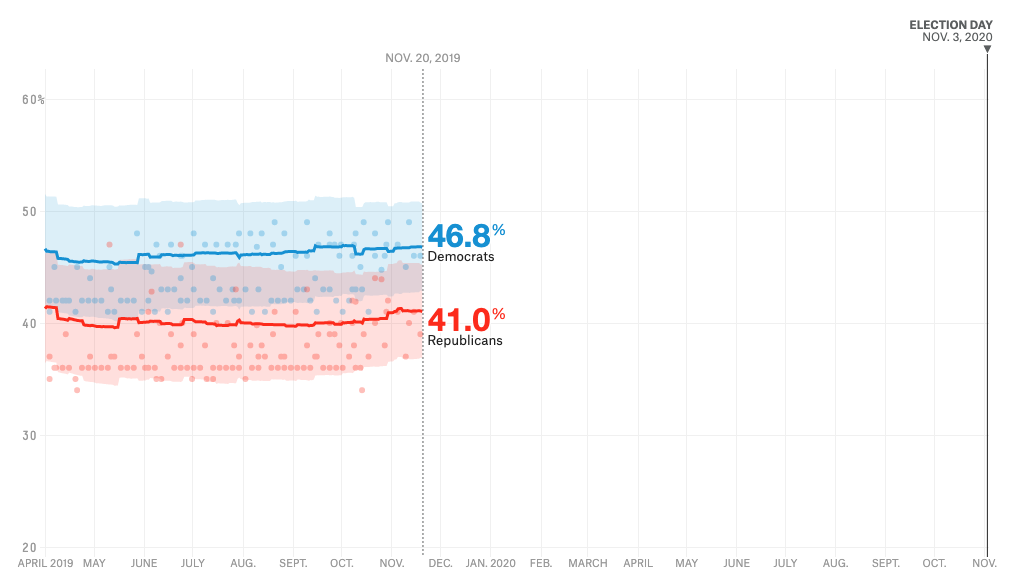