On Tuesday, I wrote about America’s growing love of limes, and the post got a bunch of possible explanations from readers. Chris Umphlett asked, “Are we really eating and drinking that many more guacamole and margaritas?” Other readers also pointed to booze as the culprit:

In an effort to get answers, I looked at how avocado and lime imports compare (avocados make up about 67 percent of guacamole, so they’re a good proxy). 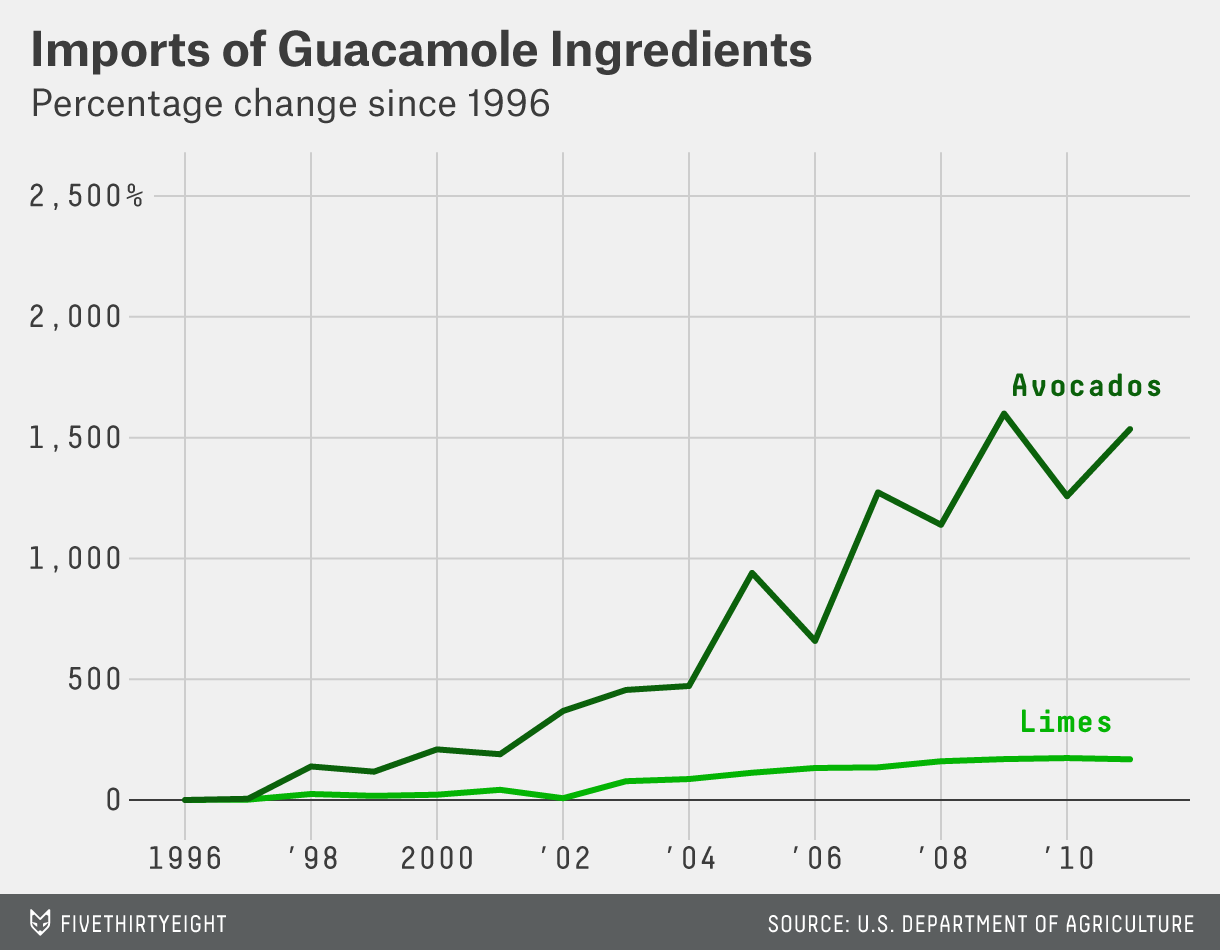 It seems that avocados (and probably guacamole) are every bit as zeitgeisty as limes in the U.S. What about tequila then?

I had no luck on the U.S. Department of Agriculture’s website, so I tried a division in the Department of the Treasury: the loquaciously named Alcohol and Tobacco Tax and Trade Bureau. On its site, I found that the U.S. imported 1,647,443 bottles of tequila in the year to February 2014. Incidentally, that makes tequila imports a lot less popular than whiskey (3,503,245) or rum (4,163,406).

But what we really want to know is how tequila imports have changed relative to limes. We found that using the database of the U.S. International Trade Commission. 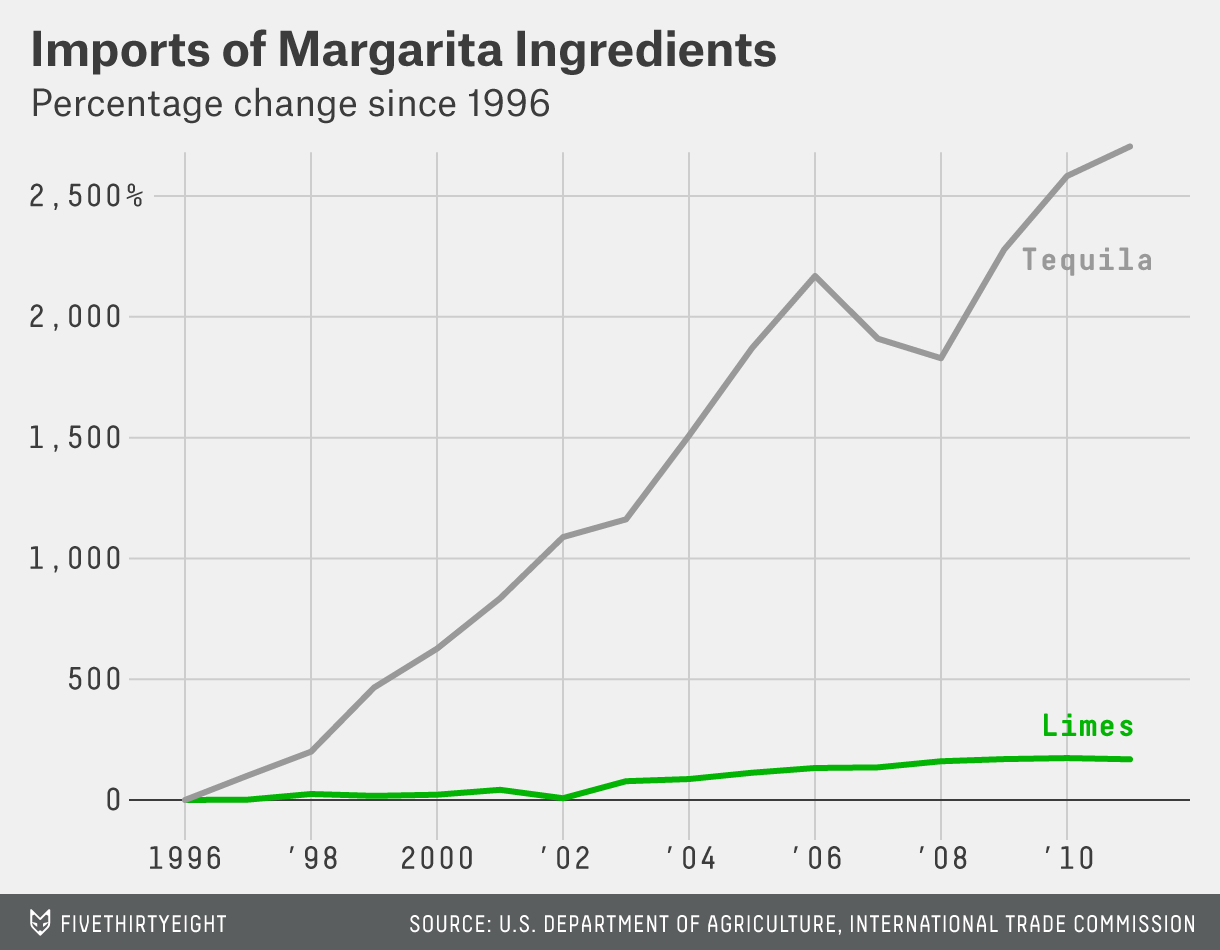