The United States is amid the Great Lime Shortage of 2014. Apparently. According to the U.S. Department of Agriculture (USDA), a carton of wholesale limes will set you back anywhere from a low of $20 in Boston to a high of $40 in Atlanta. Those cartons contain, on average, 50 limes each, so that means the wholesale price of a single lime is between 40 cents and 80 cents. A year ago, it was between 11 cents and 31 cents.

So prices have more than doubled in the space of a year, and it’s not because retailers have become more greedy. Next question: Why?

The lime production map of the U.S. is pretty much one big expanse of unshaded counties. That means that to make margaritas and Key lime pies, the country needs to import its limes. Indeed, imports have risen every year since 2008, up to 480,000 tons of lemons and limes (they’re not counted separately) in 2013-14. Mexico represents about 80 percent of those imports but has been struggling to meet demand because of adverse weather conditions and criminal cartels.

To understand how America came to be so reliant on imports, it’s worth looking at a lime chart of historical demand. We took USDA data on imports and corrected it for population growth. The numbers show how this small green fruit went from niche vogue import to everyday household item. 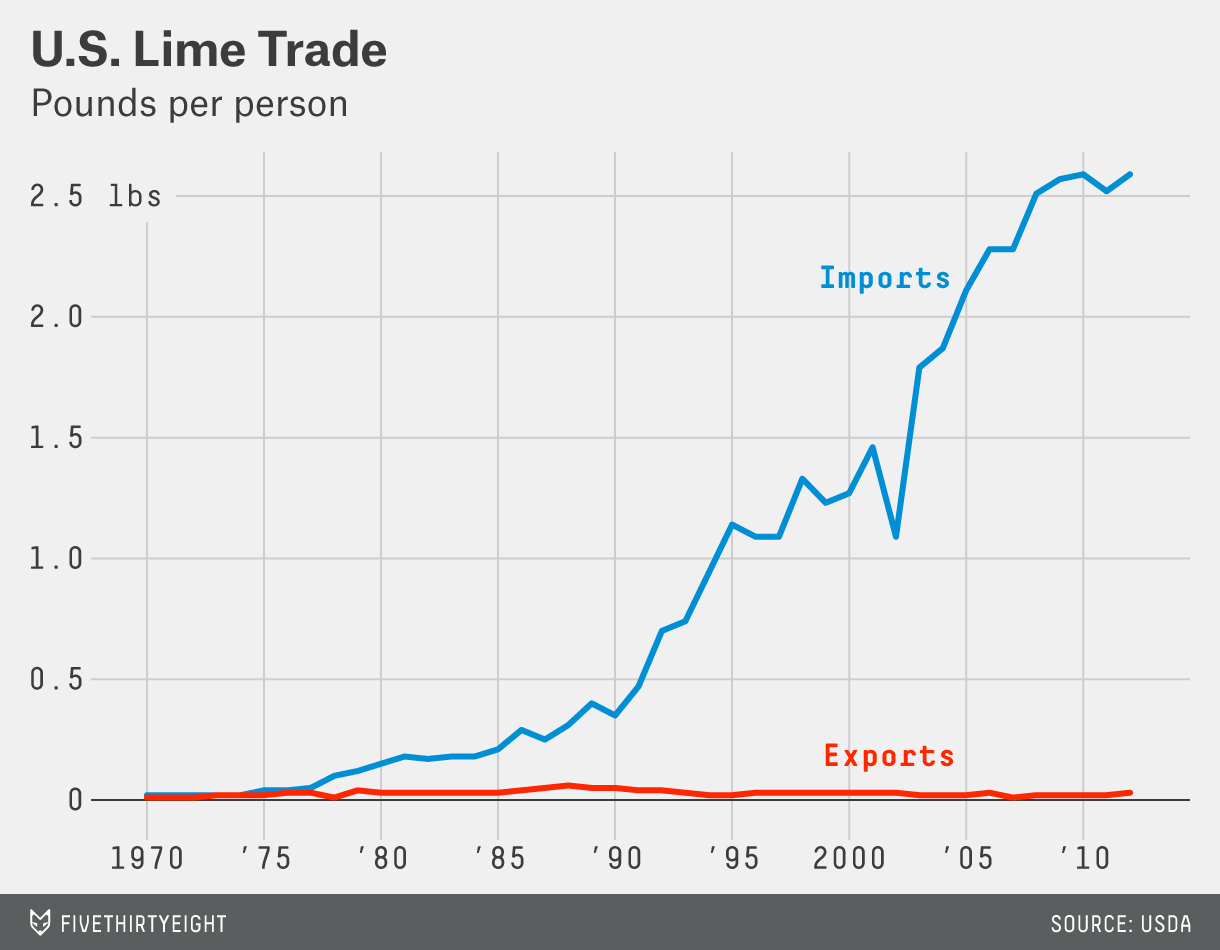