Friday’s jobs report delivered some good news about the U.S. recovery. New data Tuesday provided a reminder of how far that recovery still has to go.

U.S. employers posted 4.8 million job openings at the end of August, the most since the recession ended more than five years ago, according to the Bureau of Labor Statistics’ monthly Job Openings and Labor Turnover Survey, known as JOLTS. There are now fewer than two unemployed workers for every available job opening, meaning job seekers face their best odds of the recovery. 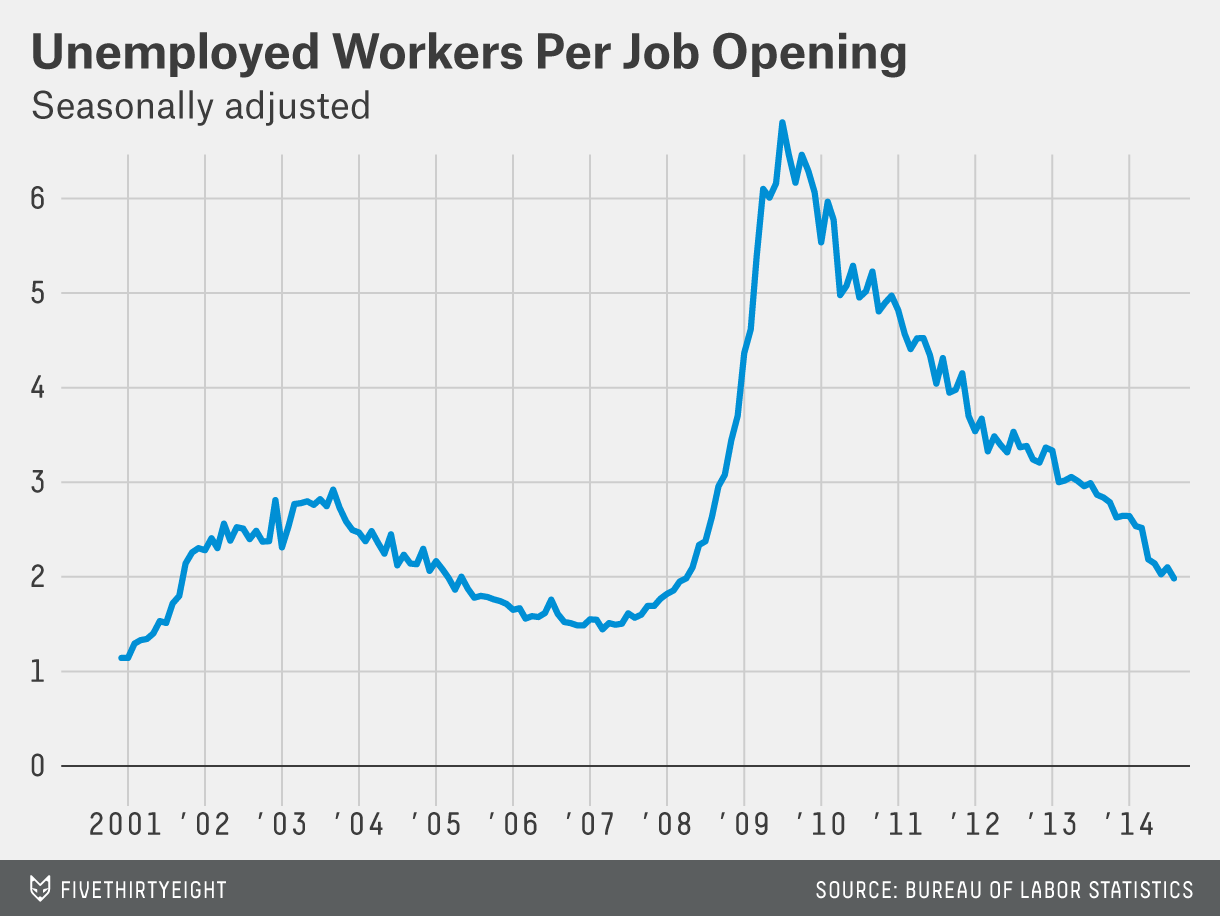 The trouble is that companies are posting new jobs a lot faster than they’re filling them. Employers hired nearly 300,000 fewer workers in August than in July. This has been a persistent problem in the recovery: Job openings have more than doubled since the recession ended, but hiring is up by just 27 percent. 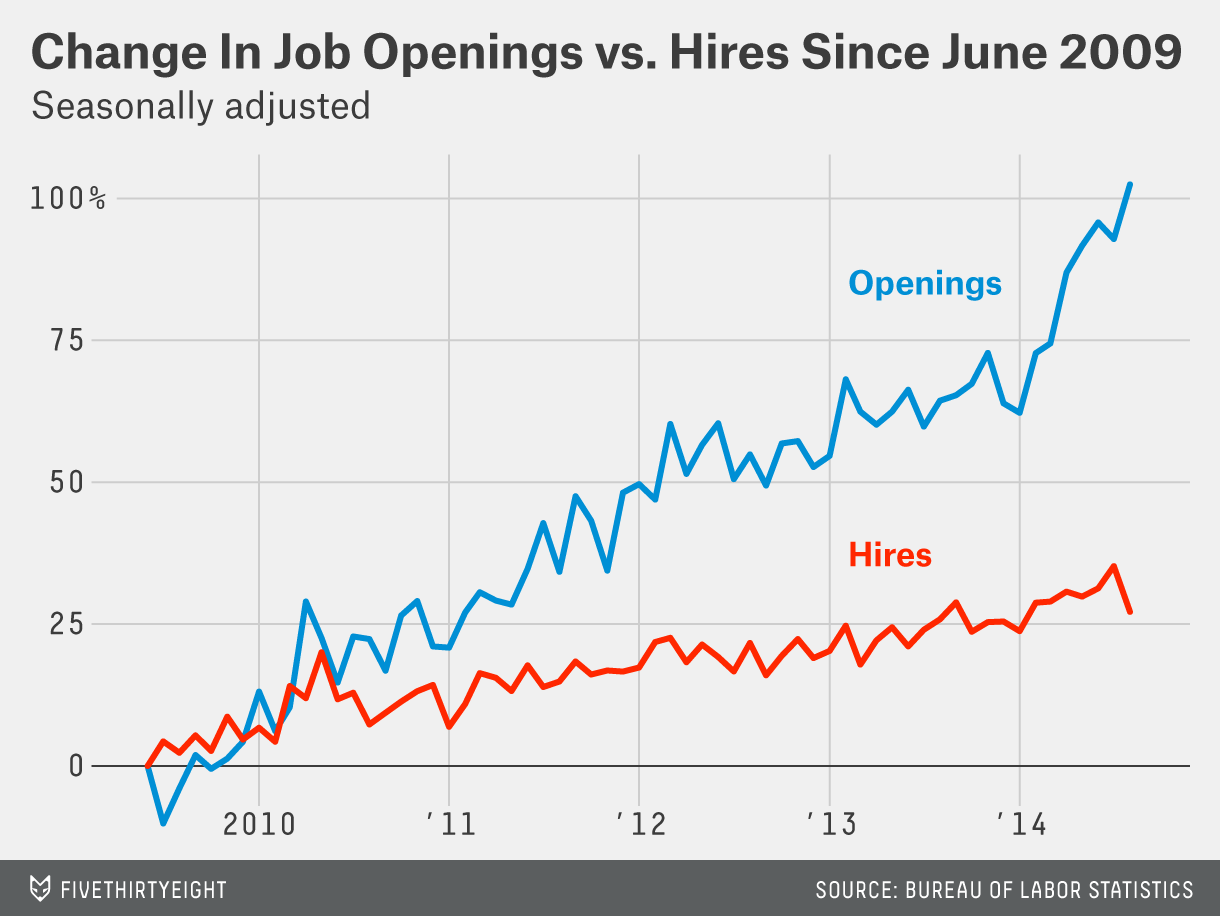 Corporate executives often explain the discrepancy by citing the difficulty of finding workers with the necessary skills. But the lack of wage growth calls that theory into question: If companies are having trouble finding workers, they should be raising pay to recruit the few qualified candidates who are available.

More likely, the economy isn’t strong enough to force companies to hire. There are still enough unemployed workers that companies can post jobs and wait for the perfect candidate.

It isn’t just companies that are being cautious. Workers are, too. The number of workers who voluntarily quit their jobs fell slightly in August and has been essentially flat all year. That’s a sign employees aren’t yet confident enough in the economy to take a risk.