U.S. employers posted 4.6 million job openings in May, according to data released Tuesday by the Bureau of Labor Statistics. That’s up 19 percent from a year ago and marks a new high for the recovery. As the blue line on the chart above shows, openings have accelerated in the past four months and are pretty much back to their prerecession peak.

The red line on the chart tells a more equivocal story. Unlike job openings, actual hiring is well short of prerecession levels, and it isn’t showing much sign of acceleration. But despite a slight down tick in May, the trend in hiring remains strongly positive. (A quick technical note: It may seem odd that there are more hires each month than job openings. This is because the BLS measures openings on a single day — the number of jobs posted on the last day of the month — but measures hiring over the entire month. So a job that’s posted on the first of the month and filled on the 15th will show up as a hire, but it won’t get counted in the tally of openings.)

Other indicators from May’s Job Openings and Labor Turnover Survey (known as JOLTS) were also generally positive. Layoffs remain near an all-time low — at least since 2001, when the government began keeping track. Voluntary quits, an indicator of workers’ confidence, are at their highest level of the recovery. 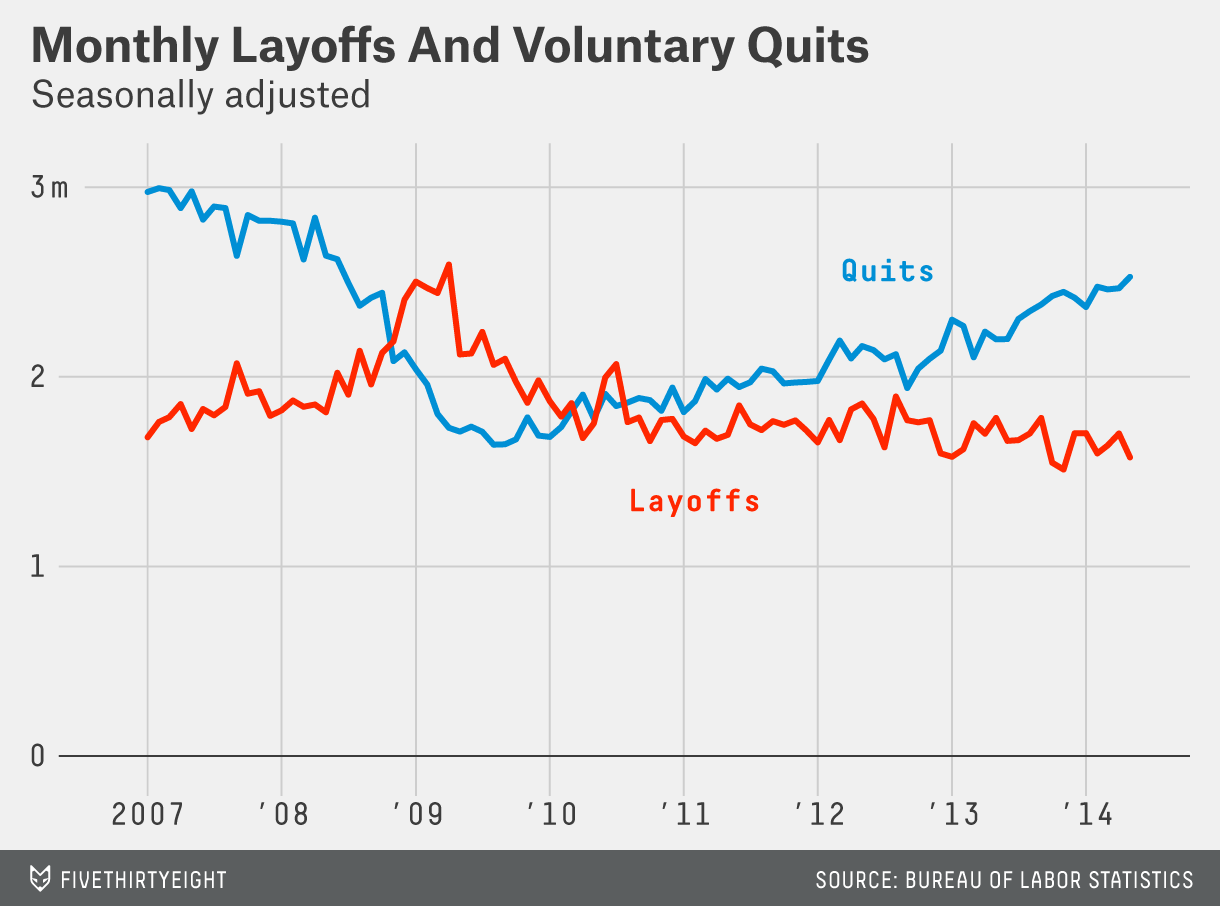 Rising openings and falling layoffs mean that job seekers face less competition. There were just over two unemployed workers per job opening in May, down from a peak ratio of nearly 7-to-1 during the worst of the jobs crisis.

The official count of the unemployed leaves out lots of people who want jobs and, as George Washington University economist Tara Sinclair noted on Twitter, plenty of people with jobs are underemployed. But even using a broader definition of unemployment, the ratio of workers to openings is improving. For example, if we count everyone who says they want a job — whether or not they’re actively looking for one — the ratio of available workers to available jobs is about 3.5-to-1, down from 8.5-to-1 five years ago. And as the chart below shows, the trend is the same if we include involuntary part-time workers (those who are working part time because they can’t find full-time jobs). 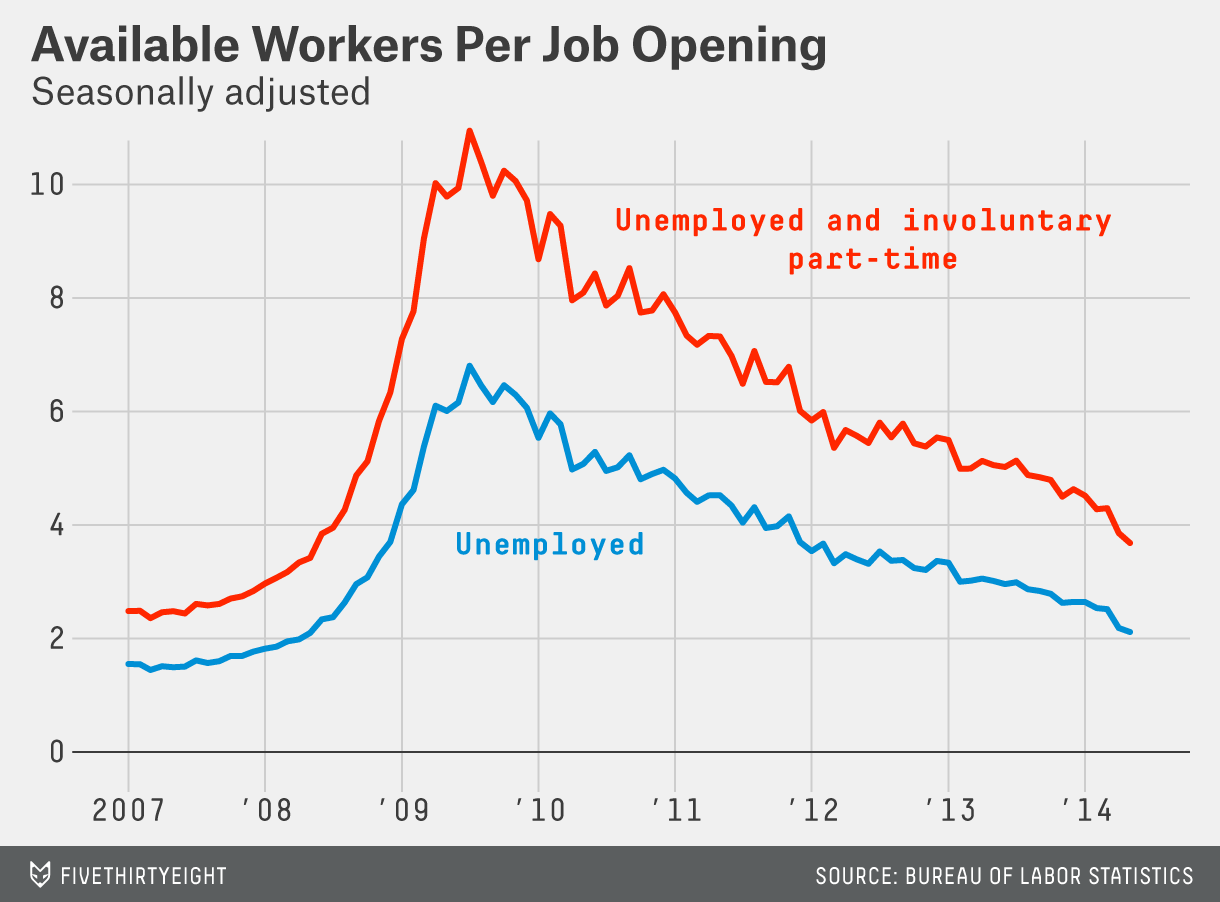 In other words, the job market isn’t back to normal, but it is healing — no matter how you measure it.