We warned you it was possible, and now we know it’s likely: FiveThirtyEight projects there is about a 70 percent chance the Georgia Senate race between Democrat Michelle Nunn and Republican David Perdue will go to a runoff in January. Moreover, it’s unclear who would be favored in a runoff.

Three new polls released Friday showed just how close this race is. CNN put Nunn at 47 percent and Perdue at 44 percent. An Abt SRBI poll for the Atlanta Journal Constitution found Perdue with 44 percent and Nunn with 42 percent. And a Landmark Communications survey had the two tied at 47 percent. With those polls included, the FiveThirtyEight Senate forecast projects a tie, 47.7 percent to 47.7 percent (Nunn has a 51 percent chance of winning).

Up until now, we’ve been keeping an eye on the overall margin and Swafford’s support and ball-parking the likelihood of a runoff. But the FiveThirtyEight model is now explicitly running two forecasts for Georgia, one for Election Day (Nov. 4) and one for the potential runoff (Jan. 6). In the model’s simulations, the winner is determined based on the Nov. 4 forecast unless neither candidate gets more than 50 percent of the vote. If neither candidate gets a majority in November, the model uses the runoff forecast instead. The polls for both are the same, except in cases where a pollster asked both about the Nov. 4 election and the runoff. (We have just two polls that tested both elections: The CNN poll released Friday had Nunn up 4 percentage points in a runoff, and a Public Policy Polling survey from earlier this month. Besides that, no other pollster has surveyed a runoff.)

Because both forecasts use mostly the same polls, the candidate leading in our November forecast likely leads in our January forecast as well. The key difference is how certain the model is. Because the candidates have an extra two months to campaign, the model is less confident in its runoff projection. For right now, this makes very little difference. The candidates are about as close as you can get to a tie in the polls.

It will matter more if one candidate pulls ahead in the polls in the final days of the campaign. If Nunn builds a lead, for example, Perdue will have a greater chance to win than he would otherwise because he could prevent Nunn from getting 50 percent of the vote on Nov. 4 and then surpass her in a runoff.

Indeed, at this point, there’s a lot we don’t know about the runoff. We don’t have much polling evidence on which candidate might have the advantage in January. Besides how the campaign might evolve, we don’t really know who will vote in a runoff. No pollster, even those who have asked about the runoff, have tried to model the electorate in January. As I noted last week, there’s no really good precedent for a January runoff in a midterm election.

One thing we do know: millions upon millions of dollars will be spent if there’s a runoff, especially if the Senate majority is on the line. 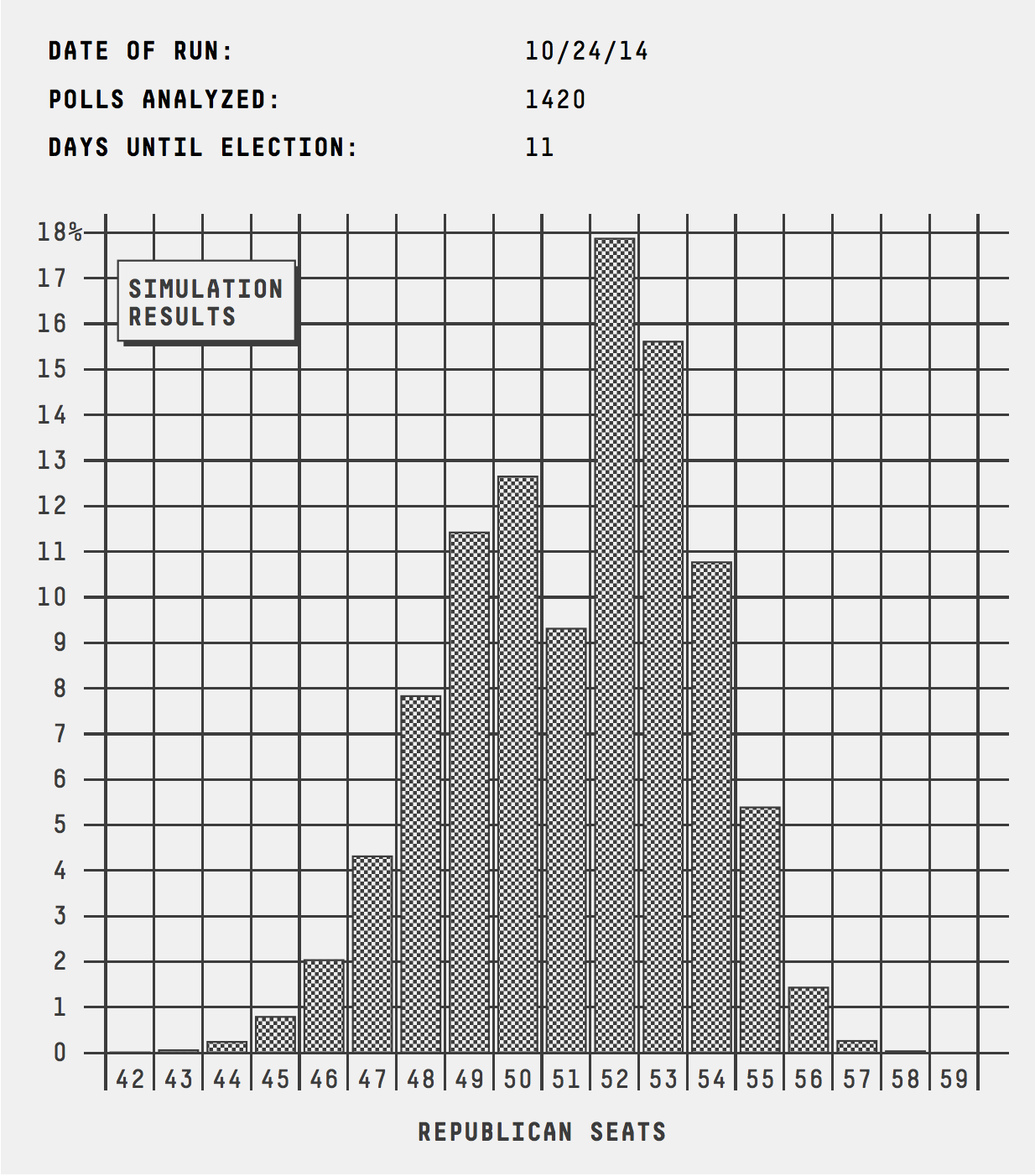