Something funny happened in FiveThirtyEight’s Senate forecast over the last two days. The overall odds haven’t moved much — Republicans have a 61 percent chance of winning a Senate majority — but the second-most competitive race is now in a state that hasn’t been paramount in the minds of most political analysts: Georgia.

The model now gives Republican David Perdue a 66 percent chance of winning in the Peach State and a tiny 1.4 point lead over Democrat Michelle Nunn. We project Perdue to fall just short of a majority in November, which would trigger a runoff in January.

To those that follow these updates regularly, the movement in Georgia shouldn’t come as a surprise. Nunn has always been close (just not this close). Three weeks ago, I wrote an article headlined “A January Runoff In Georgia Is Getting More Likely.” Nunn was down by 3.2 percentage points then.

The thing that moved our forecast the most was a SurveyUSA poll released this week showing Nunn ahead 48 percent to 45 percent. It was the first time SurveyUSA, which ranks as one of the best polling firms in our pollster ratings, showed anything other than a Perdue lead. Other Georgia polls from Landmark and GaPundit.com have shown Nunn ahead at times, but neither has as good of a record as SurveyUSA.

The movement in SurveyUSA’s polls appears to be real, and the National Republican Senatorial Committee and Democratic Senatorial Campaign Committee are both pouring more money into Georgia.

There’s still a lot we don’t know about the race. We haven’t had a gold-standard poll there since the beginning of September. Back then, Abt SRBI (polling for the Atlanta Journal Constitution) found Perdue ahead by 4 percentage points. The battle for funds also appears to be shifting. Perdue edged out Nunn in fundraising in the third quarter. Nunn had been substantially out-raising Perdue.

What’s becoming increasingly clear, however, is the importance of Libertarian Amanda Swafford’s campaign. In the last two SurveyUSA polls, she has earned 3 percent of the vote. That has shrunk slightly from earlier surveys; it’s not uncommon for a third-party candidate to fade down the stretch. But if Swafford’s vote percentage holds, either Perdue or Nunn would need to beat the other by at least 3 percentage points to avoid a runoff. Perdue’s current lead wouldn’t cut it.

Who would have the advantage in a runoff? Unfortunately, very little polling has been done testing Perdue vs. Nunn without Swafford. A Public Policy Polling survey from earlier this month found that Perdue’s 2-point lead on Nunn with Swafford expanded to 3 points without her. PPP also found white voters would be more likely to vote in January than black voters, possibly benefiting Perdue. Again, though, it’s only one survey.

Recent history doesn’t offer much guidance either. One possible precedent is the 2008 Senate election in Georgia. Republican Sen. Saxby Chambliss initially finished with 49.8 percent of the vote to Democrat Jim Martin’s 46.8 percent, triggering a runoff. Chambliss won that contest 57.4 percent to 42.6 percent, as the share of black voters dropped off.

But that race took place in a presidential year, after a general election featuring the first black presidential nominee on a major-party ticket. It probably isn’t the best comparison for this year. In Louisiana’s 2002 Senate election, African-Americans made up a larger share of runoff voters than they did in the initial election.

As our forecast indicates, Perdue is favored to get more votes in a one-on-one runoff matchup against Nunn. And that runoff could, depending on how other states vote, determine control of the Senate. 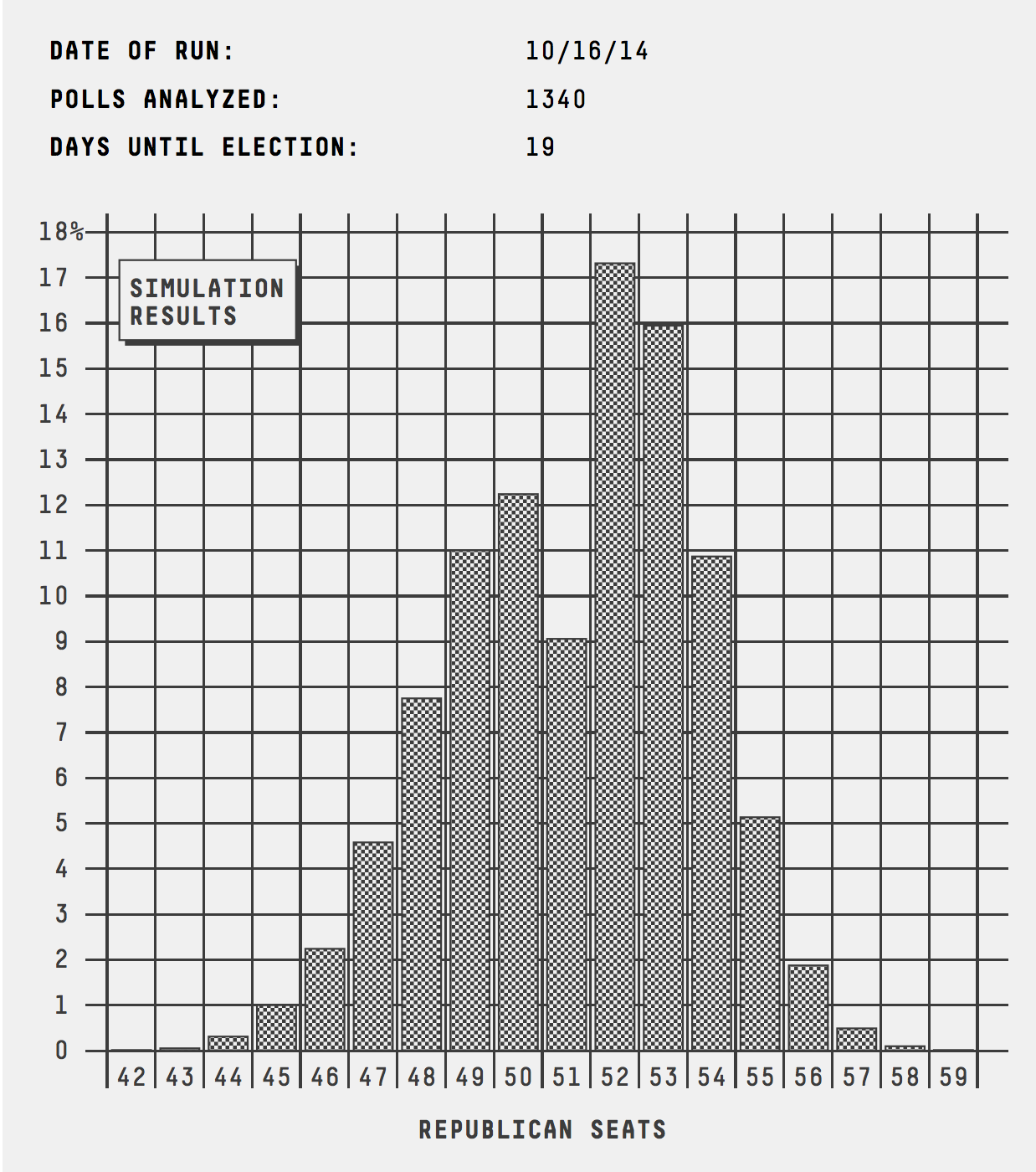