FiveThirtyEight’s Senate forecast has Republican chances of taking back the Senate at 56.4 percent — basically unchanged from the 56.5 percent we showed Tuesday.

The forecast barely budged because the Senate model doesn’t take polls at face value. Fox News polls throughout this election cycle have had a fairly strong pro-Republican house effect, a measure of how a pollster’s results compare to other polls. For instance, Fox News’s generic ballot has shown Republicans up by 7 percentage points among likely voters for two polls in a row, while the average pollster has shown Republicans up by 3 points. Looking at national and state data, Fox News currently has a +3.6 percentage-point pro-Republican house effect.

The model adjusts each poll accordingly:

Except, you’ll note I skipped over Kansas. The new Fox News survey there showed Republican Sen. Pat Roberts up 44 percent to 39 percent, after previously giving independent Greg Orman a 6 percentage-point lead. Additionally, a CNN poll released Wednesday found Roberts up 49 percent to 48 percent. These are Roberts’s first leads against Orman. We need more information to confirm these surveys, but the FiveThirtyEight model calculates Orman’s chance of winning dropping from 67 percent to 60 percent.

Outside of the Fox News polls, Democrats got good news in Georgia, where Michelle Nunn’s chances of winning rose from 26 percent to 30 percent. Nunn’s odds inched up because she was down only 1 percentage point to Republican David Perdue (46 percent to 45 percent) in a new SurveyUSA poll. For the first time, the FiveThirtyEight model forecasts Perdue to capture less than 50 percent of the vote (49.9 percent). There’s a wide band of uncertainty around that forecast, but if no candidate gets a majority, it would mean a runoff in January to determine the winner.

There were a lot of polls released Wednesday. But account for pollsters’ house effects, and things look more stable (just keep an eye on Kansas and Georgia). 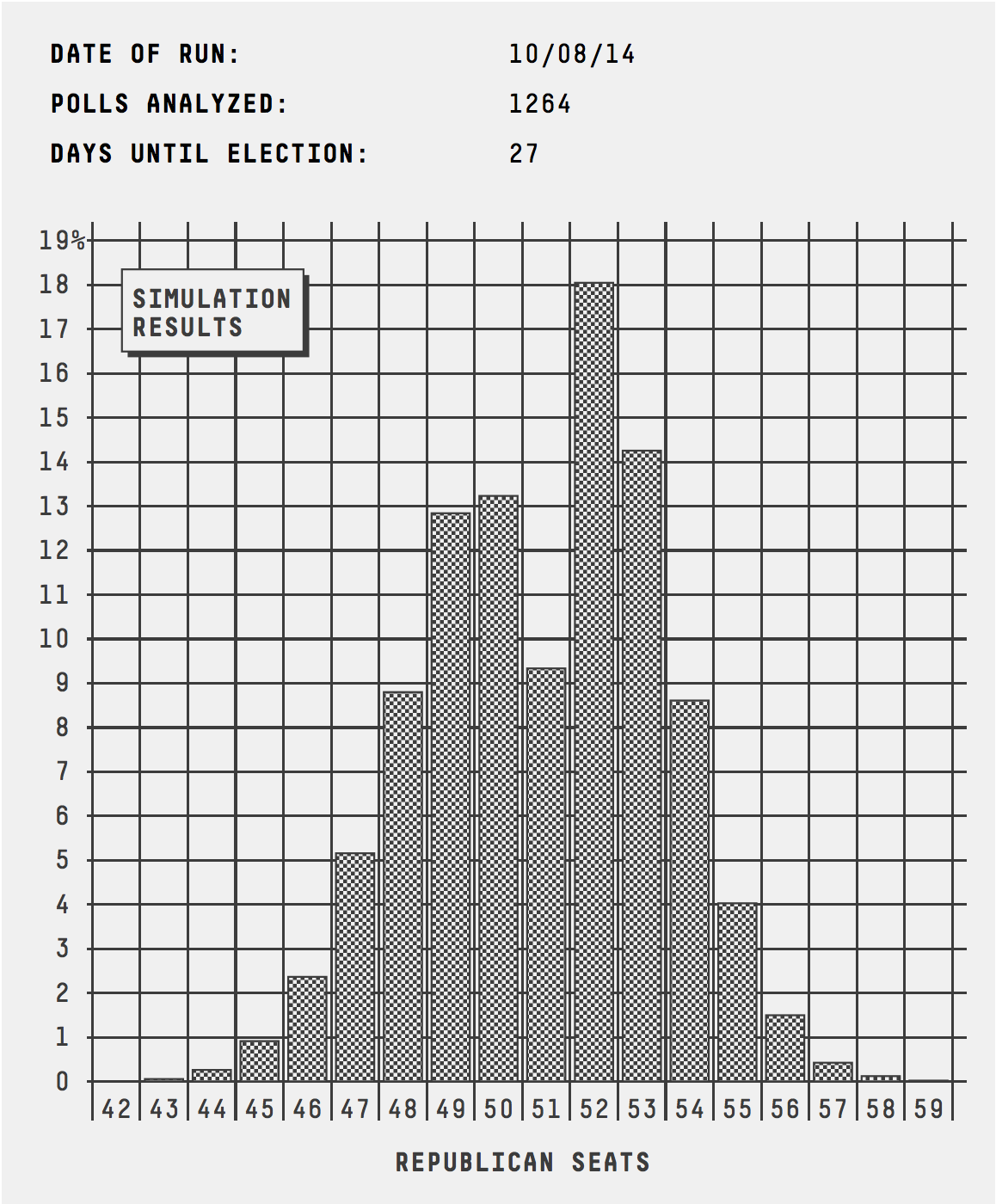