FiveThirtyEight’s latest Senate forecast gives Republicans a 59 percent chance of gaining control of the chamber, up a single percentage point from Tuesday. The forecast was mostly stable despite new polls coming out in several key states.

In New Hampshire, New England College put Democratic Sen. Jeanne Shaheen ahead of Republican Scott Brown, 47.1 percent to 46.6 percent. But be careful about reading too much into this poll. New England College’s results have been volatile. This pollster had Shaheen up by 11 percentage points just over two weeks ago.

Additionally, the 10 non-campaign polls released in New Hampshire in September showed Shaheen with an average lead of about 4 percentage points. FiveThirtyEight projects Shaheen to win by 3.4 points, which is down a point from Tuesday, but she is still a 79 percent favorite.

The biggest poll of the day was in Kansas, but even that may not have been what it seemed. Suffolk University found independent Greg Orman with 46 percent and Republican Sen. Pat Roberts with 41 percent. FiveThirtyEight’s forecast didn’t budge, however, giving Orman a 58 percent chance of winning.

This was actually a bad result for Orman — worse than any poll we have that didn’t include Democrat Chad Taylor, who dropped out of the race. Twice previously, Public Policy Polling (PPP) found Orman up by 10 percentage points in a two-way matchup with Roberts. Fox News had Orman ahead by 6 points.

Moreover, Suffolk has traditionally had a Democratic-leaning house effect, a measure of how a pollster’s results compare to other polls. The model adjusts for this, nudging Suffolk’s result 2 percentage point toward the GOP. Fox News surveys have a 3 percentage-point pro-Republican house effect, and PPP has a negligible one.

Adjusting for house effects, the previous surveys in this race showed Orman up by 9 or 10 percentage points. The Suffolk survey indicates a lead closer to 3 percentage points. Again, it’s important not to overemphasize any trend with so few data points, but this wasn’t as good of a poll for Orman as it might look at first glance.

With just four polls taken in the race, the fact that Kansas typically favors Republicans in federal elections (i.e. the fundamentals) continues to play a role in our projection. It’s weighted to be 13 percent of our forecast, which is 5 percentage points more than any other state in which both candidates have at least a 20 percent chance of winning. That reflects how much uncertainty there is in Kansas.

We need more data to have a more confident idea of where this race is heading. The Taylor-less campaign is only now getting underway. More than a third of voters — 36 percent — still have no opinion of Orman, according to the Suffolk survey. Just 14 percent of voters have no view of Roberts. With Roberts so well known, the deciding factor in the Kansas race may be who defines Orman. 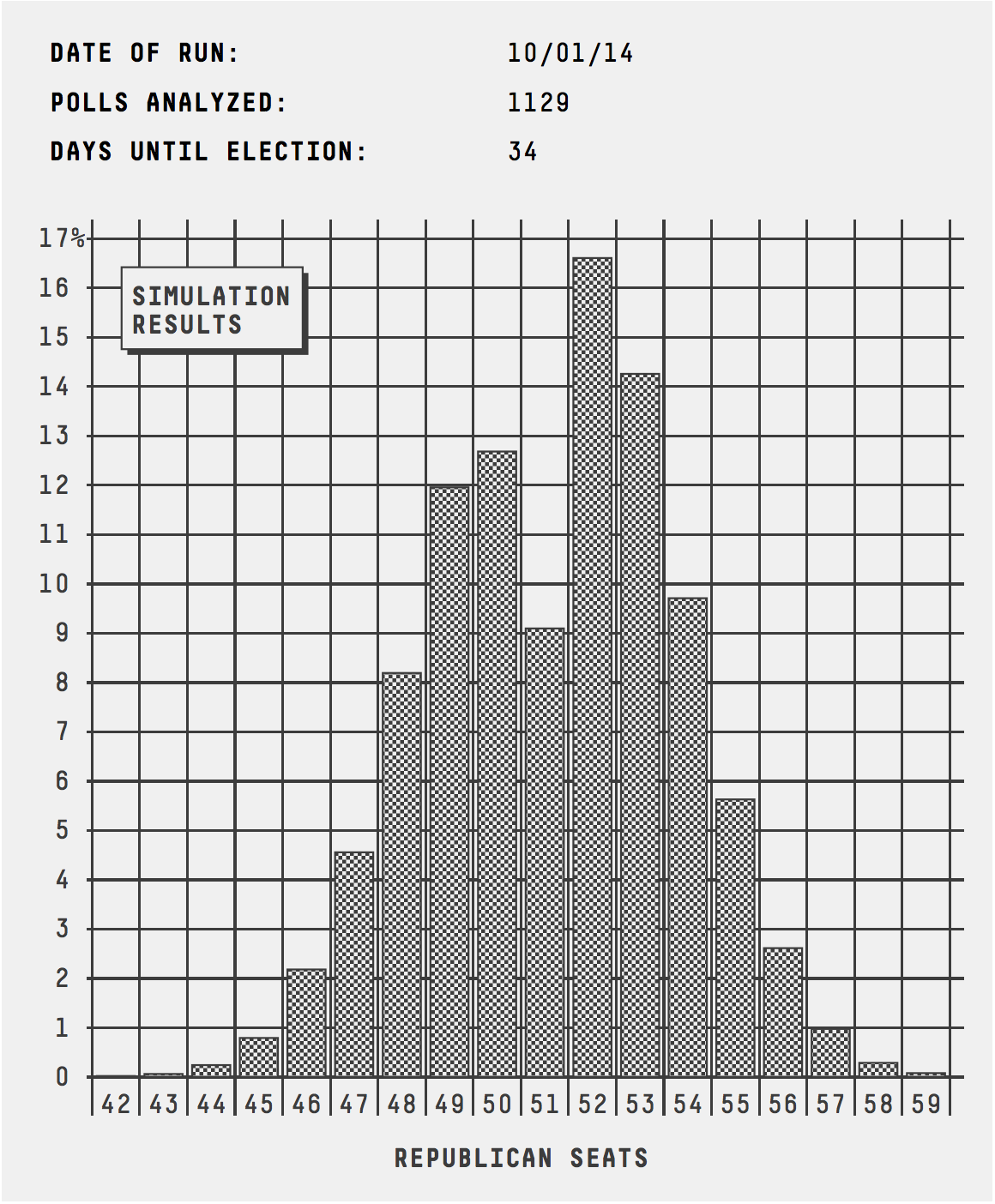